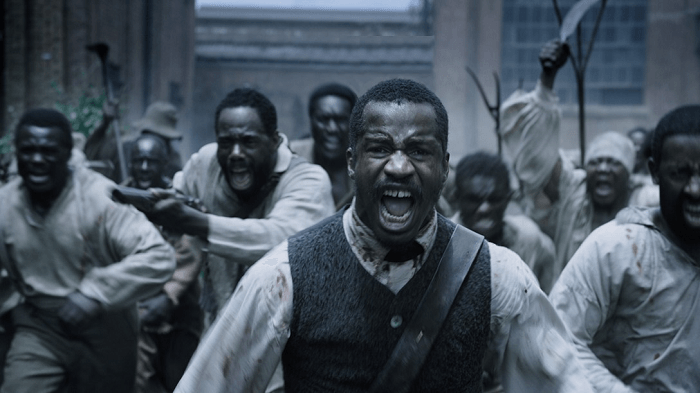 There was a point a few years ago where I wanted to be done with period films and TV shows. Either they had so few Black people in them, it was as if we were to believe they hadn’t been invented until the early 70s. Or, the opposite, the show was about Black people and was supposed to show the unflinching horror and somehow by movie’s end, the triumph of Black people in the face of evil incarnate. I didn’t drift from these movies because of what they showed, but mostly for what I felt the bundle of them implied: here’s some racism from fifty years ago or one hundred and fifty years ago because we don’t dare show you the racism that happened this morning. While not exclusive to slavery movies, slavery movies do indeed make up a large share of those productions. I can understand the person fatigued on that setting. It’s like getting a shot at your doctor appointment. Maybe it wasn’t a big shot that leaves your arm sore for a week, but they still shoved a sharp metal syringe into your shoulder. Likewise, even a really good slavery movie is still, a slavery movie and I can empathize with not wanting to always indulge that.

[quote_left]This was my most anticipated movie release of this year, but probably beyond that as well.[/quote_left]A Birth of a Nation was supposed to be (and ultimately, probably will be) different. This isn’t the story of a slave overcoming horrors and indignities, being separated from their family, educating themselves, then escaping from the plantation with the help of some really nice White dude along the way. A Birth of a Nation is based upon the story of Nat Turner, the man that led the largest slave revolt in North American history. Nat Turner’s story didn’t end with him crawling through swamps to escape the cotton fields and creating his own family in the north, it ended when the cavalry rolled in because Turner led a group of slaves from plantation to plantation, killing slave masters and anyone who looked like them while taking over their property. Nat Turner’s rebellion is almost mythic in the cannon that is Black rebellion in the United States. It is a story so many of us know, but never thought we would see in a major theatrical release, not in a venue that still depends upon White patrons to be financially successful.

To say the least, I was excited for the film when I heard about it breaking records at Sundance for how much it was purchased for and the overwhelming acclaim at its screening. When the first theatrical trailer released, I siphoned away time at my day job to write about it in my rawest, must guttural growl. This was my most anticipated movie release of this year, but probably beyond that as well. I used to question the timing of bad news when delivered at the feet of the newly famous or promoted, especially when it involved Black men. I don’t anymore though because I finally became smart enough to realize that if the news was true, then it didn’t matter [cue the ‘Bill Cosby was about to buy NBC’ folks].

Nate Parker, the director and star of A Birth Of a Nation, was accused of and went to trial for raping an 18 year old student with his then roommate and co-writer of A Birth Of A Nation, while at Penn State University. The details are troubling. No, the details are pretty disgusting. They include an allegation of the two men assaulting the student after a night of drinking where the victim testified that she was unconscious at the time. Parker was acquitted, the transcripts stating that primarily because he had consensual sex with the woman before, while his co-defendant was found guilty and sentenced to six months. The difference being that he didn’t have the same history as Parker did with the victim.

There has always been this perverse dance that we, the general public does, with those that famously entertain us. Sometimes, it’s the expectations we place on our fellow humans who may have an extraordinary talent that brought them into our consciousness. So often, we are at our most righteous when judging celebrity. We like to pretend we know what it’s like to have ten million people interested in our every activity and can’t understand how someone gets caught smoking weed in front of a camera. We cheered and cried for a gymnast and her historic achievement four years ago while criticizing her hair (while she did backflips, folks) but she didn’t put her hand over her heart during the national anthem and suddenly she’s not worth supporting.

But it’s never really about the thing we criticize the celebrity for, at our worst (and normalized) it’s about how much we like the thing that they do to entertain us in the first place. Woody Allen could make a movie tomorrow and he’ll draw an A-List cast from Hollywood. Amy Schumer joked about Latino men being rapists long before Donald Trump launched a campaign off that idea and she’s still the busiest woman comedian in media right now. For me, the Nate Parker issue hits me on a level that both angers me and shames me.

[quote_right]But it’s never really about the thing we criticize the celebrity for, at our worst (and normalized) it’s about how much we like the thing that they do to entertain us in the first place.[/quote_right]I am so proud to be a Black man. No real analogy will capture that. My defense of Black men in the presence of the knives that hunger for us daily is sound and hardened. It is why I can’t support Parker’s ambitious art, even when he needs the voice of people like me the most to support and sustain the intent of it. If you don’t believe in the ways that patriarchy governs the air we breathe, then there is absolutely nothing you’ll agree with in my following words. The violence of men against women and femmes is as pervasive and consistent as the rising sun. Mostly, because we have normalized it, explained it away. Blamed the victim, developed the boys will be boys mantra and installed fellow men as the gatekeepers of any justice that would be served for such violent actions. And while it is a problem of men, it is also a problem of Black men, who sit at the intersection of being a victim of violence in this country and permeating it themselves. Which makes its more frustrating frankly, to see so many take the pain we endure and sharpen it into a weapon against the women that watch over us, comfort us, protect us. At the very least, it is about accountability. Yes, Parker was acquitted and I don’t believe in infinite punishment, but when he concludes his statements by saying, “I have since moved on and been focusing on my family and writing career,” that simply isn’t good enough. Saying you made some mistakes when you were in college doesn’t exactly sum up sexually assaulting an unconscious woman with a co-conspirator, especially if you’re never really willing to speak specifically to it (“made a lot of mistakes,” “17 years ago,” “grew so much since then,” etc). Realistically, as an editor of a modest website, my not reviewing A Birth of a Nation may not make any impact upon the hype and reception of his film, but it is the only way I know to attempt holding my fellow Black men accountable for the violence we sometimes initiate.

It is not a tool of the righteous that I say this, I don’t judge anyone going to see the movie or reviewing it, these choices are made on a personal level with individual reasoning. I remember when the Mary Sue announced they would stop covering Game of Thrones because of the persistent violence against women that the show seemed to bathe in. I respected the decision, but didn’t make that same decision for the site itself because I felt like the issue being inside of the content gave me an opportunity to still critique and analyze it (even within the humorous tone of the recaps I used). But for me, this is about the face and navigator of the art itself. Not supporting is the best way I know to support those I deeply care about, the women and femmes that carry scars of assault and / or face down a culture of rape and violence every day they wake up. And honestly, if it helps to let Parker know that his actions aren’t tolerated, then it is support for him too.