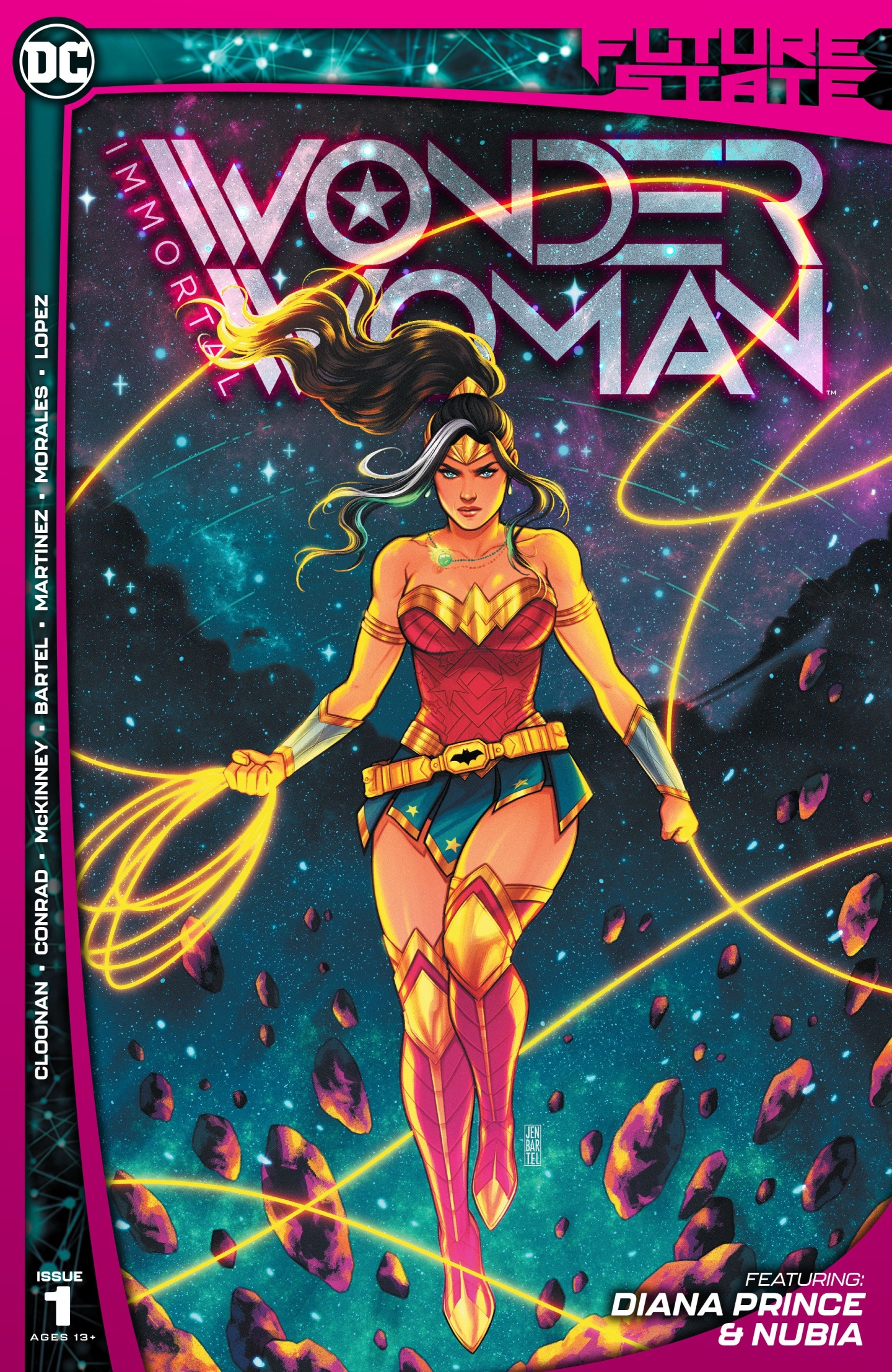 In the first half of this debut issue, we follow a slightly older Diana Prince, which means this story takes place in the far future– the end of time specifically. She’s barely aged a bit, with only a streak of gray in her hair to mark the passage of time.

The story follows as she gathers the strength to make one last stand on Earth before it’s destroyed by a group of space dwelling monsters called “The Undoing.” They look like giant shadow pterodactyls in space, and they’re just as terrifying as that sounds. They seem to devour worlds like Galactus.

If that wasn’t enough conflict for you, Diana is one of the last people alive with any power to do anything about it. The age of heroes is long past, and a handful of Amazonians, a geriatric Superman, and a dying Swamp Thing are all that stands in the way of Earth’s destruction.

On top of the solid entry to the story, Jen Bartel’s art is something to behold. She perfectly captures the essence of Wonder Woman: hope, compassion, and truth. All of this is prevalent in Bartel’s interpretation of the character. And those colors? Saturated so well that each passing page gives you a dopamine hit. This may be Jen’s DC interior debut, but I doubt this is the last time we’ll be seeing her art inside of one of their books.

The second story in this issue follows Nubia, Diana’s twin Amazonian sister with a head of hair that deserves its own ongoing series.

Nubia’s story isn’t nearly as far into the future, and it follows Nubia as she lives a life away from Themyscira, operating as Wonder Woman in the man’s world. She stops a robbery of an ancient artifact with strong properties that can open doorways to other realms and test the integrity of space time. In the middle of the scuffle, she gets a vision from the artifact, finding out that its origins may be closer to home than she may have thought.

Immortal Wonder Woman reminds us that no matter who dons the name, Wonder Woman isn’t going anywhere anytime soon, and when other heroes fade, Amazons will always persist.

9 Silver Fox Amazons out of 10