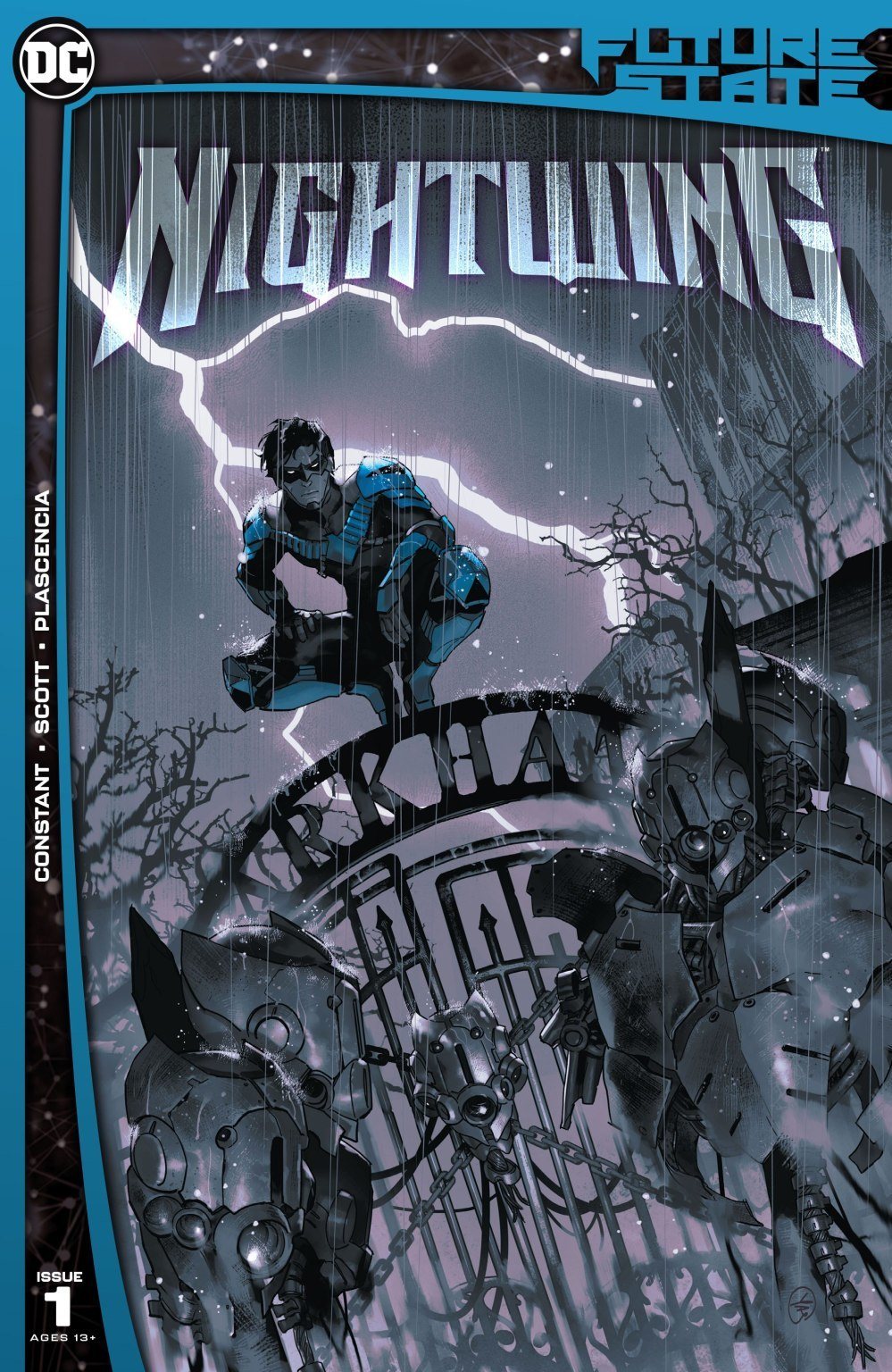 Spinning out of the narrative of The Next Batman, is Nightwing: Future State. It features our beloved veteran firm-booty crime fighter, but he’s missing his lighthearted demeanor and is much more like his mentor than he’d probably like to admit.

That’s because he’s living in a Gotham City controlled by the Magistrate, a weird paramilitary organization enforcing the new rule against masked crime-fighting. Nightwing is public enemy number one. At this point in the story, the Magistrate knows that Nightwing is leading an insurgency of vigilantes that are pushing back on their new authority. They’re hoping that if they can take Grayson down, the rest of the group will fold. Seems unlikely given that didn’t happen when Batman died, so why would it be different this time?

This book also features a little bit of the new Batman, which furthers the connection between it and some of the other books. There is an overarching story simmering, just beneath the surface.

It’s cool to see some connection between the Future State books. Some of them are one-off possible futures, but the interconnectivity between some of the books seems to point to the possibility of more to come down the road. If that is at all true, they can have my money right now.

What I liked about this book besides the contrast of the familiar-but-different character to a familiar-but-different locale is this Nightwing’s design. They put my mans in some thicc kevlar armor and gave him a sturdy chin strap. That’s how you know dude wants all the smoke and has hands for anyone and everyone. My guy looks ready to throw down at any moment. Guess that’s what happens when the whole city is looking for you. All I’m saying is, I’m really into the upgraded suit. It keeps the Nightwing essence while giving it the practical improvement needed for the darker plot.

In another dark twist, Nightwing’s base of operations is in an abandoned Arkham Asylum. If that isn’t enough intrigue for you to check out this book, there’s a shower scene where you may or may not get a glimpse of those ‘Thicc Grayson’ Night-Cheeks (last one, promise).

Future State: Nightwing gives us a different perspective of Gotham City, as Nightwing is on the run from the ever determined Magistrate.