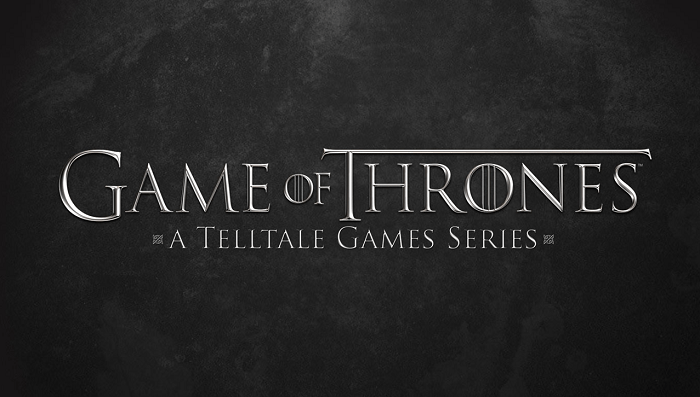 ***Spoilers for the Game of Thrones story through “A Song of Ice and Fire”, book three: “A Storm of Swords” or season 3 of the TV Series***

With Telltale games redefining the adventure video game over the last few years, when they announced that Game of Thrones would be one of their 2014 releases (along with Tales from Borderlands), it seemed like a perfect match. While sword clashes, pushing boys from four story towers and really, really terrible weddings are often the flashy takeaways from George RR Martin’s epic tale, the political maneuvering, alliances and betrayal are what define it. With a game that focuses so much on choice, who remembers those choices and its consequences, then Game of Thrones fits snugly into that play style. In the opening episode of Telltale’s latest, they hit the mark on most things and miss the target on a few.

It’s hard to explain the plot too thoroughly without spoiling how it develops, but you begin the story as Gared Tuttle, squire of Lord Gregor Forrester. House Forrester is loyal to Rob Stark, The King in the North, before his unfortunate…circumstances. This causes chaos in Westeros of course, but especially for the Northern Houses that have are now left scrambling for allegiances and protection. The story doesn’t just stay in the North however as we are treated to the capital of political entanglements, King’s Landing.

While the story jumps around between characters, they all center around the internal and external machinations of the Forrester family and trying not to get the Forrester House decimated any further. Familiar faces show up for Thrones fans throughout, all with the vested interest in who the Forresters align themselves with and how the plan to use their much talked about ironwood as a resource. The story takes the best of the Thrones political maneuverings and puts you squarely in the middle of them. Rarely is there a “good” response or action as opposed to “one that you don’t think will kill you immediately, even if it does down the line.” Every decision is treacherous, and like the show, you will seldom know what domino effect a choice makes in the world until it comes back against you from a different angle. Even in this first episode, the alliances and motivations of the characters you deal with weave in and out of each other. At some point you have to trust someone, but there’s no clear choice who that should be.

There are three separate “acts” or “characters” that you will play through alternatively throughout the first episode and that might be why it feels a little over-long. While the story is never uninteresting, there were several times I felt like the episode was ending when it wasn’t. Perhaps being a veteran of Telltales games by now, I might have been too comfortable with their natural rhythm. But if Game of Thrones is anything, its unconventional and this is no exception.

The voice acting should get a lot of credit here as well. While you will spend a lot of time with characters not seen on the TV show, when the characters that have become standards on TV appear, you’ll instantly feel at home with them. All of the recognized actors and actresses from the show voice their characters if they appear in this episode and nobody sounds out of step. Special shout out to Lena Headey, who’s voice is equal parts silk and terrifying when you are forced to stand in judgement from the Queen Regent.

As far as graphics go, this looks like a Telltale game with the trademark stiff animation and flat backgrounds. Which works well for say, Tales from Borderlands or Wolf Among Us, but not necessarily for Game of Thrones. With such a focus on plotting and frankly terrible people, the show displays such an ease for which they represent themselves, but this game doesn’t do that very well. They have changed up their general aesthetic some with an acrylic type of look that does well for backgrounds and tapestry, but not necessarily in the character models. This isn’t a bad looking game, it just doesn’t work to the strengths of the show’s narrative and keeps it from being one of Telltales best efforts.

With the backdrop of the Game of Thrones mythology, this first episode does a great job of setting you down in this world and having the political movements around you feel authentic and true to the source material. Some odd choices were made graphically that can be distracting at times, and this first episode tends to drag on for a bit, but the unexpected turns and cliffhanger ending make up for it. A very good first episode and original story within a story for A Song of Ice and Fire fans.