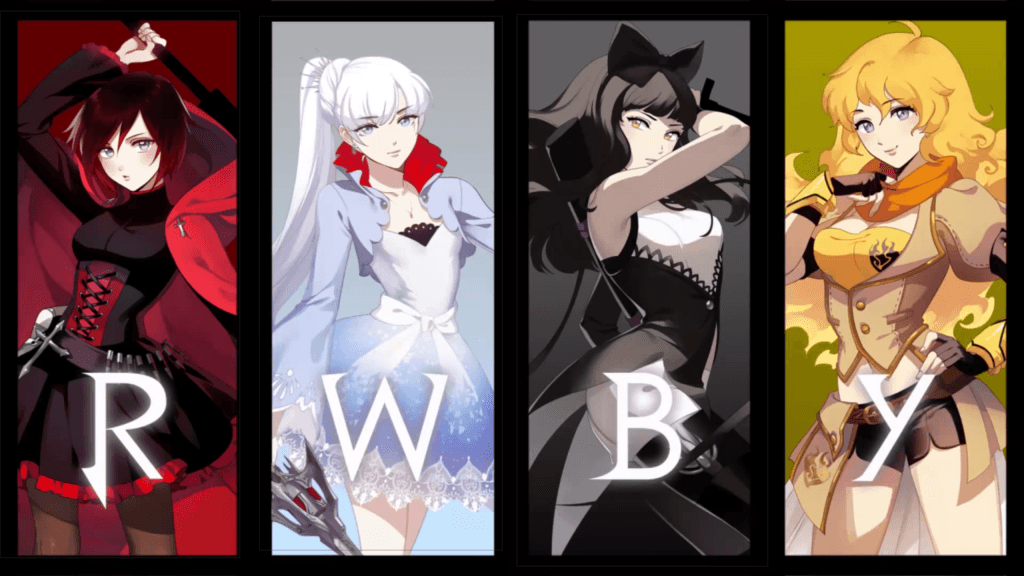 RWBY which is usually dubbed as “Ruby” because trying to pronounce RWBY would most likely cause a lot of frustration, is finally coming back for Volume 4 (season 4) this Saturday on October 22nd! RWBY was created by Monty Oum of Rooster Teeth, who sadly died from an allergically induced coma last year on February 1st, 2015, and his impact on the series is sure to be felt for the rest of its lifetime. The folks at Rooster Teeth released a short teaser of the new season’s animation on YouTube so check it out!

If you enjoyed watching that then you would also enjoy watching the previous 3 seasons on Rooster Teeth’s website. Because this is a very story driven show, we won’t be going through a summary of it but instead give a general overview of the series. RWBY follows a girl named Ruby Rose as she goes through the daily life of a student at Beacon academy which is a school that trains people to be hunters and huntresses to go out and fight the evil monsters in the world known as the Creatures of Grimm. While there, she reunites with her half-sister Yang Xiao Long and becomes friends with Blake Belladonna and kinda sorta friends with Weiss Schnee it’s sort of an “I’m stuck with you so I’ll deal with it” sort of thing for a while, you know?

As you can imagine, there is a lot that goes on with these characters and some side characters who are just as interesting as the main cast. If you really want a short summary of the things that have happened in the first three seasons Rooster Teeth made a convenient video for you on youtube but we recommend you watch it yourself for that “wow” factor. 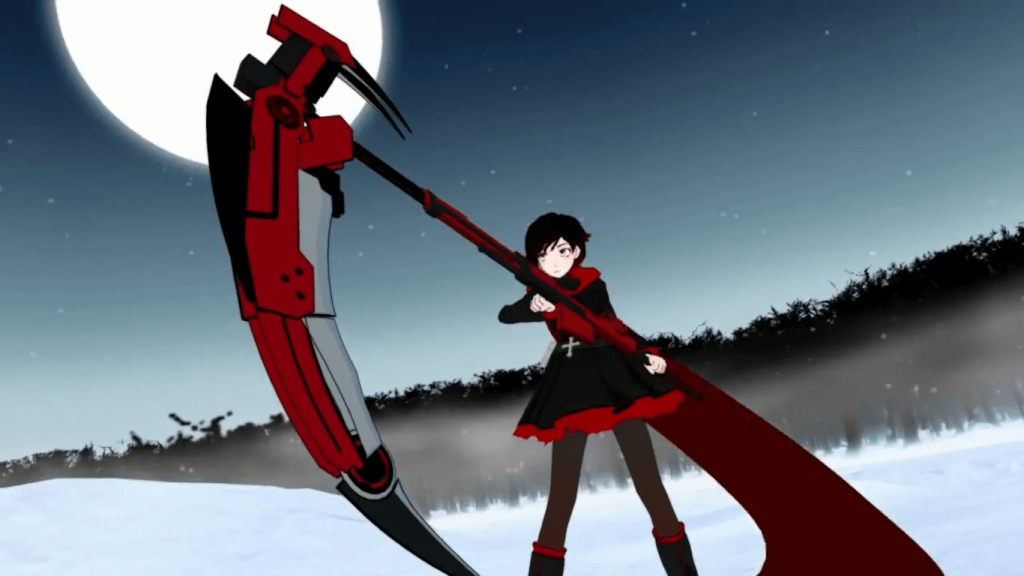 The world of RWBY is filled with magic, magical weapons, magic hair, magic voices, magical scenery. The show is magical if you couldn’t tell by that subtle description. Most weapons have a multitude of ways you can use them. Ruby’s scythe can be used as a gun to shoot things or to propel herself forward at a blazing speed of force to give her attacks some oomph! The story can go from extremely silly to “OH NO, WHY’D THEY DO THAT TO MY FAVORITE CHARACTER?” pretty quickly so it has a good mix of everything in it. The fight choreography is breathtaking and seeing the different fighting style mesh together is something that never grows stale.

It’s just about as great as any good anime out there. RWBY is a show that became much more than anyone thought it would be and has a huge fanbase full of cosplayers and writers making all the fan fiction their fingers can type up. Monty Oum’s creation is entering its fourth season this weekend and all of his fans and all of the show’s fans will be eagerly anticipating the premiere and can’t wait to feel his presence resonating throughout the show. So if you never knew about RWBY, “If you don’t know now ya know.” If you want to get into RWBY now you can! Just take that leap you won’t regret it. One more thing, the music in the show is amazing like amaaazing so we’ll leave you with the opening of the first season.