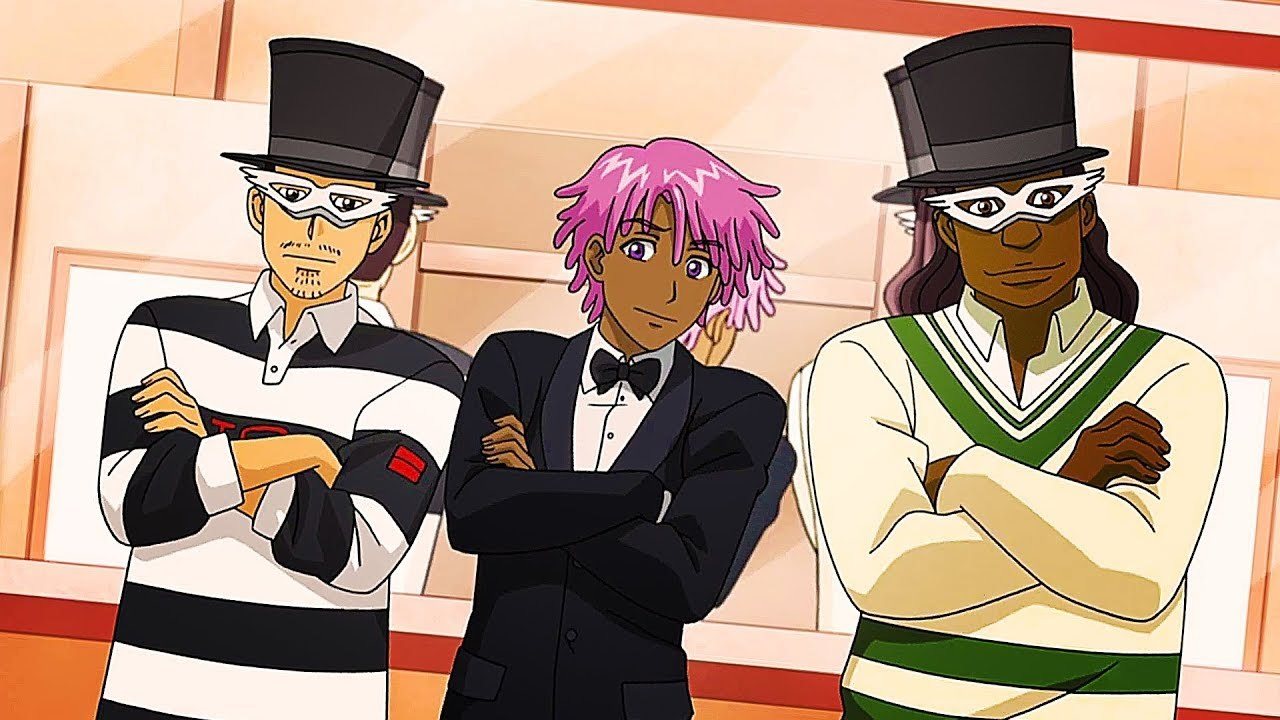 Lord help the poor souls for whom Neo Yokio is their first introduction to anime — and let that same Lord (whatever benevolent nerd deity presides over these sorts of things) bless the brave souls who watched this inane attempt at entertainment knowing that so much greater anime exists in the world.

Neo Yokio, a Netflix original series created by Vampire Weekend’s Ezra Koenig and starring the vocal talents of Jaden Smith, Jude Law, Susan Sarandon, Jason Schwartzman, and Steve Buscemi, among many others, takes place in a futuristic New York City that’s underwater south of 14th Street. In this version of New York, which is randomly and inexplicably peppered with elements of Japanese culture, one’s social standing — showcased on the all-knowing “Bachelor Board” in Times Square — is of the utmost importance, and those with old money look down upon the “magistocrats,” demon-slaying members of the elite who have worked their way up, through exorcisms and social engagements, into the class of nouveau riche (aka “Neo Riche” ::queue eyeroll::). Our hero (a term I’ll use with the same degree of irony that Neo Yokio overuses to no end) is Kaz Kaan, a young magistocrat who spends his time exorcising some demons but even more time complaining about his social status, shopping, and bemoaning his relationship status to his friends and mecha British butler, Charles. And what’s the plot, you may ask — a fitting question, but one for which Neo Yokio has no answer. The show literally follows Kaz as he mopes around, goes on errands, and tries to figure out how to become the most eligible bachelor in Neo Yokio. If there’s a reason why we should care about Kaz’s problems, it’s unclear. After all, with its fixation on brand names, fashion, and the superficial minutiae of Kaz’s upper-class life, Neo Yokio presents itself solely as a satire of classism and commercialism in our culture, right? Maybe.

That’s just the problem — it’s unclear. For all its posturing about class, Neo Yokio never actually commits itself to saying anything about it. We see the characters bask in their privilege and throw around their money carelessly but the only instance of real contrast is when we see how Kaz treats Charles and the few characters he briefly encounters in the service industry (including the sales clerk at Bergdorf’s, whom he only refers to as “sales clerk”) with utter disregard. The characters — and the show in general — exist in a kind of vacuum, making it impossible to determine whether the show is taking itself seriously or not at all — and if it’s satirizing a group of people or an idea, who or what exactly that is. None of the characters are written with any depth and none of them reveal the show’s true aim. Sure, fashion blogger Helena St. Tessero awakens to the superficiality of Neo Yokio and initially seems like she’ll be the lens through which we may see the satirized world (think the smart, incisive gaze of Daria, who reveals the stupidity of those around her), but she too is exaggerated to the point of no return (read: is turned into a terrorist-recluse), leaving us with equally fatuous celebrations and dismissals of this upper-class life. But Neo Yokio, like that kid in your M.F.A. class, is more interested in throwing out concepts than actually saying anything meaningful about them. (Also, like that kid in your M.F.A., he makes random references to classical music and Blake poems — admittedly cute but also wholly self-indulgent and masturbatory.) Aware that it’s an unfortunately rare representation of diverse characters in anime, the show makes a link between racial and economic politics, or rather it attempts to; it would be more accurate to say the show presents the dots but fails to connect them. Similarly, in the especially terrible fourth episode, “Hamptons Water Magic,” the show presents, then tries to call out, Kaz’s misogyny. This is complete with an inappropriate bit of dialogue making light of rape culture, the troubles of the male gaze, and insensitive views on trans identities but does so, ironically, all through male voices. There’s no real exploration of gender politics, and there are no women voices who speak to the matter — which is all forgotten by the end of the episode, by the way.

Neo Yokio, for all its focus on building this bizarre world, is surprisingly tone-deaf when it comes to what it aims to represent. What we could assume to be innocent references to anime tropes and Japanese culture feel unnecessary and even appropriative. There’s the sense that it’s an anime written by that guy you know who says, “Hey, yeah, I’ve watched anime. Let me talk at you about what I know about Japanese culture” but fails to do anything more than use those cultural referents (i.e., Ranma ½, Sailor Moon, hikikomori, etc.) as garnish in the conversation to make himself look cooler. 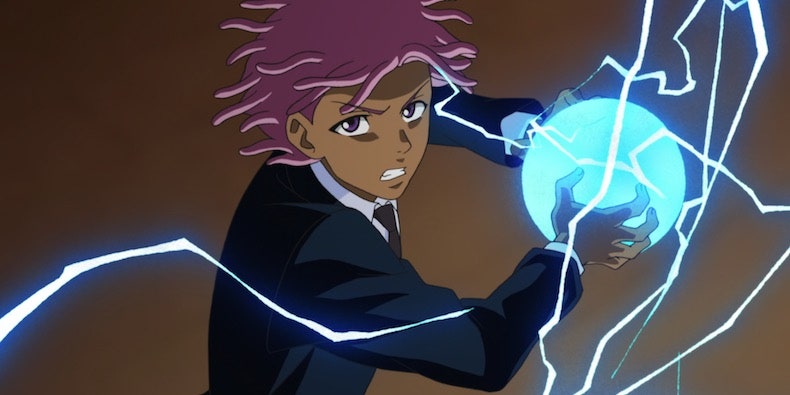 There’s also the terrorist attack on the Bachelor Board and the presence of the Twin Towers, the tops of which are the only visible parts of the now sunken downtown Manhattan. Once again, it’s unclear who or what is being satirized in the final episodes about the terrorist attack, but either way, the show knowingly or unknowingly undercuts the tragedy of such terror attacks like that on 9/11. In the presence of Neo Yokio’s Twin Towers, the show creates a reality in which the attacks never happened; it’s a brazen erasure of a disaster in which many people’s lives were lost. This didn’t necessarily have to be the case, but Neo Yokio tends to present symbols, themes, iconography, and ideas that it has no intention of exploring in any depth, creating this glut of always sloppy and sometimes offensive writing.

The real mystery of Neo Yokio is that there are so many talented actors involved in a show that tries so hard to do nothing, just like its protagonist. It even ends in the exact same place as it started in a final flourish of hipster-style irony. But the sour cherry on top of the already unappetizing sundae is Jaden Smith, who brings Kaz to life with such a flat, nasal, impossibly annoying voice. In the end, it’s hard not to get the sense that the show is just one of Smith’s own experiments in irony, as the dialogue all seems in line with his particular brand of nonsensical Twitter-ready declarations that cause us to ask: Is he joking? Or is he for real? Ultimately, who knows? Neo Yokio certainly doesn’t.

If I never see a giant Toblerone again, it will be too soon.