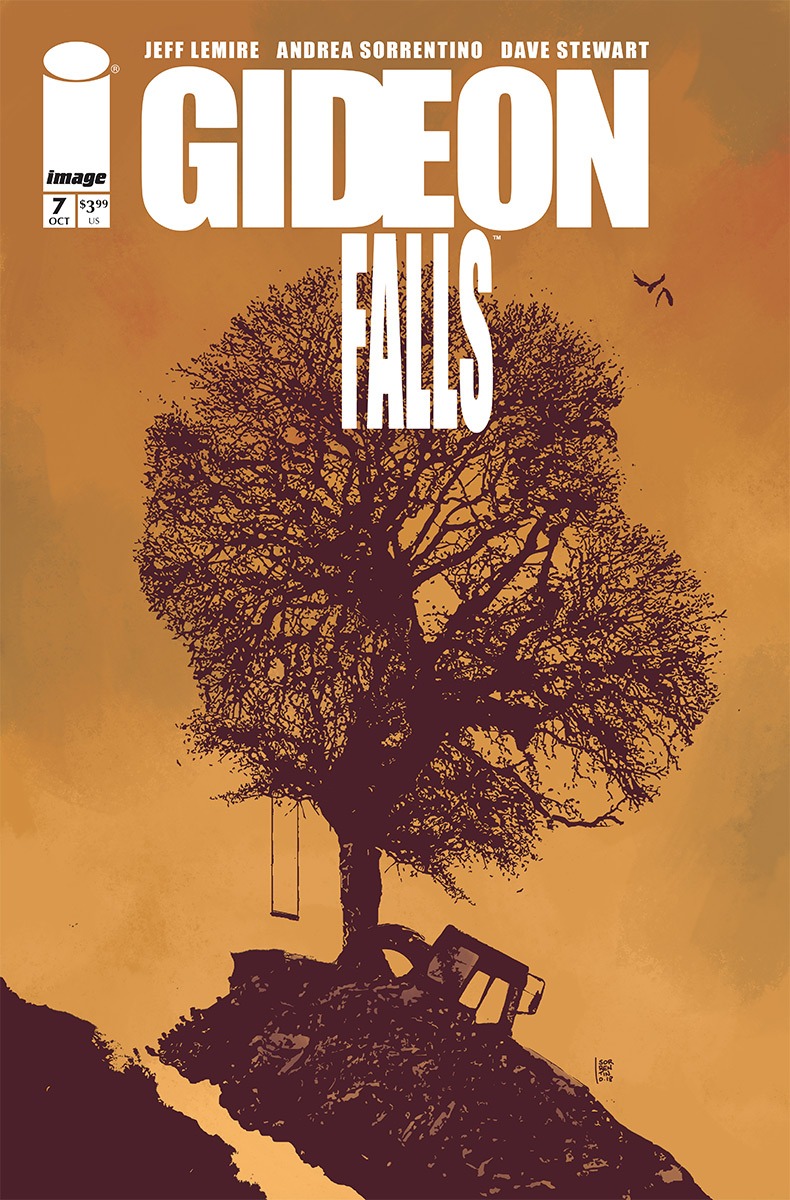 The Sum of Its Parts

So much of the first arc of Gideon Falls was shrouded in mystery. Dark, enigmatic forces were working covertly in the background while our protagonists, Norton Sinclair and Father Fred, stumbled their way around anxiety inducing world. With Gideon Falls #7 and the start of the second arc, Lemire and Sorrentino make it very clear that the darkness lurking in the corners is now going to be taking center stage, and we will ultimately regret asking to know more about the origins of the Black Barn.

The format of the story hasn’t changed since last issue. Lemire bounces back and forth between Norton working with Dr. Xu on the reconstruction of the Black Barn and Father Fred dealing with the denizens of the otherworldly realm wreaking havoc on his constituents. It’s still phenomenally balanced and having a window into each story keeps the pacing fresh and the plot moving briskly. Seven issues in, Lemire has also made the decision to involve more and more of the secondary characters to prominence, although the stark divide between urban and rural plot lines remain intact. 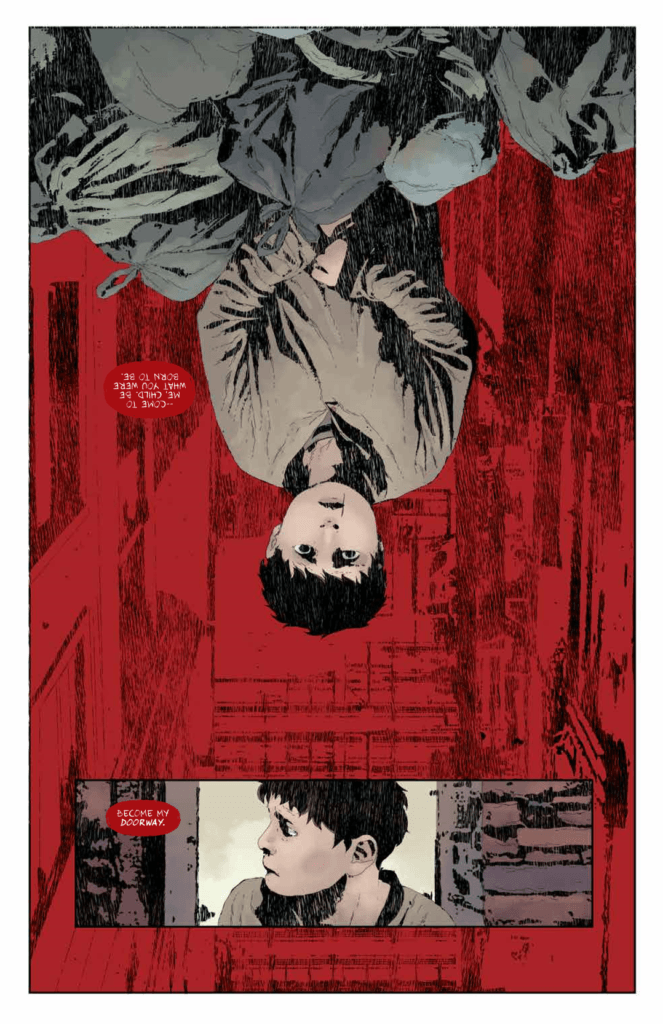 Not to be upstaged, Sorrentino’s visual work remains one of the selling points of the series. Between the incredible pencil work of Sorrentino’s and Stewart’s magnificent coloring, you get a wide gambit of horror movie vibes all in one comic. Whether it’s the malevolent red indicating the impending presence of the Black Barn or the slightly brighter hues of flashback sequences that still manage to evoke the familiar fears of childhood, each page is grossly engaging and bolsters the already strong dialog.

It is entirely unsurprisingly that Gideon Falls was optioned for a TV series. It is a brilliantly constructed story that engrosses the reader with its clever writing and awe-inspiring art. This is a title you’re definitely going to want in your pull list.

Reading Gideon Falls? Check out our other reviews here.