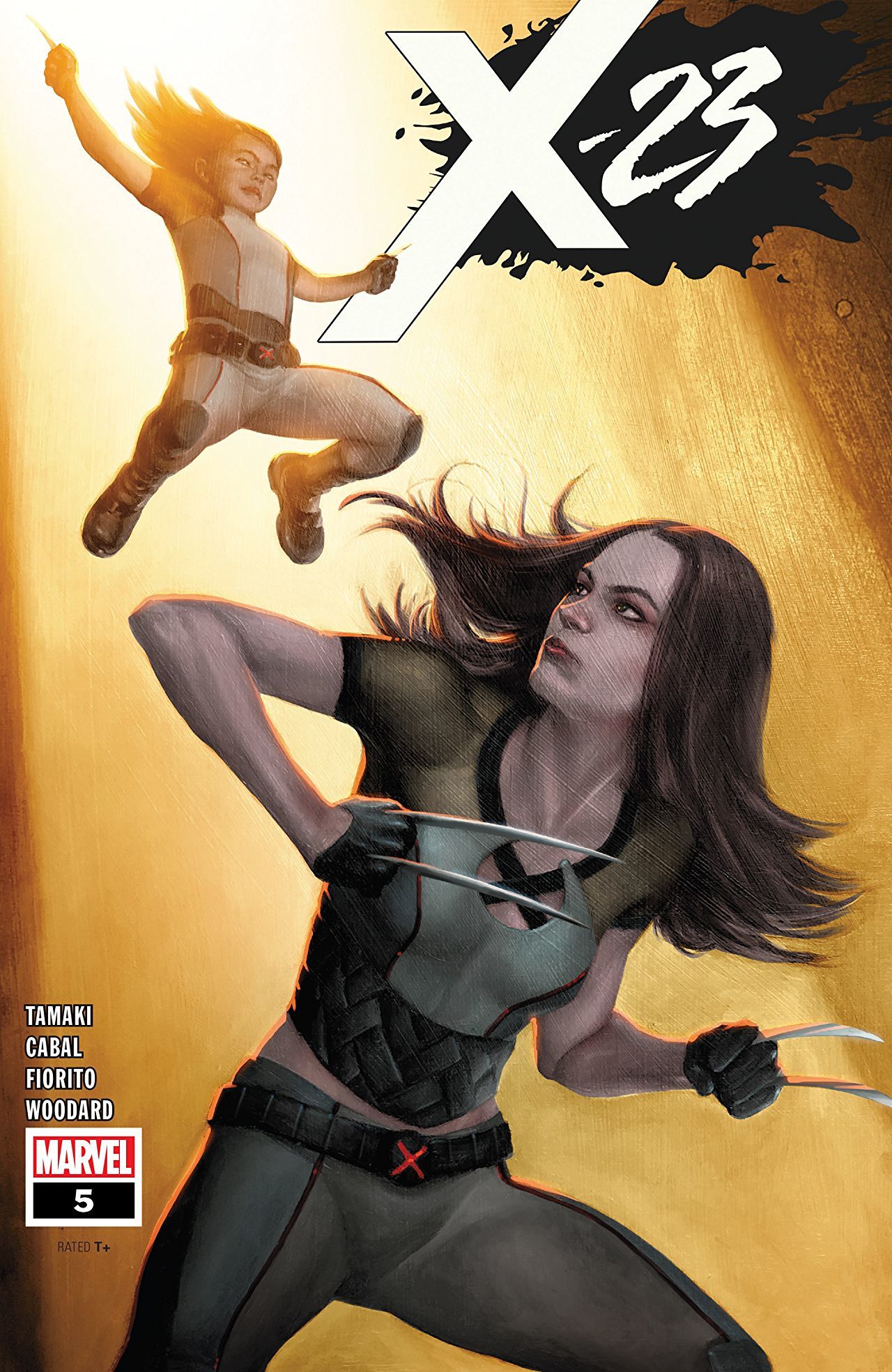 I’m sorry to say that the conclusion to the first arc of X-23 is kind of lackluster. As appealing as the X-23/Sophie psychic mind trip is, the execution isn’t as exciting. It all ends pretty much how you would expect it to end. I’m not too disappointed, but I hoped for something a bit more exciting than the predictable.

With Sophie co-jacking Laura’s mind and Mindee helping out, they pretty much put an end to the Esme/Dark Gabby combination real quick. In fact, Esme doesn’t really take advantage of her host body. She’s acts like a diva the whole time and pretty much drops the good sister act the second there are hints of her betrayal. 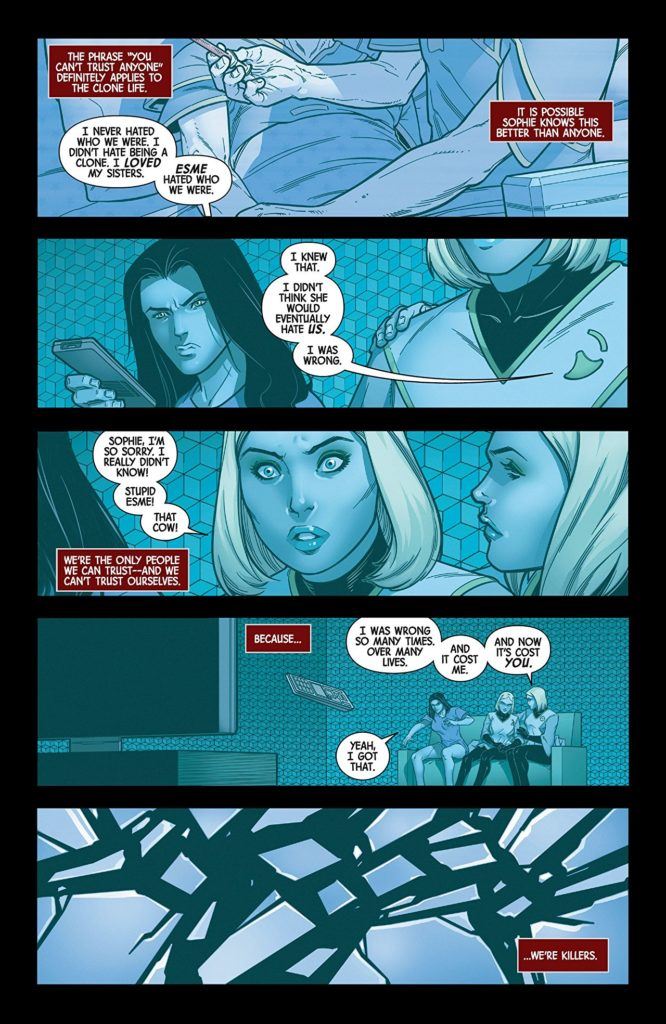 In fact, I’m convinced Esme was trying to commit some form of Hari Kiri the way she was going, either that or she truly feels she’s invincible in Gabby’s body. Even with the odd’s supremely stacked against her, she’s quick to attack her sisters and try to take on Laura/Sophie one on one. I think that’s what bothered me about this issue. I kind of expected something smarter from a Cuckoo sister gone bad – or extra bad in this case.

What works is Laura’s drive to protect Gabby. I like that Laura’s character has really devoted herself to Gabby and the idea of family. With Logan being…well, Logan, he’s always been distant, which is something she adopted in a way. Gabby is a bright spot and change of pace for the Wolverine lineage of characters. In the end, I’m glad that she’s back in the fold, musing about clone dynamic and cracking jokes.

A couple of notes: