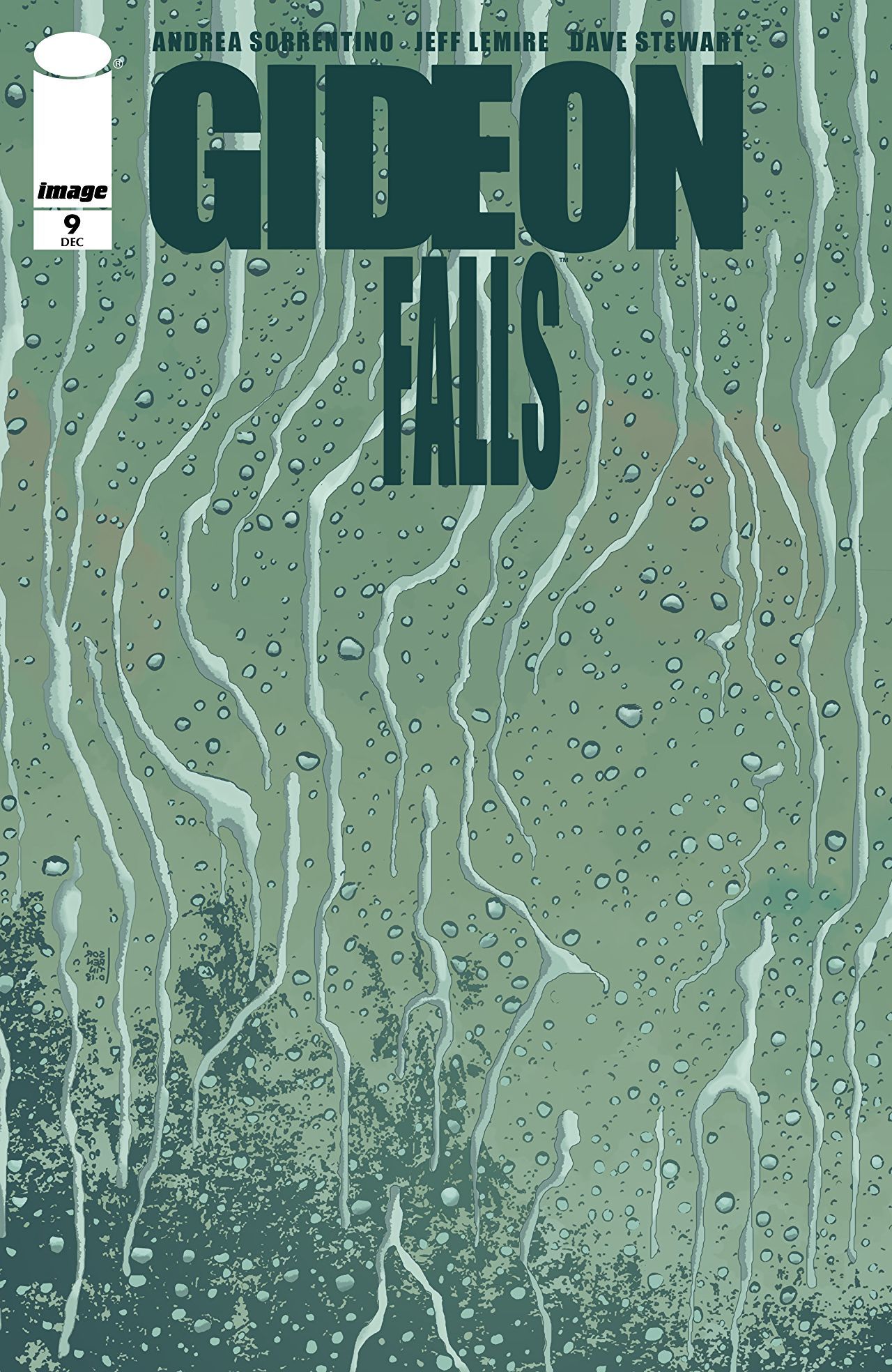 When Gideon Falls #1 was released in March this year, it was a strong contender for one of the best new comic series of 2018. Eight issues and nine months later, this is still very much the case for Lemire and Sorrentino’s psychological horror masterpiece. Gideon Falls continues to be narratively enthralling and visually stimulating in such a brutally consistent manner that deserves to be recognized each and every month.

This latest issue continues to knock the orbits of Norton Sinclar and Father Fred closer and closer, but rather than have the plotlines magically converge, Gideon Falls #9 spends a lot of time delving deeper into the mystery and process behind uncovering the connections. Even in the small rural town, not everyone knows each other and both protagonists have to endure their own rigorous journeys by confronting their past experience and present actions. 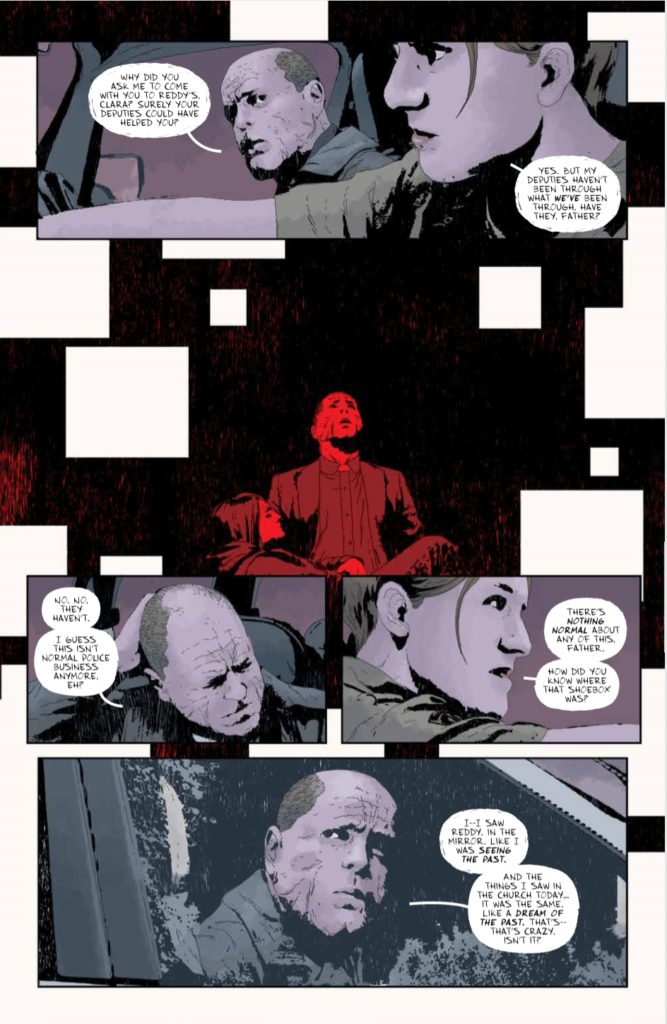 The duality of narratives is a fascinating point/counterpoint format. Whereas Father Fred is haunted by personal demons, Norton is haunted by literal ones. Sheriff Clara, Father Fred’s companion is equally as lost when it comes to the supernatural, but Dr. Wendy Xu has pretty much fully bought onto the circumstances and is willing to do anything to keep Norton safe. These dynamics compliment each other and as the pairs continue their pursuit of a dark truth, Lemire makes their journey compelling.

And as always, Sorrentino’s art with Stewart’s color has produced some truly incredible panels. The structure of each page, the highlighting, the slightly distorted film grain on each page. The sense of doom and gloom is almost tangible. The way the shadows and negative space highlight characters, the way that the use of red has never not given me heart murmurs this past year, it’s something that needs to be experienced firsthand.

The second arc of Gideon Falls continues to be strong and if you’re a horror fan, and maybe if you’re not, this is a book you want in your pull.