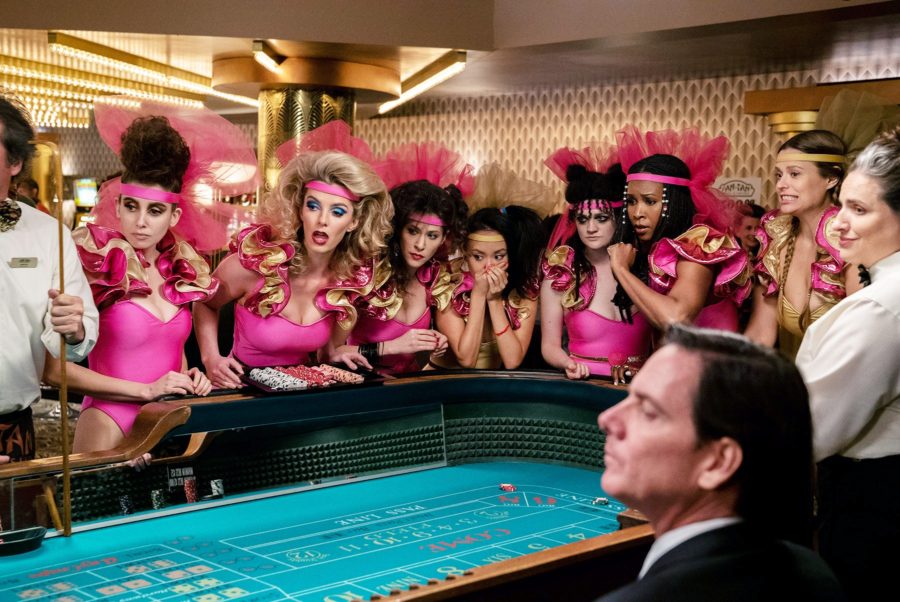 I’ve had my shit with GLOW. I couldn’t condone the casual or overt racism in the first season, the way-too-casual anti-Blackness, and the hyper focus on this annoying ass, discount Wynona Ryder main character. Over season 2, I found that the writers finally decided to shed more light onto their POC cast members, fleshing them out so they felt like actual characters and not handy punch-lines.

The third season starts off with the GLOW gang in Las Vegas; everyone is practicing the same show over and over again. Ruth is holding on to a long-distance relationship with what’s-his-face Russell, while struggling to hone her craft as an actress. Debbie steps more into her role as a producer while juggling being a mother and the crushing pressures of body image that are imposed on women. Cherry and Keith are feeling out when the best time to have a baby is. Meanwhile, Rhonda and her new spouse, Bash, are figuring out what marriage will look like for them.

A prevailing theme throughout this season is uncertainty. Many of the characters face dilemmas about their careers, relationships, and more in-depth crises of who they want to be and how they will get there. This season follows the lens of Ruth and Debbie primarily, which is a shame because so many of the other characters have such compelling points during the season.

There is this scene where Arthie is describing being frozen right after a hate crime is committed outside an event to raise money for AIDS; the event is attended by LGBTQ people. She describes wanting to act, but instead she felt like she couldn’t. That’s the bit of white supremacist, cis-heteronormativity; freezes you in the face of righteous and justified anger. It tell you that you are limited when in fact the opposite is true. You, by virtue of existing are limitless, full of nuance, conflict, and passion. You deserve not just to live your own truth, but to watch similar stories unfolding in front of you: free from stereotypes and tropes that are from the white imagination and other acts of oppression. 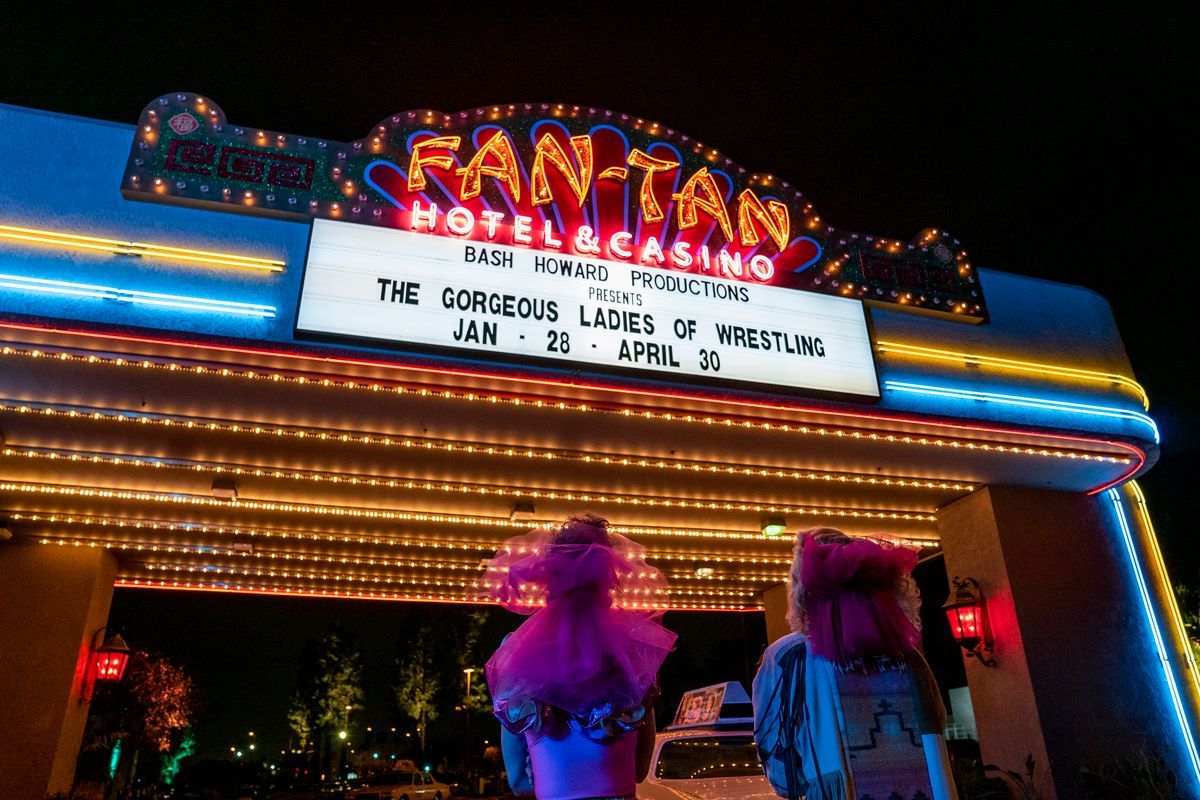 We see this play out as Jenny, a Chinese-Cambodian character sobers her companions up during a night out in the desert as she details her experiences fleeing genocide with her family. She goes on to describe the sense of loss from horrifying mass murder to how she now contends with her reality, “jumping out of a fortune cookie,” night after night in a racist-themed hotel. This scene is heartbreaking and emotionally intense. This story is immediately linked, however, to the experiences of Melrose’s family, many of whom have memories of the Holocaust and how Jewish people live afterwards.

While Melrose’s story is significant, why wasn’t it told in a separate arc? Why did the writers have to relate these two experiences? Especially in light of the fact that the characterization of Melrose, her humor in particular, is starkly racist? Why do almost all of the characters and their racialized narratives in this season (and honestly throughout the series) have to constantly be linked to a white member of the cast either sympathizing or “learning something new” about people who are constantly othered?

Arthie’s story this season has subtly grown to encompass more of her intersecting identities. By season’s end, she proudly embraces the title of being gay. But we don’t get that much lone screen time from her pondering who she is growing into. Most of her revelations are coupled with Yolanda, who is a proud gay woman. Her frustrations with Arthie, however, are played out in a rather toxic manner.

While yes, it is natural to express feelings of anger or frustrations in situations where identity or sexuality or ambiguity of relationships, it is not okay to take it out on another person: to be cruel or mean just because “that’s what couples do.” The scope of queer relationships extends past simply admitting difficulties with self-acceptance and fear of exploring one’s own pleasure. It can also be messy, complicated, and toxic. We barely get enough screen time with either one of them to really dive into that though. 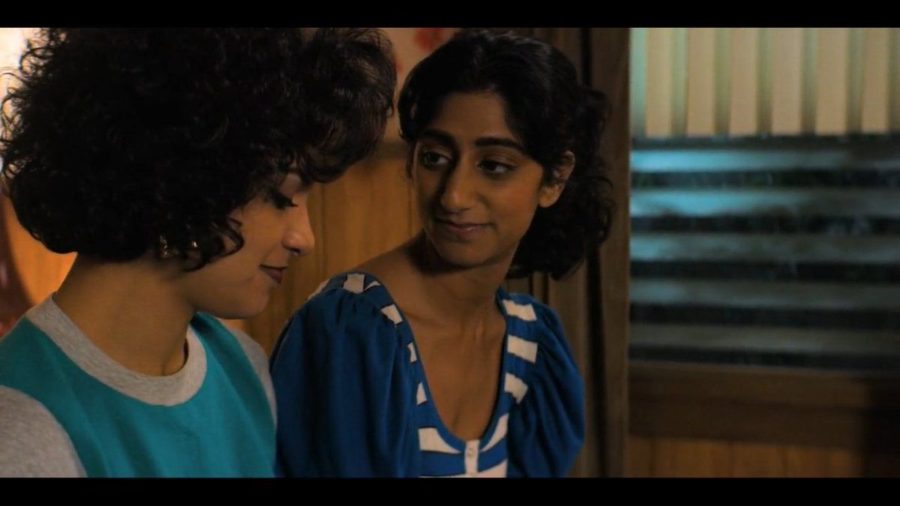 Why are we always being told to wait? Why do we only receive snippets of our stories on mainstream screens, and always through a connection of whiteness? GLOW is in its third season and, apart from seeing more of Tammé in the second season and her bond with her child Earnest, we don’t get to see much of the origin stories or the “outside” lives of the other characters.

I want to root for this show. I want to be public about my affections towards the characters and how genuinely funny it can be. But I would be lying if I didn’t express how hurtful it is to see another promising progressive show continuing the trend of placing whiteness in front of everyone else. I want to cheer on Debbie as she fights against the sexist nature of television, and isn’t afraid to punch any man who dares challenge her competency in the face (metaphorically for now). I enjoy Ruth’s evolution to where she is now, growing a backbone. But this all comes at the expense of upholding certain white, cis-heteronormative standards in television, despite many of the themes being about breaking boundaries! Pushing the limits, challenging what is the status quo. I guess that just means for white, cis women first.

Watching GLOW? Find BNP’s other reviews of the series here.