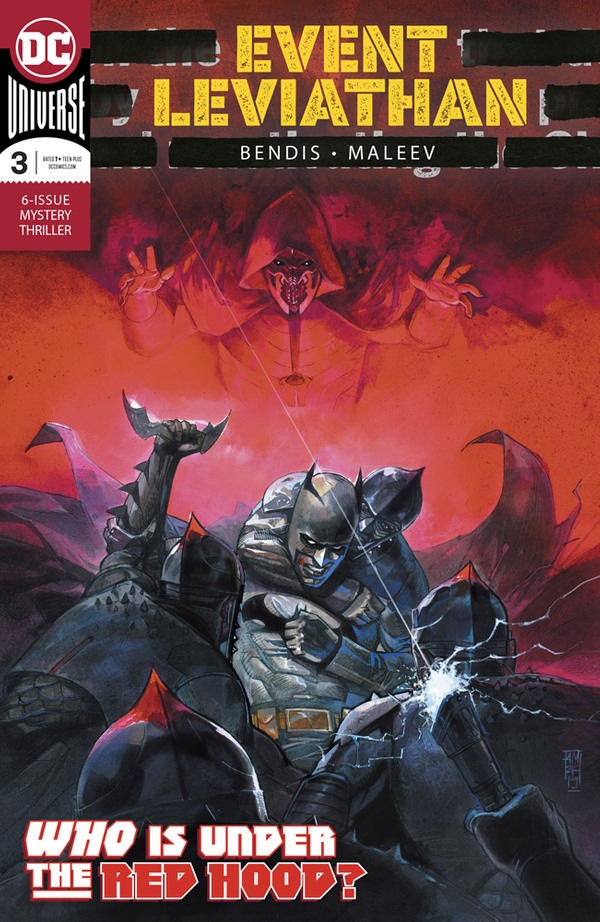 I didn’t know I needed to watch the Red Hood handing out L’s to Event Leviathan’s detective squad but, DAMN. This week, team Bendis/Meleev grace us with the third installment of the Event Leviathan mini-series. The organization, Leviathan, swiftly and systematically brought down the major superhuman intelligence agencies. The chaos attracted some of the great investigative minds in the DC Universe together to solve the mystery: “Who is Leviathan”. Last issue ended with Batman and the Red Hood discussing the case, only to reveal that the latter is a prime suspect. He’s confronted by the team. Flash forward to the beginning of this issue: the team is reconvening at their decided home base after the fight. Flashback to the actual fight. It’s Jason Todd against Batman, Damian Wayne, Green Arrow, Manhunter, Plastic Man, and I guess the Question and Lois Lane. 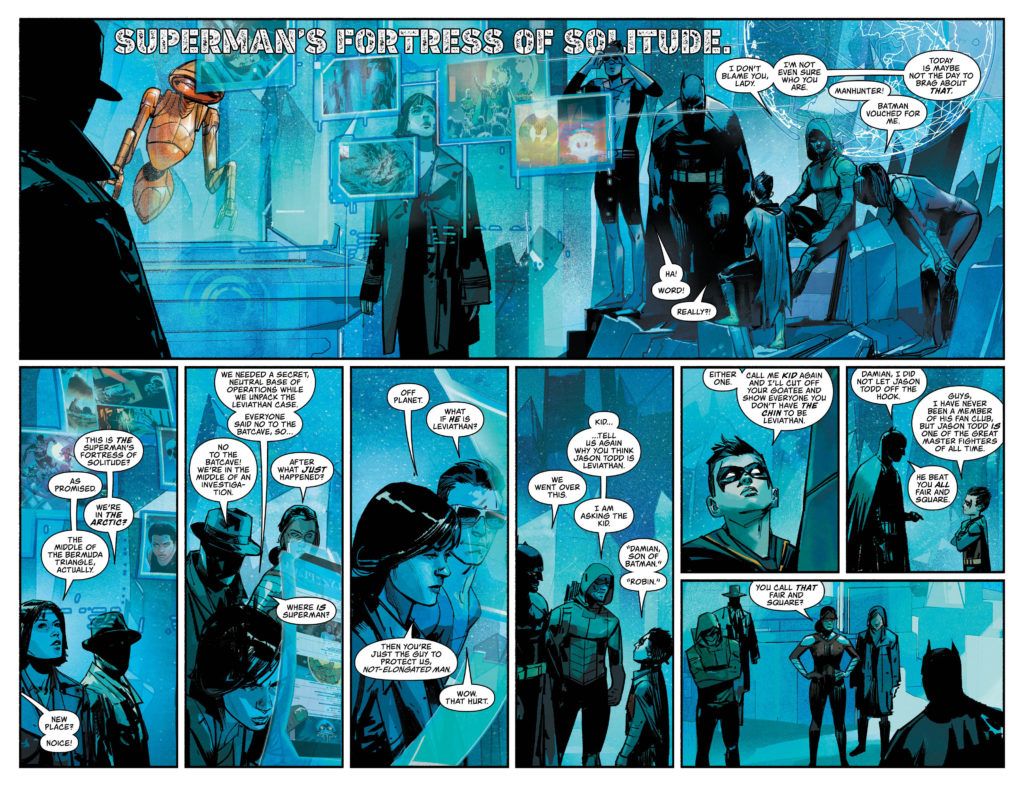 This comic was everything I needed from a Bendis/Maleev book. Maleev’s style is iconic and long missed since Infamous Iron Man back when Bendis was writing for Marvel. This book has a dominantly blue hue that is muted during the team’s discussion in the hideout. During the fight that same hue is popped against the bright reds of Todd, Manhunter and Damian. My favorite two pages were a combined 18-panel sequence as the characters fight while plummeting off a building.

Bendis do what Bendis do in this book. I forgot how brightly he shines in a group discussion. The diverse personalities created a fascinating set of interactions. I love how it’s an ongoing joke that no one knows who Manhunter is. My favorite set of dialogue was between Lois Lane and Jason Todd that reminded me how much I love Todd. When you start telling superhero stories that are meant to be more realistic, the Red Hood’s morally ambiguous and arguably pragmatic methods can be attractive. In a period where many of us are thinking about intense structural change it is easy to connect with Todd’s awe and appreciation of Leviathan’s plan. “. . . Maybe it is the move the ‘crime-fighters’ just don’t –will never have—the guts to take.” It also helps that the whole fight involved him very selectively using his guns non-lethally against the team. Batman? I’ll graze him in the helmet. But Plastic Man? He can take a shot to the chest.

This book is easily my favorite series coming out.