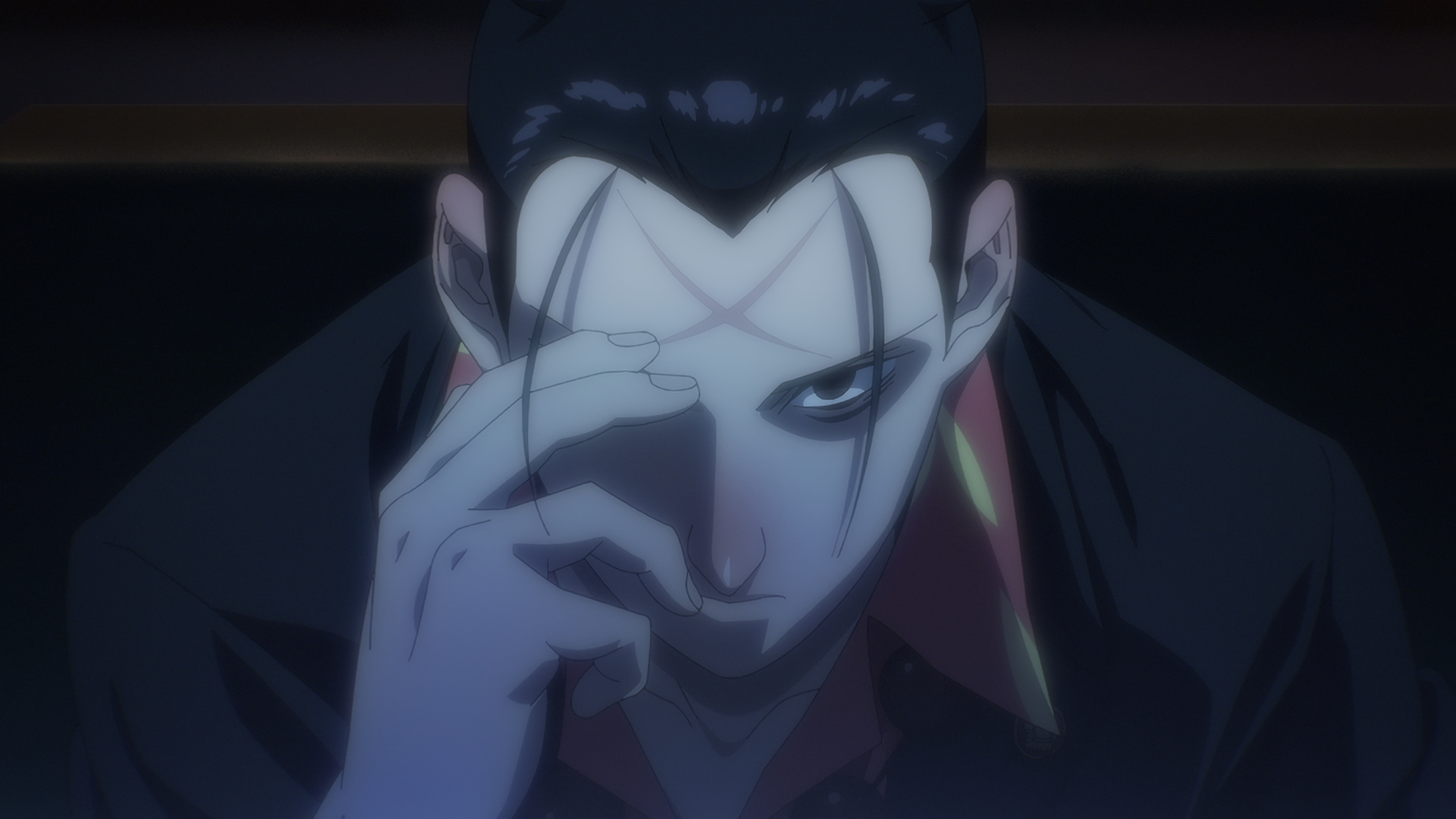 Mannnn…starting off with that meteor of a memory of grandpa Jin leaving is like that episode of Fresh Prince where Will acts his ass off about his father leaving…just gut wrenching. But they had to hit us with that real real one mo’gin so we could cosign Mori’s decision to go find pop pop.

Early Sidebar: This Bang Bang show will never not be ridiculous.

Mori off completing the realest of side missions, but the team gotta be in the ring in 5 mins…andddd Daewi is already suspended so everything is working against the trio right now. But you know what? Yoo Mira dont give a dam what you heard, where yo momma stay or where yo grandmomma stay cuz she a real one who’s about to guarantee their shot at winning when Mori returns. Or so she thinks.

Mira up against Lee Marin, the “marine marvel,” whose ridiculousness knows no bounds. Off comes the robe and in comes our inability to take our eyes off the hairless seal, body of wonder. Yo the anime sparkles were on another level with this dude! That boy glistening in the sun with the tannest bod in the world.

Homie tries to take Mira out early with the Kurt Angle suplex but Mira catches him with a mean sword jab to the gut. Then outta nowhere he gets an identical sword thrown to him and it was on like mufuckin Donkey Kong!

Mira notices the charm dangling at the bottom of the hilt and tells Marin to give it back, to no avail. He breaks her sword, but little did he know, Lady Yoo a beast and she put the Primo beats on that boy before taking her corners back getting her sword back.

Alas, seeing it transfer back to oil slick Rick was unexpected, but Marin’s explanation was an added layer to God of High School. Apparently this sword has the power of the gods..which deepens our understanding of Charyeok and how it can be used. She doesn’t know what she needs to do to get her precious weapon back…but I did tho! Beat. His. Assssss.

Meanwhile, Mori on his Liam Neeson flow tryna save grandpa Jin, not knowing it was a doppleganger this whole time. That monstrosity explodes in an attempt to speed up the discover of “the key” but baby Jin aint gonna let no soft ass explosion hold him back from returning to his team and making sure they take that W. The Nox member who uses his Charyeok to create dopplegangers…somehow…has other plans.

That boy threw countless duplicate bodies at the homie and had him out here looking like Neo beating down all the Matrix Reloaded Mr. Smiths. But it wasn’t until he sees the treachery that these Nox cats are tryna pull off that he truly gets serious and ends this spectacle.

Back at the arena, Yoo Mira has had about all she can handle of Lee Marin the human sea creature, when it finally happens. If you’ve been paying attention, you’d have guessed our trio would be gaining Charyeok powers sooner or later, and for Mira, this was her time. Goosebumps fam. This scene gave me R.L. Stein goosebumps!! Knocked into oblivion, Mira is transcended onto another plane where her strength is questioned. She owns her weakness but rallies around her self-declaration to get stronger. With that, the warrior she borrows her God-like powers from will be the great hero Lu Bu Fengxian!

Sidebar: Anything grandpa Jin related is greatness. Apparently, he defeated every member of The Six back in the day and stood atop that mountain of bodies like a fuckin G!

The end of this episode is that feel good stuff that gets your anime dopamine pumpin. Obviously, Mira’s newfound power fast tracks her to success, but it was her last second in the ring that really warmed my icy heart. As Mira expends her final ounces of energy choppin up Marin’s Kraken Charyeok like mufuckin calamari and getting her sword back, she collapses, only to be caught by Mori who makes it back by the skin of his teeth.

Love the way this show time jumps. It was such a glorious moment to see our protagonist make it back, see him hit those pressure point and talk greasy to that man! Not an iota of pain was felt by Mori as he simultaneously finishes both of these busters with the Blue Dragon and Double Dragon Jin Mori original!!! WOOOOO!!