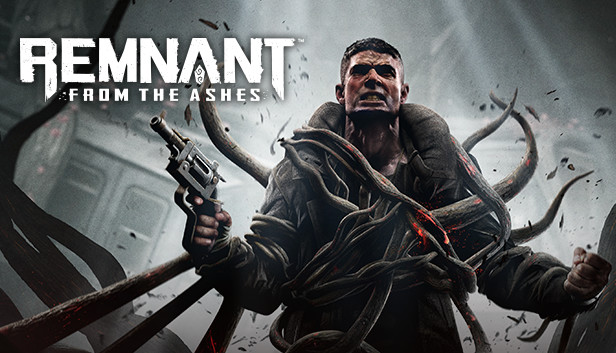 Remains to Be Seen

Even if you don’t play the games themselves, odds are you’re familiar with the Dark Souls series. From Software’s series of action-RPGs and their widespread influence in gaming has created a genre unto themselves: ‘Souls-likes or ‘Souls-borne’’. The mechanics of ‘Souls-likes’ tend towards deliberately-paced melee combat across atmospheric environments that can be just as treacherous as the enemies in them. Colloquially, the term has become shorthand for ‘this game will kill the hell out of you’.

These genre conventions are as likely to attract those excited by challenges as to repel others who see the difficulty as an unnecessary bar to entry. For those who feel put off by ‘Souls-likes’ dedication to single-player suffering, Remnant: From the Ashes may be your way in. R:TFA sounds generic enough to evoke other similar-sounding grimdark names, but as ashy as its title may sound it’s a remarkably appropriate word choice.

Developers Gunfire Games previously applied From Software’s style and systems to the third title in the Darksiders series. With Remnant, they’ve added a number of unique distinctions. The first lives up to the name of the studio by centering the game’s combat around gunplay. The second is just as uncommon: procedurally generated levels and items, making sure that no two playthroughs are exactly alike. By combining these elements with a co-op campaign for up to 3 simultaneous players, Remnant uses its predecessors to step outside of the limits of its genre.

Players start by creating a nameless wanderer from one of three classes. Each starts with specialties in short, medium, or long-range combat, but plenty of weapons, armor, and buffs can be found to customize the experience over time. That time will be spent attempting to reach a lighthouse on a mysterious island. Making it ashore reveals hostile local flora — a swarm of homicidal ents known as ‘The Root’ (no relation to that distinguished publication).

By falling in with a band of survivors bunkered in an emergency shelter, the player discovers that the Root are the apocalypse du jour of this fallen world. Cutting off these creepy ‘treeple’ at their source will require the player to cross not the island, but between worlds. Worlds full, as previously mentioned, of things that will kill the hell out of you. Thankfully, Remnant makes fighting back easy to pick up. Those familiar with third-person shooters should find themselves well-served here, swapping quickly between two guns and a melee weapon.

The Dark Souls touches are immediately identifiable by specific mechanics based around relief. Sure, Remnant uses crystals instead of bonfires, but the effect is the same — resting restores your health and ammo while bringing back every non-boss enemy you’ve killed in a given location. Additionally, there’s the healing system, which slows characters to a crawl as they go through an animation that the player will feel every second of during the heat of battle. Most of all, no Souls-like would be without a stamina bar to measure every dash and dodge-roll.

Once used to these and other Souls elements, the gameplay loop essentially becomes a third person looter shooter. Visually, Sony’s The Last of Us may come to mind when navigating the ruins of Remnant’s plant-based post-apocalypse. With two additional players able to drop into your campaign, the game takes on the feel of a Destiny or Borderlands — albeit with bosses & minions capable of backhanding players so hard they’ll wake up at a save point.

These disparate pieces from other video games manage to combine in a way that gives  Remnant its own identity. Its similarity to Souls-likes and other big genres of this generation make its deviations from the norm all the more interesting, by taking on cosmic horror from a perspective more in line with Stephen King’s Dark Tower books than other typically-referenced sources. With an adventure mode to continue alongside or after the main campaign, Remnant: From the Ashes is built for replayability alone or with friends. Which makes sense, because it’s going to ‘kill the hell out of you.’

Remnant: From the Ashes came out in August 2019. You can play it on PlayStation 4, Xbox One, or PC.

8 out of 10 Slow-Ass Healing Animations