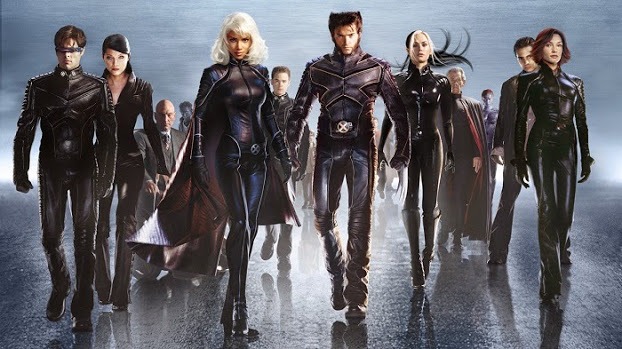 When comic book movies get talked about, surprisingly, it takes a while to get around to the X-Men flicks, even if they were part of the rebirth for the genre at the box office. That’s mainly because they haven’t been all that great. X-2 aside, the others have been sprinkled with cool moments, tons of bad one liners and a lot of questionable writing. And casting. Good Lord, the casting is all over the place in the X-flicks. With the X-Men: Days of Future Past being released, the BNP crew got together and spoke on castings they loved and castings that made them temporary DC Comics fans. Carrie – I’m probably biased as it is cause Pat doubles as my favorite Star Fleet captain BUT, in the plethora of old white dudes in the world of acting, I can picture no one else as the level headed, father figure and creator of the X-Men. Just like the chorus of that one Alicia Keys’ song: No one, No one, NOOOOO ONNNEEEEEEEEE can play Professor X bettteeerrrrrr~! Poised, obviously looking the part (Bald is Beautiful) and actually good friends in real life with Sir Ian Mckellen, Sir Patrick Stewart nailed this role.
[divider type=”thin”]

William – I really wanted to put James McAvoy’s portrayal closer to the ‘meh’ column, but after some convincing from the BNP crew, I can concede that him as the arrogant and upwardly mobile Xavier is a pretty fair image. I could’ve done without that annoying head tilt every time he used his psychic abilities like he was a set of fucking rabbit ears on an old TV, but overall, he gets the job done. Especially if we take the meaning that his hubris led to his being disabled, which led to him being a humble and idealist leader. With all those conceits, I can see it.
[divider type=”thin”]

William – I didn’t expect as much push back recently on Hugh Jackman as Wolverine, but the reality is, anyone else that looks the part of Wolverine, most likely doesn’t have Jackman’s chops. It would’ve been easy to get a big cat with the ability to grow his hair out to stair off camera, grimace and flatly say “Bub” for three movies. Most wouldn’t have been able to carry their own franchise. Like some of the other good actors in the X-Men films, even though he is the focal point, he is limited by the writing of them. Even after five films in the role, I feel like he’s best case scenario.
[divider type=”thin”]

Oz – Rebecca Romijn was a perfect fit for the character’s cinematic incarnation. Despite not saying much, there was something in her eyes that was always calculating and vigilant, sizing things up. Romijn’s Mystique always seemed to have good timing, knowing when to fight and when to fall back into the shadows (except where Wolverine was involved). Sadly, aside from the brief cameo appearance in First Class, there don’t seem to be plans for us to see much of this version in future films, but we can always dream.
[divider type=”thin”]

Taj – Thinking back on the shitfest that was “X-Men: The Last Stand” it’s easy to list what Fox got wrong. The butchering of one of the most iconic story lines in all of X-Men lore “The Dark Phoenix Saga” & killing off Xavier, Jean, & Scott quickly comes to mind. As horrible as the film was it’s hard to throw shade at Kelsey Grammer’s portrayal of everyone’s favorite mutant furball Beast. From his first appearance the seasoned actor best known for his starring role on “Frazier” definitely did his research as he portrayed Beast to perfection being one tough act to follow.
[divider type=”thin”]

Taj – In his early years Beast had been one of the more tortured souls in Charles Xavier’s band of mutants due to an experiment gone wrong interacting with his mutation transforming him from mild mannered Hank McCoy into Beast’s monstrous appearance that we’ve grown to love. Even though yes, Beast’s cgi in “First Class” looked horrendous in an almost Grinch-esqe fashion. Hoult managed to win fans over by portraying Dr. Hank McCoy onscreen as the big hearted brainiac Beast that fans know from the comics. With “Days of Future Past” upon us it’s will be interesting to see where Hoult takes the character next. I am for one looking forward to it.
[divider type=”thin”] Chace – Fassbender, always excellent at executing a volume knob’s worth of varying intensity, captures younger Magneto’s unpolished rage & maturation of power in subtle, vulnerable layers. Vintage, always slightly unhinged Fassbender syncs perfectly with an Erik Leshner distilling his previously reckless revenge into a clearer, more focused, grander vision. Watch the homey finally move that massive satellite dish in First Class after pulling from emotions other than hate, crying those tears of joy & release, then look down and tell me you ain’t at least knee-deep in them feels! I DARE YOU!
[divider type=”thin”] Chace – The Magneto we’ve all come to know & revere- the silver-haired, ice-veined, loquacious Malcolm to Professor X’s Martin- could only be properly actualized in live-action by 3, maybe 4 people. And McKellan topped that list before he ever signed on. He emanates the air of manipulation, of both metal and people, effortlessly while still appearing slightly road-weary. Look, he’s nothing less than iconic in any role he plays at this point, but from aesthetic to on-screen portrayal McKellan (& Patrick Stewart as Charles Xavier) have got to be top 5 dead or alive in terms of a casting translation from page to film.

Ehh…if that’s all you got

Carrie – To paraphrase a glorious tweet that I have the sad misfortune of not screencapping, “The only Jean Grey I care about is the rapper (Jean Grae), not the character Marvel keeps bringing back.” Famke Janssen ultimately did her job as telepathic Jean…she’ll probably get cameos in the next 6 Wolverine films just because Bryan Singer refuses to focus on other worthy X-Men.
[divider type=”thin”] 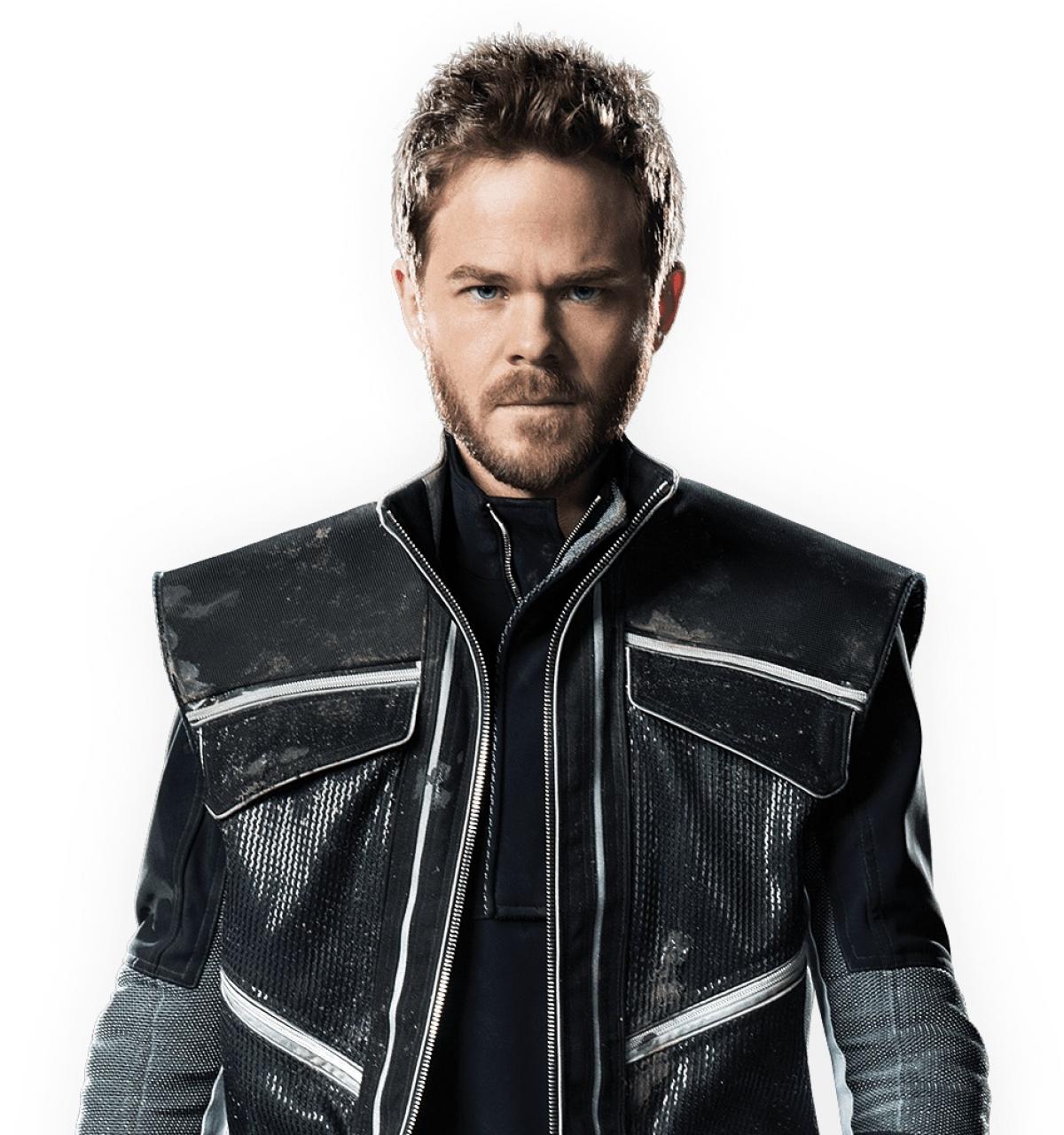 Omar – What has failed to be delivered in the appearance of Iceman is his joking nature and how powerful he truly is. The previous lead of Iceman was much like Tobey Maguire as Spider-man just with less crying and more stoic staring. We want an Iceman that can joke around, throw in the one liners and when the shit hits the fan amazes everyone with how powerful he really is. Not the young and the restless Bobby Drake version.
[divider type=”thin”]

Omar – Didn’t really get much play in the X-3 movies. We didn’t see Ellen page deliver her role to the level she did of lets say Juno. If we got even a hint of that, it would have been the perfect representation of Kitty Pryde. Especially young Pyrde. We got really only one big scene for Kitty in the X-Men franchise which was really just used to reference the “I’m the Juggernaut Bitch” meme that was a buzz at the time. So what we need is Kitty getting more depth and screen time.

The Elizabeth Taylor as Cleopatra category:

William – Lawd. I mean, there’s an argument to be made that January Jones being the Kristen Stewart Sr with so little ability to elicit emotion was perfectly cast as Emma Frost, the woman so hard she can take on a diamond form. Of course, if you’ve ever read an X-Men comic book with Emma Frost, that shit falls apart pretty quick. I’d love to say the writing betrayed her, but I’ve seen what Betty Draper does with good writing, so that might be a bridge too far.
[divider type=”thin”]

Whitney – Somewhere in America there is a dude white-knuckling a Heineken and leaning over a bar stammering, “And then I said, ‘Hey, Brian! What if we take Rogue…you know…tough, sexy, hot blooded Rogue, and make her A TEENAGER. Yeah. Think Jubilee.’ and he totally bought it!”. I’ve got to be fair and say that Paquin didn’t do a horrible job with the role she was given, it’s just that the role she was given was complete trash. Sookie Stackhouse is written more closely to comic book Rogue than the film character was, which proves that if Paquin had just been given a little more to work with, we really could’ve had something special.
[divider type=”thin”] Oz – Even with America’s collective crush on Jennifer Lawrence, she was probably the biggest miscast in First Class. There was something entirely too earnest and chipper about a character whose primary purpose on any team is deception and infiltration. It’s even more disappointing when you see her so brave and stoic (in a teen fiction way) in the Hunger Games or when you see her being brash and rude in Silver Linings Playbook. Granted, a lot of this misstep can also be attributed to piss poor writing (sorry, but Mystique pining away for Charles Xavier knowing where their paths lead is kinda creepy), but casting Lawrence didn’t help matters.
[divider type=”thin”]

Whitney – I think we can all agree that the decision to cast Halle Berry as our beloved Ororo Munroe was as misguided as that one time you tried to steal a quarter out of the collection plate during tithes and offering because you thought no one was paying attention. It goes beyond the mismatched aesthetic (which, I mean c’mon, B.) and straight into acknowledging that this is one of the most important Black superheroes in existence and she deserves better than an obviously bored and terribly awkward Ms. Berry. We ALL deserve better. Even if the powers that be didn’t want to risk doing the right thing by casting an African actress (or considering my personal fave, Grace Jones), one has to ask if they ever tried calling Gina Torres, Sophie Okonedo, or even Broadway’s Heather Headley after Angela Basset passed on the role. Some things are just downright sacrilegious, and this casting unfortunately felt a lot like stealing the church’s money.
[divider type=”thin”] Oz – James Marsden’s role as Cyclops was the best example of the franchise failing in casting and writing equally. At first glance, Marsden does have the right All-American look to be Scott Summers who is basically the Captain America of the mutant community. But as we saw in the comics not too long after (and some prior to), Summers also has a dark side to him as a product of living so long as the boy scout avatar of Professor X’s dream. Sadly, as hard as he tried in X-Men: The Last Stand, Marsden’s look didn’t deliver that well. Also, the scene in X-2 where he’s crying as Wolverine holds him tenderly was just hard to sit through.