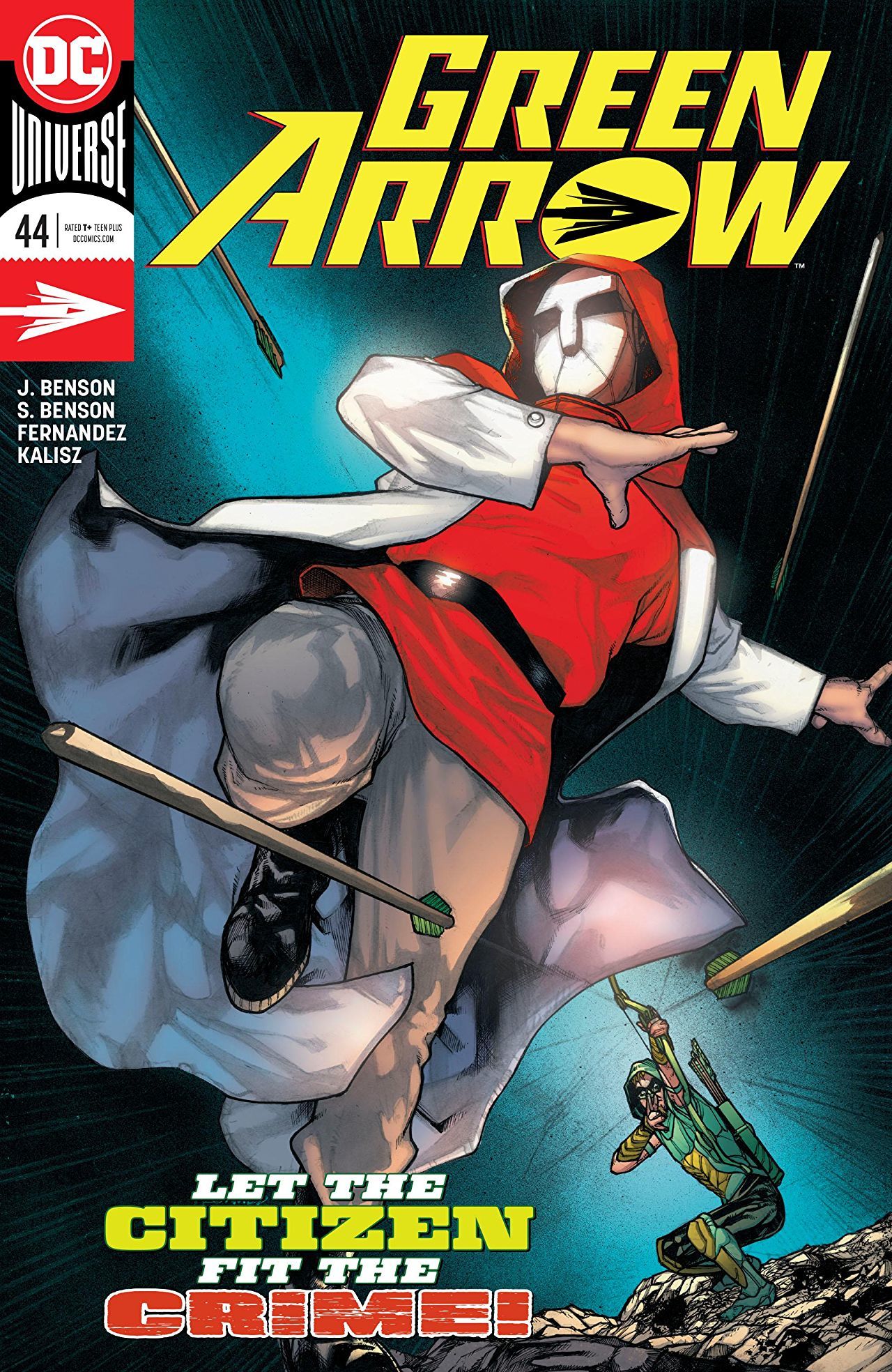 You know, in some respects, Green Arrow is just a poor imitation of Batman. I get it, just look at the Arrow TV show. It wants to be Batman so bad that the series tends to forget that Green Arrow has his own villains. However, to me, one of the most endearing aspects of Oliver Queen is how flawed he is as a character. He’s not Batman. Oliver Queen messes up a lot and writers always get the best out of the character when they force him to reconcile the screwups of his past and present.

The Citizen does his best Jigsaw impress in this issue and we finally learn why he wants Oliver’s head on a plate. Once again, I’m confused why Julie and Shawna Benson didn’t just use Anarky, seeing as the Citizen is just a carbon copy of that villain. I guess they are really trying not to feed into the idea that Green Arrow steals all of Batman’s baddies. However similar, The Citizen is to Anarky, he gets the job done. 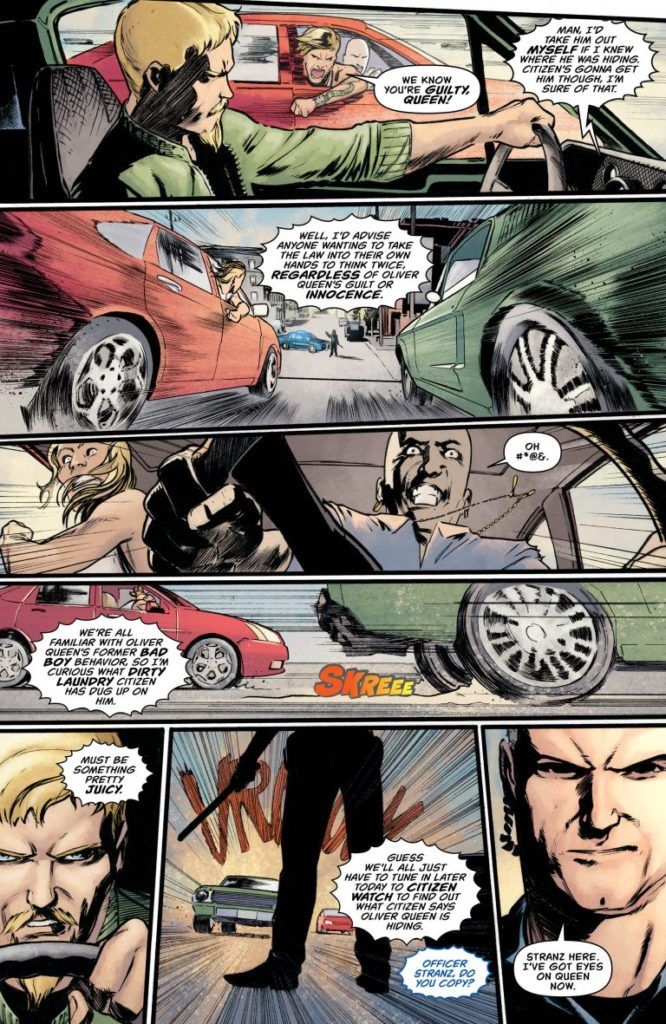 The Citizen reveals yet another of Ollie’s pre-Green Arrow sins and it’s a big one. Honestly, it’s amazing the stuff this rich boy was able to get away with. You have to remember that Oliver was an adult before the trauma of the island, doing a lot of shitty things before he decided to do better. The Bensons play with that well and it weighs heavy on Oliver’s heart. What’s interesting is his desperation to catch The Citizen, which feels a lot more personal. More than trying to save these people from judgment without due process, it feels like Oliver is trying to save himself from the guilt.

Another great issue marks a positive start to Julie and Shawna Benson’s run on Green Arrow. I like what they are pitting Oliver against and how they are maintaining his relationships with those around him. With a surprise appearance by a pretty big name towards the end, I’m interested in seeing how Oliver deals with the people he knows who might not be as forgiving of his past.