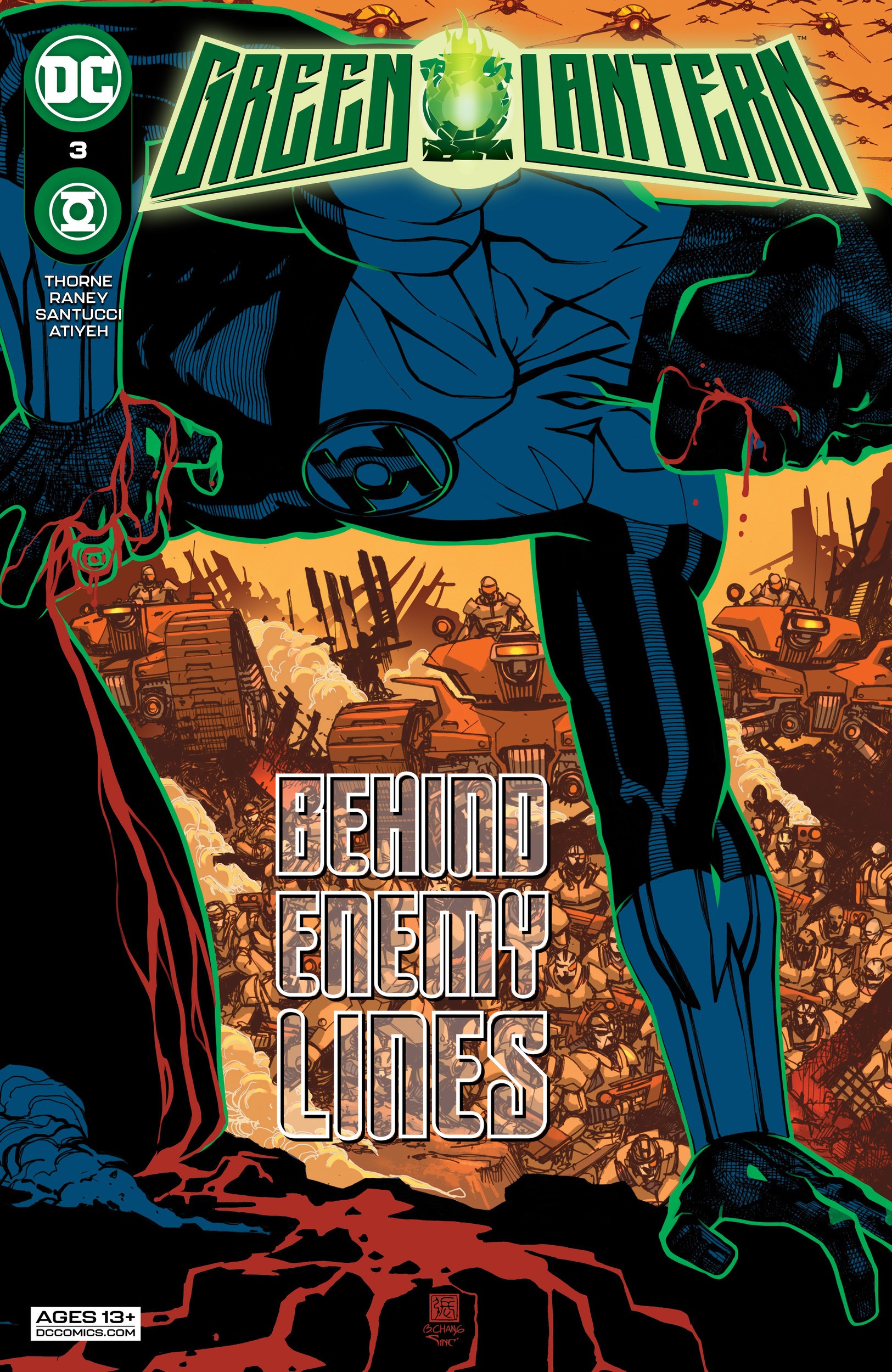 This. Green. Lantern. Book. Is. Fire.

This is the third issue in a row that feels like the first issue. And that is the best compliment I can give. The story is progressing, but the hooks and catalysts of each issue make you feel like this is the first time you’re reading it. It’s so good.

Green Lantern #3 is broken up into two sections. The first follows John Stewart and the second follows Jo Mullein.

In John’s story, we see the moments leading up to, and the moment that he loses the power in his ring. It’s scary. He was out in space and then poof, no more power ring. And no more air. We might often forget, but those rings really do just offer like an inch of barrier between safety and certain death. That’s a lot of faith to put in some alien technology. And today it failed miserably.

After that, John wakes up from a coma on a planet called Sergilon. He’s got some new friends in Saqari and Ilo who together get him back up on his feet. He’s there for about six months before danger rears its ugly head. But he has no ring to help out in the conflict.

In the second story in Green Lantern #3, Jo Mullein is back on Oa doing damage control. As you can imagine, the central power battery suddenly going offline is…really bad. Thankfully, Jo has a special battery due to her time in the City Enduring, so she’s got a completely separate source of power, likely making her the only legitimate Green Lantern in the galaxy. She knows this, and she’s up for the task at hand.

Jo sends out a message to any Lantern able to receive it, giving them updates on what she thinks happened and insight into what they can do about it. She fits into this leadership role so well.

While sending out this message, we’re given visuals of what’s happened to some of the Lantern’s since the rings stopped working. Some are dead in space, some have been kidnapped, and some are being experimented on. It’s wild. This whole ordeal reminds me so much of Order 66 from Star Wars in the best way. Shout out to Raney and Santucci for effectively capturing that eerie vibe.

And on top of all of that, this issue receives extra credit for focusing on its two main Black characters. I know that that’s what this book essentially will be from here on out, but this issue was just really successful at displaying their agency. If you read this site, you know how important it is to see ourselves in these characters and behind the scenes. It’s truly a joy.

10 Green Lanterns Floating in Space out of 10