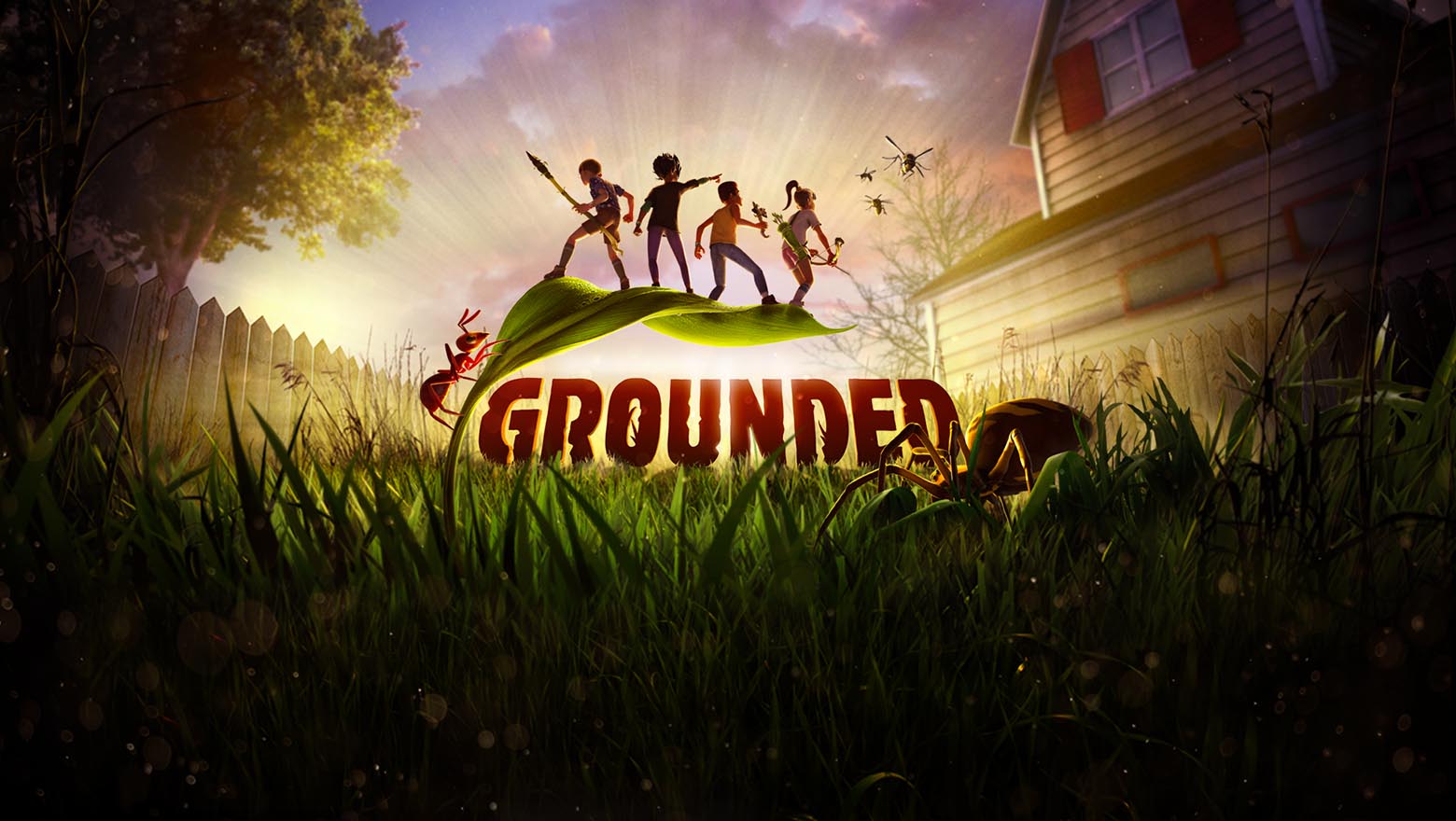 Microsoft recently released a Game Preview version of Obsidian Entertainment’s new title Grounded for the Xbox One and PC. A game that’s pretty much a mix of Honey I Shrunk the Kids with the video game Don’t Starve. This was originally going to be a review but the more I thought about it, you can’t really review a game that isn’t finished.

Xbox’s Game Preview is a lot like Steam’s Early Access, which means the game isn’t quite fully conceptualized yet. However, you can pay to play it in its current state and provide developers with feedback to help shape the game’s final form. With that said, the Game Preview version of Grounded is very promising and a whole lot of fun even though it’s kind of bare-bones.

Grounded puts players in control of one of four kids, who finds themselves shrunk down to the size of a paperclip. You can play the game in either first-person or third-person. As you navigate your new surroundings, you have to find numerous ways to survive. That means keeping your character well fed and hydrated while building plenty of tools and weaponry to survive the harsh and cruel world that is the backyard. That’s right, the backyard. As you can imagine, everything in the backyard is much bigger when it’s the size of a small town.

From the beginning, you dive right into the core of Grounded’s gameplay – crafting and survival. In the Backyard, all things become essential as you’ll quickly start collecting various ordinary materials like grass fibers, pebbles, and clovers to create axes, spears, shelters, armor and so much more. Those items are honestly just the tip of the iceberg. Once you craft the basic tools, you’ll start exploring more of the game’s playground where you’ll also gain access to more materials. The more materials you get, the more you can start building stronger armors, building workshops for better tools, and creating whole shelters.

Exploring the Backyard and working towards building more and more items that are key to your survival is really where the core loop of Grounded’s gameplay works really well. Before I knew it, I was cutting down tall grass and weeds to build walls and floors for shelter on the edge of the water.  Crafting items is not the only reason to explore though. There is a satisfying sense of discovery in trying to chart every inch of Grounded’s world. From hidden ant hills to the poisoned pesticide fields. That’s where the game’s crafting really comes into play.  The more items you unlock and create, the easier it is to explore the Backyards more perilous areas.

As I mentioned before, the Backyard is not a safe place. It’s filled with all types of deadly creatures such as soldier ants, beetles, gnats, and worst of all spiders. Good lawd are the spiders terrifying in this game. Exploring is fun, especially discovering the game’s different landmarks but the game does not make it easy. Combat can often feel like a pointless task, and most of my time was spent running away. I spent my two weeks playing the game dying over and over again against all types of creatures roaming the backyard. Crafting better weapons and armor helps, but ultimately I was never a match more some of the game more dangerous creatures.

Just having a spider spot you felt like an instant death sentence, and death means losing all your backpack filled with all of your collected items and materials. Luckily, the game features souls-like elements where players can recover their lost backpack from where they previously died. The game also has some really cool settings for the arachnophobic gamers out there that reduce the spiders’ features. Doesn’t make them any less dangerous but at least they won’t look like spiders anymore.

Working out the Kinks

Grounded is definitely one of those games that will benefit from the Game Preview/Early Access approach. Right now, the experience is pretty basic. As I said, that core gameplay loop is strong, and I found myself wasting hours trying to explore uncharted areas, work on my shelter, or create new items. Unfortunately, the game is far too difficult for its own good. You’ll die a lot, and I never felt like I got to a point where I was on equal footing with the enemies, most of which you need to defeat to get better items to protect yourself.

Another big issue is the narrative elements. Grounded does start you off with a few story missions. What little story the game has is intriguing. You discover a hidden lab, a burger robot who hands out tasks, and get a hint of the truth behind how you ended up so small. There are even small lab tents and audio logs hidden throughout the game that expand the story a bit. However, it’s all very brief and the gameplay is doing most of the heavy lifting as far as holding your interest.

These issues won’t hold Grounded back though. The good elements far outweigh its lack of story, slow pace progression, and difficulty. Honestly, with these issues worked out and future updates to the game being planned, I can see the game transforming into a worthwhile game world with a strong community of players, especially with co-op play. So, be on the lookout for Grounded, and if you have Game Pass give it a shot.