If you followed my review (or if you didn’t, you’re about to find out now) of American Horror Story: Apocalypse, you might have guessed that witches are my favorite type of “monster.” (And yes, Coven is my favorite season.) Since I was a kid, I’ve been fascinated with the world of magic, and that hasn’t changed one bit. And as a college instructor, it has allowed me to incorporate talking about monsters, villains, heroes, and my love of witches into my classroom and course material. Just wish I could dress like the professors at Hogwarts when I teach.

Now, I’m sure that as my fellow nerds you’re sitting there wondering why I would be talking about this as my guilty pleasure confessional because in our wonderful and all-inclusive nerd cultural nothing should be taboo. And I wholeheartedly agree with that, but I also…well, I’m a grown Black man who fans out over witches, and I’m going to tell you about a movie I love that’s about a white teenage girl witch. With that out in the open, let me tell you about this movie, and why I find myself thinking of it.

So, the name of the movie is Teen Witch, and it came out in 1989. Since then, like many “bad” 80s movies, it has gained cult classic status. For me, part of that status comes from the obvious 80s set up of the movie: from the clothes to the random singing and dancing along that everyone just knows how to do and an overall message that screams coming-of-age teen movie. 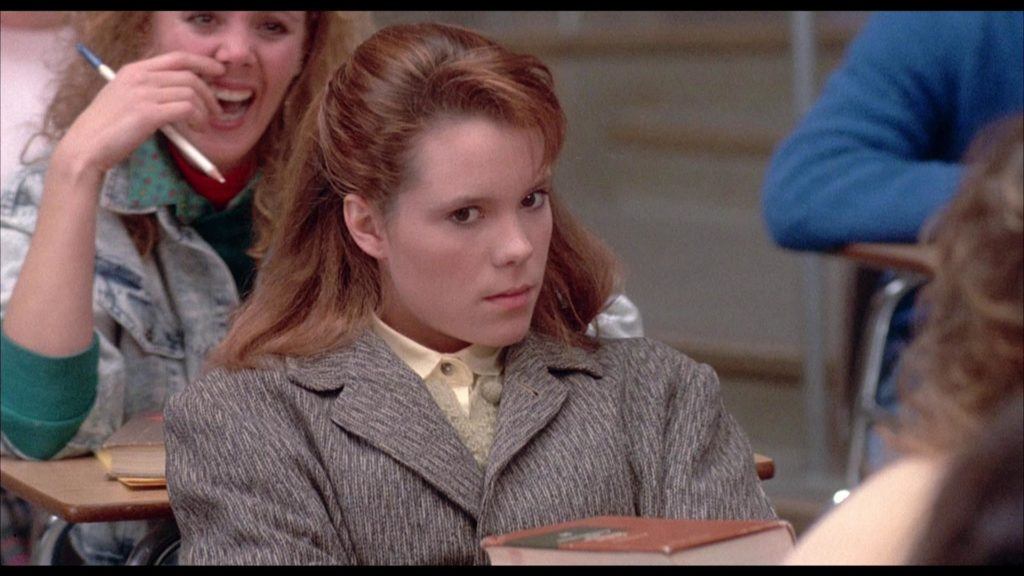 Giving you the broad strokes, like most 80s teen movies (think Teen Wolf, Sixteen Candles, Weird Science, or even The Breakfast Club), we start off with a lonely, nerdy, socially awkward teen, in this case Louise Miller, played by Robyn Lively. She has one friend, Polly, who is arguably more nerdy, more lonely, and even more socially awkward than her, but she is her one true ride-or-die friend.

At school, Louise is treated as unseen, in the way, and is belittled by her English teacher and the cheerleaders. Everything you’d expect for them to set up for us to see just how much our main character’s life sucks. Speaking of sucking, we can’t have an 80s teen movie without the object of our longing. For Louise, it is popular jock Bradley “Brad” Powell, who of course dates the most popular girl and head cheerleader. And Brad finds out about Louise’s crush in the most 80s of ways. Louise forgets that a piece of her diary was in her notebook, turns it in with her English paper, and her sadistic teacher reads it to the class, which Brad and his girlfriend are both in.

Now that Louise feels her life is utterly ruined, it’s time for her to turn things around. That comes in the form of her finding the home of Madame Serena played by “step in the light Carol Anne, step into the light,” Poltergeist actress Zelda Rubinstein (RIP to a great actress). Madame Serena reveals to Louise that she is a witch and that Louise is a reincarnated Salem witch. It is obvious that Louise doesn’t believe her, but next week is her 16th birthday and just as Madame Serena told her strange things begin to happen.

Flashing through things we know happen in these types of movies, Louise is randomly given an amulet by her drama teacher that Madame Serena tells her is Louise’s from another lifetime and that it always finds her. The amulet helps harness her powers. Louise uses her new found powers to help her best friend’s confidence, to become the most popular girl in school, to get back at the cheerleaders and the English teacher, and ultimately to get the “love” of Brad. And yes, we all know why I put the word love in quotation marks.

Louise realizes that using her powers to gain Brad’s “love” isn’t truly him loving her. It is him being forced to believe he loves her, and that is not love; it’s servitude. So on the night of the big school dance, Louise gives her amulet to Madame Serena, which will eventually cause all her spells to end but with her new confidence she knows she doesn’t need magic to be happy. 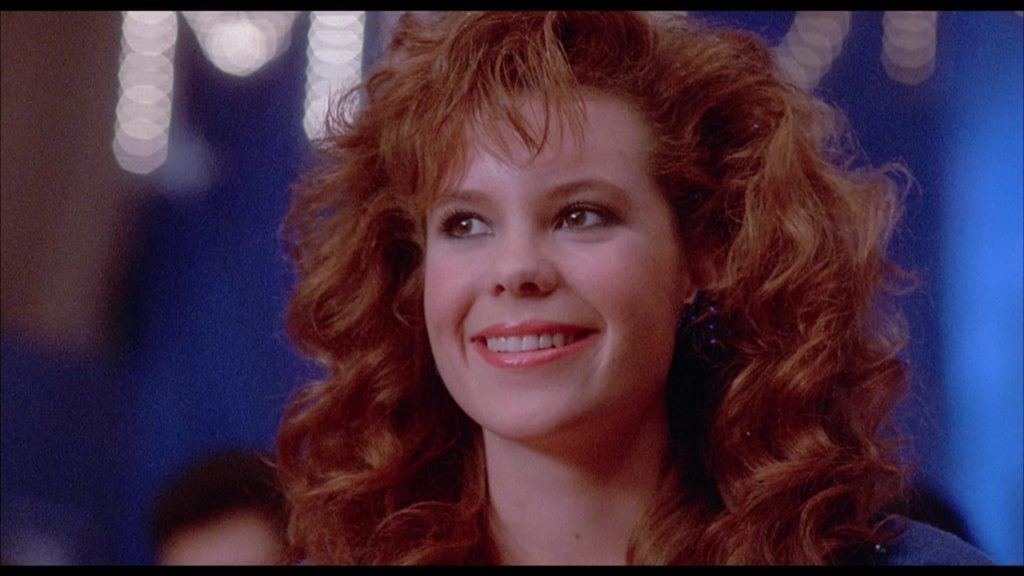 With the recap over, let me tell you some of the quick things I enjoyed about this movie. I was semi-popular in school. I was a bit of a class clown, but I got my work done. I graduated 2nd in my high school class. I played in the band, but if you know anything about a Black high school, if you played in the band, you were second only to the football team. And if the football team sucked, you were the reason people came to the games. I said all that to say this, Louise was high school me way before I was even in high school. I couldn’t tell you when I first saw this movie besides just saying as a kid, but many things about her personality really was me. I was in school plays, I loved (and still love) English, I wasn’t the most confident person, and I had friends but always felt overshadowed by them in one way or another.

Of course, the magic was undeniably one of the reasons I still think of this movie. Rewatching it, I realize just how powerful she was. She could create money out of coal, cause winds, rain, and other storms (have I mentioned Storm is my favorite hero/mutant), could make people worship and “love” her, could get revenge on those who wronged her, and she was only limited by her imagination. I know several of you may think that this is wrong, but I wanted that power (hell, I slick still wouldn’t mind it now). Now, if I would be Glenda, the good witch of the North or the Wicked Witch of the West…well I’ll just say every coin has two sides. 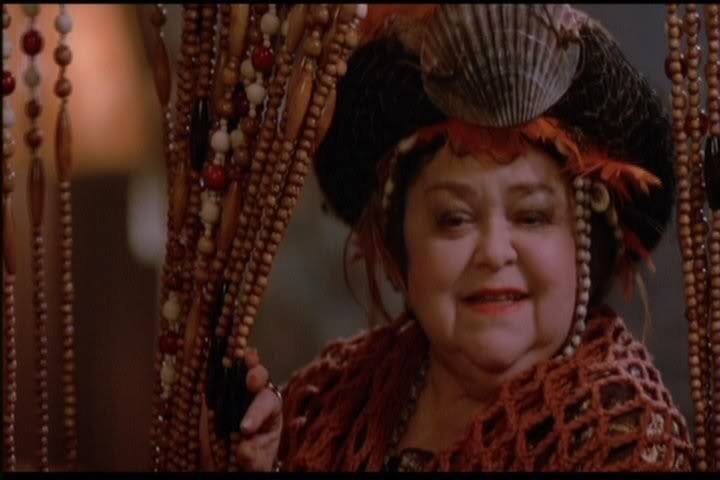 Really quickly, there are three things about this movie that I have to eye roll at now that I’m seeing this years later. One is the 3 white boys who are the hip rappers of the school, and the other is the sadistic English teacher, Mr. Weaver. Out of the two, I am most bothered by the uppity Ivory Tower of Literature white English teacher. I never have and probably never will truly care for much of the literature before the late 18th Century, but scholars’ focus on metaphysical poets, like John Donne, who honestly was nothing but a misogynist who used high language, really get under my skin. And speaking of the teacher, this is my biggest gripe about Louise’s use of her powers in the movie. She creates a voodoo doll to humiliate the teacher by forcing him to take his clothes off in front of the class. I’m upset by this mixing of powers which to me only goes on to further prove what many believe to be true at this point: that a slave named Tituba (unknown to be Black for sure, just know she’s not white) taught the white women of Salem how to be witches.

The last thing I want to say is that this movie contains quintessential 80s music, and besides the scene known as the “top that” rap-off, the theme song of the movie always makes me want to dance a little. It’s not as powerful as Pat Benatar’s “Invincible” in The Legend of Billie Jean, another of my favorite 80s movies that was already guilty pleasured by another BNP writer. However, “Never Gonna Be the Same Again*” really captures exactly how Louise has changed throughout the movie. She will never be the same person she was in the beginning. And even though she may lose the things she thought she wanted so badly, she realizes they aren’t worth anything if she loses herself. Also, I love the fact that everyone at the dance somehow all know choreography for the ending scene, which includes two guys holding on to Louise’s outstretched arm and spinning her around which leads into the other semi-theme song for the movie “Finest Hours**” and basically is a parallel to Louise realizing that the best her is coming out tonight, no magic required.

So, there it is. My guilty pleasure confessional of being a grown Black man, who enjoyed the power of Teen Witch. Check it out of you’re looking for some good, cheesy, cult classic 80s nostalgia one of these days. 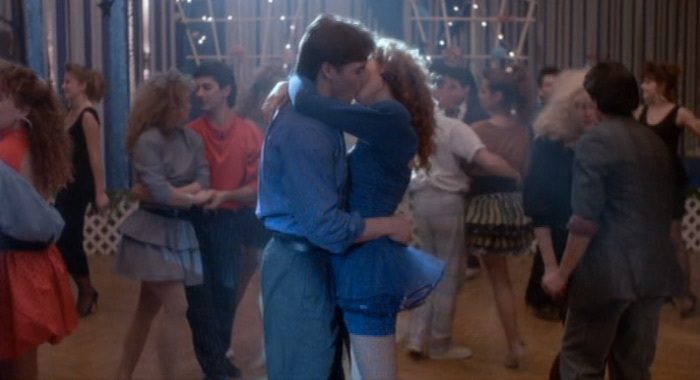 *The song is listed as being by Lori Ruso; however, in the movie it is performed by Cindy Valentine.

**The song is performed by Cindy Valentine, but Larry Weir is credited as the writer.