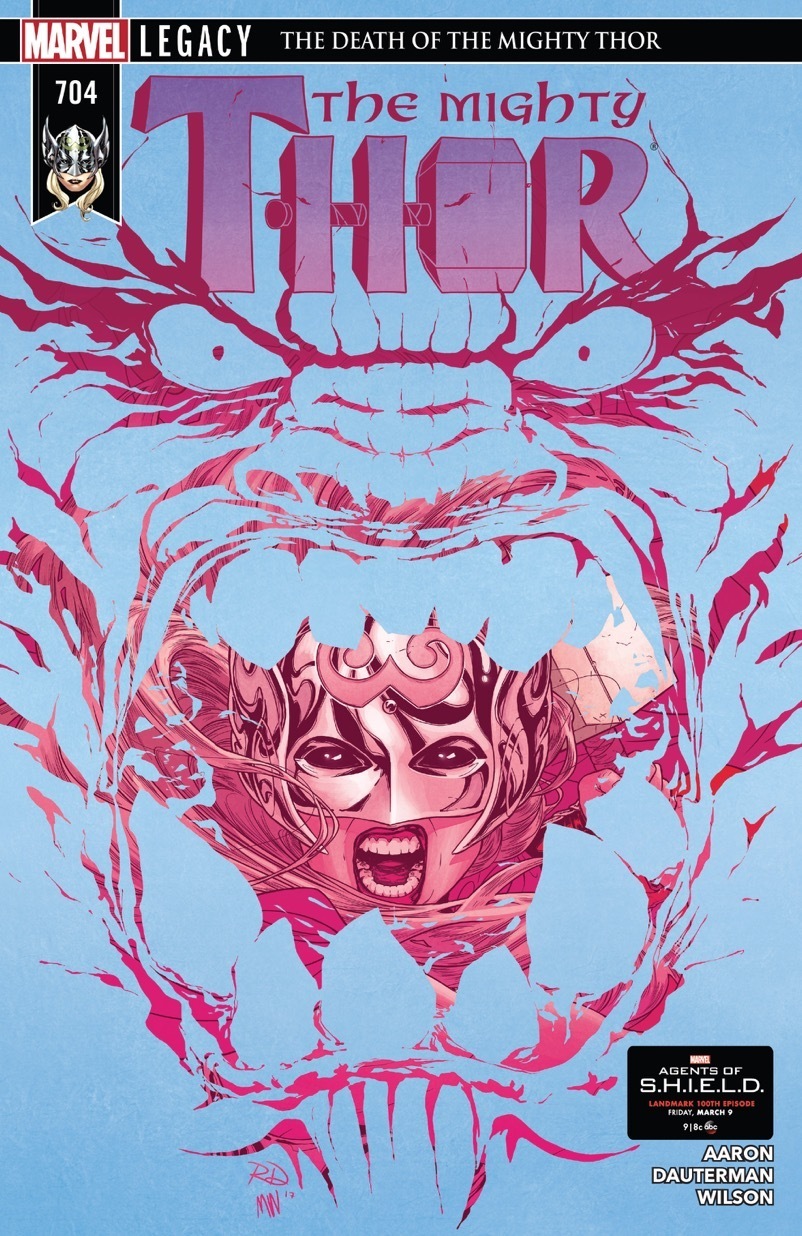 Issue #704 is another well balanced addition thanks to Aaron’s easy to follow script. Granted, in most cases, “easy to follow” isn’t the biggest compliment for a book, but Aaron toggles between a lot of story in the course of 30 pages. Jane’s battle to come to grips with her inevitable fate is equal parts inspiring and heartbreaking. If anyone else tried this same thing, it would be considered filler nonsense. If Arrow tried this, we’d be rolling our eyes at a contractually obligatory episode to keep the showrunners on quota. But we learn a little about what’s always driven Jane through her personal and possibly professional life. I find her motivations compelling because they’re almost a referendum on the creation of the superhero myth where heroes are built to fill a void. In the case of this book, Jane’s Thor wants to be the kind of God that wasn’t there for her when she was in need. The other highlight is the exchange between Loki and his mother. Loki is soaked in charisma even when he can’t stand the face he sees in the mirror.

Russell Dauterman is an artist that borders on infallible on this book. He’s every bit as awesome capturing the quiet, emotional moments with Jane and the sorrowful instances with Loki as he is during the visceral, destructive throwdown between the Mangog and the whole of Asgard. It’s a pretty consistently one sided fight, but I swear to you it’s never boring to look at.

Bottom Line: What a lovely ode to Jane Foster this was. I’ve never been so sad about a story where I more or less know the ending but that’s the magic of Aaron and Dauterman writing this book.

9.5 Ragnaroks out of 10
Reading The Mighty Thor? Find BNP’s other reviews of the series here.