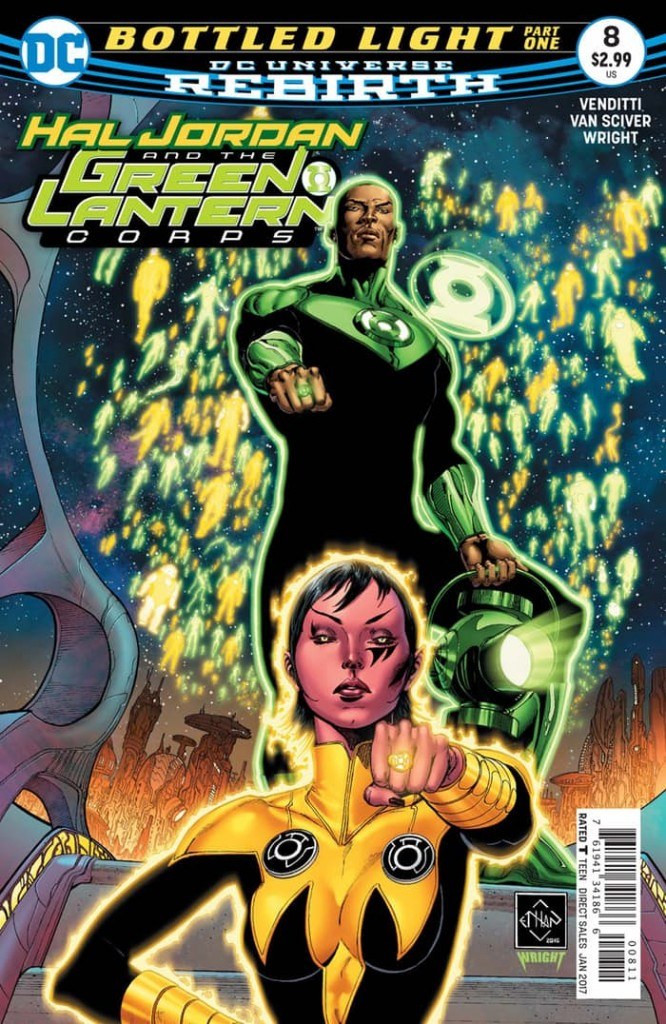 The first story arc of Hal Jordan and the Green Lantern Corps started on a high note and ended on a pretty high one too. Robert Venditti got the franchise back to the epic space swashbuckling adventures we all know and love while making us remember why we fell in love with the non-Hal members of the Corps in the first place. But can it keep that same adventurous pace going into a new story?

Issue #8 spends a large chunk of time regrouping the good guys to bring everyone up to speed on what’s happened and what’s next for our heroes. It starts off a little talky, but Venditti doesn’t waste too much time throwing the Corps back in the thick of things with a new threat from a familiar villain or two. I love that this book is really taking some risks to make its name as the “big threats” book of the franchise where you never know who’s going to pop up and cause trouble. 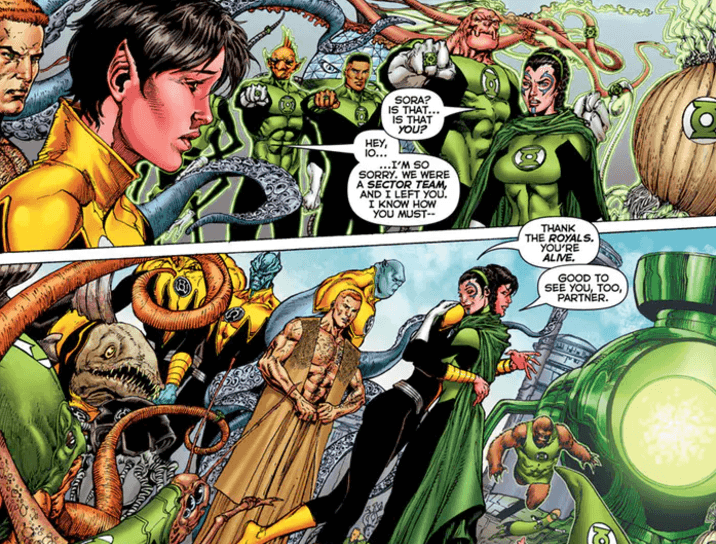 Also, it is an absolute delight to see John Stewart on his Monday Morning quarterback swag. Despite having some wonderfully grandiose moments, Ethan Van Sciver’s artwork was super problematic in places. There is a panel where Corps Leader Stewart sounds off for the Lanterns and it looks like he had to detach his jaw to yell that loud. The anatomic inconsistencies are what kill Van Sciver’s art every time, but the errors weren’t so egregious that it took away from the epic scale of what’s to come in this story arc.

Bottom Line: Okay, fine. It could have been a better looking book in certain areas, but it gets a lot of credit for its ambition and staying as fun as possible.

8 Rob Liefeld-inspired Body Types out of 10