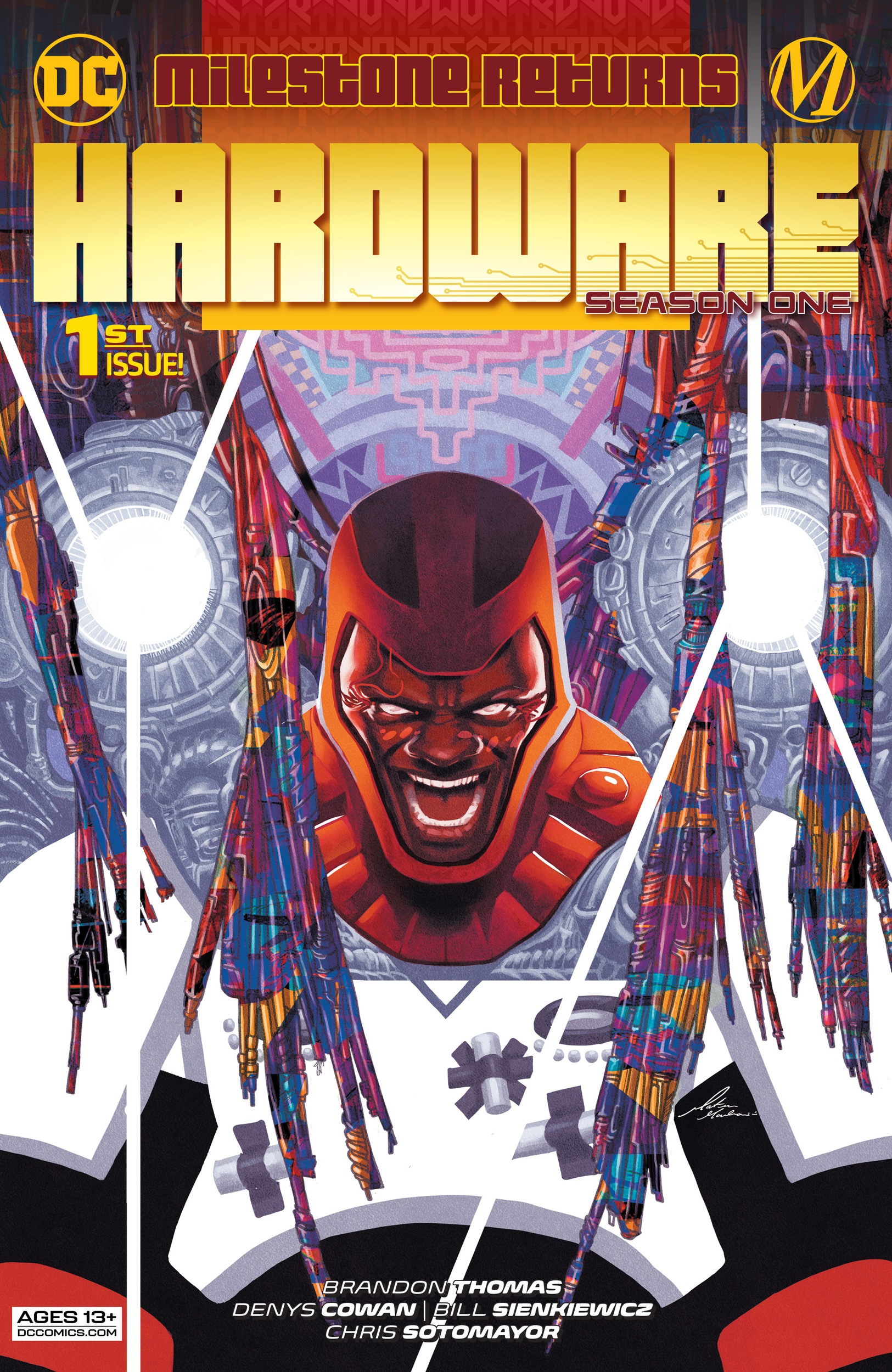 Hardware is next up in Milestone’s return, and his debut issue was a banger.

Curtis Metcalf is a genius inventor working for Alva Industries using his intellect to try and improve the world. But when he’s framed for Milestone’s inciting incident dubbed the “Big Bang,” he has to use his inventing expertise to create something that will allow him to survive.

“The Big Bang” wasn’t Curtis’ fault, but Edwin Alva, head of Alva Industries, needed a scapegoat for all of the abominations and death linked to his name. He thought Curtis would just lay down and take the fall. He thought wrong.

At face value, Hardware has some similarities to Iron Man. A genius inventor who creates a suit of armor in distress to help save himself. But where Hardware and Iron Man differ is what really makes him unique.

Unlike Iron Man, Hardware wasn’t born into wealth and access, but Alva did mentor and support him from a young age, providing a door into a world that he may have never been granted otherwise. It was an immense opportunity given by Alva, and Curtis benefitted so much from it. But it wasn’t genuine. It wasn’t from the heart, and Alva, now in a bind, thinks Curtis owes him for everything he gave him.

So that’s really what Hardware is about (so far). A look into what we can achieve if we have equal opportunity and access, but then the same old bullshit comes to bite us in the ass. Hardware is mad, and we should be too.

Hardware is a good example of how familiar stories can be elevated by putting people of color in the role. Hardware isn’t specifically about Curtis being Black, but it’s better because he is.

Brandon Thomas does an excellent job weaving the complicated relationship between Curtis and Alvin throughout this book. We see moments from the past almost immediately given context in the present, and by the end of the book, we can really understand why Curtis is mad, but also hurt. Thomas has been rising the past few years, and he’s proven that he can really tell a great story, especially when that story centers around a complex parental/protégé relationship.

Hardware brings back Milestone Co-Founder Denys Cowan to the universe that he helped create. It’s so dope to see Cowan’s unique style represented in this world all these years later. I love that we’ve been getting some other younger perspectives too but giving an OG the chance to play in his sandbox is really special. You can see how much care he puts into this book. Each page feels like you could blow it up and hang it on the wall.

All in all, like Icon, Hardware’s debut issue wasn’t too different from the original run back in the day, but I’m sure as things really get going, things will take a few unexpected turns. I know I’m here for the ride.

Peep our interview with writer Brandon Thomas, and artist Denys Cowan on the return of Hardware here.

10 White Billionaires out of 10