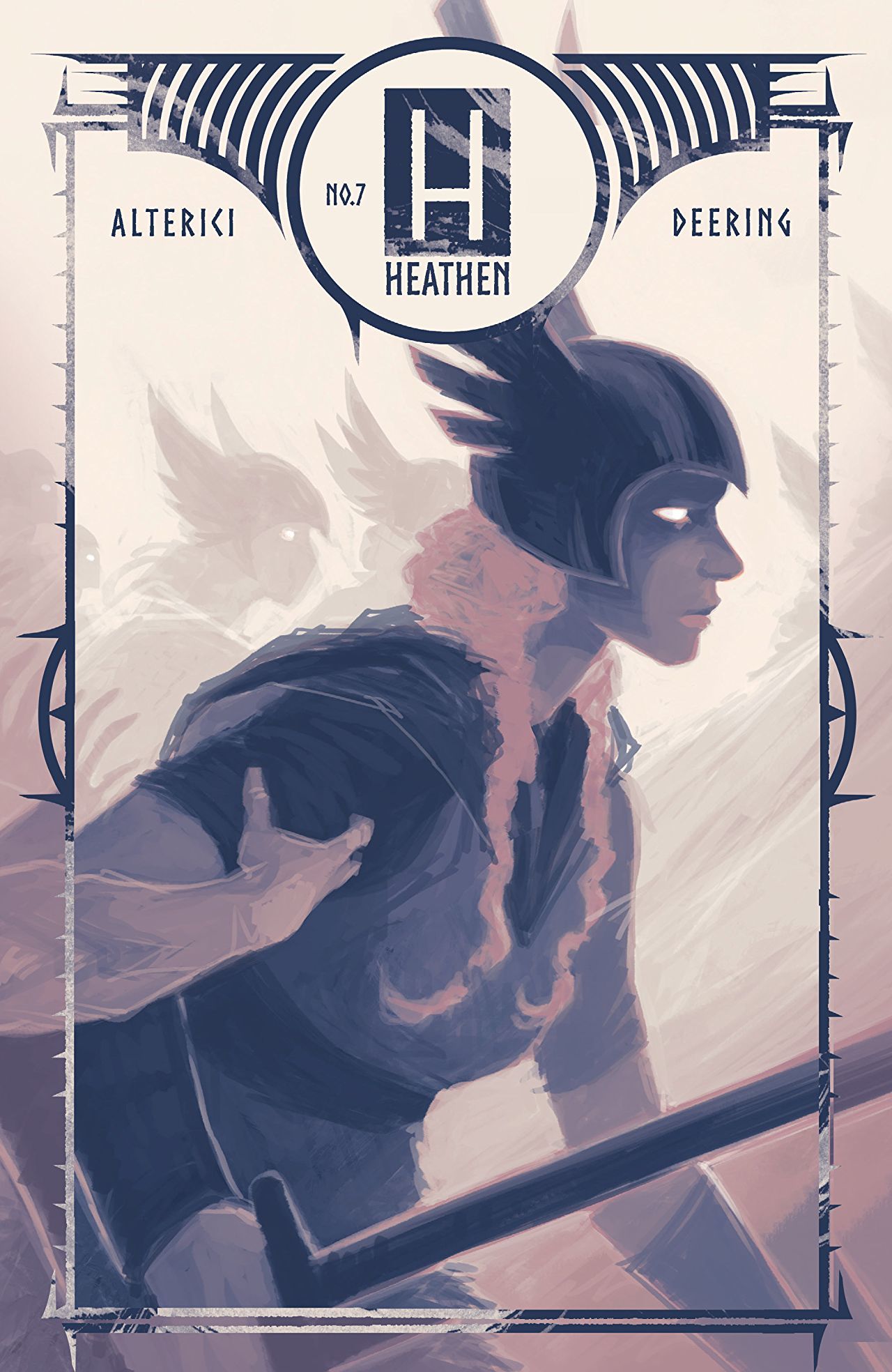 Vault Comics has exploded onto the comics scene in the last few years, bringing all kinds of new speculative fictions to my pull list on the weekly. Wasted Space. Submerged. Queen of Bad Dreams. She Said Destroy. All unique. However, my favorite is the first one I found: Heathen. Written and drawn by Natasha Alterici, Heathen tells the story of Aydis, a young Viking woman exiled from her home for the crime of loving other women. She sets out to free a mythical Valkyrie and ends up doing oh, so, much more than that. This issue, #7, picks up right where #6 left off over a year ago.

Heathen is such a good comic. I don’t begrudge the delay between #6 and #7. Instead, I relished curling up with the previous issues and re-reading them, remembering all the details. Aydis has found Brynhild, then swearing to free her from the curse, sets off in search of Odin. On the way, she meets a crew of women pirates, mostly freed slaves from other parts of the world, and hires them to help her. Brynhild the cursed Valkyrie returns to her previous husband for help and together they also search for Odin. Meanwhile, Freyja, Odin’s wife and goddess of love, has intervened and attempted to discourage Aydis. Unable to change her mind, Freyja gets involved. She returns to Odin to try to talk some sense into the King of the Gods. You can imagine how well that goes. These threads don’t weave together so much as parallel and support each other. The story still centers Aydis’ journey, not just to win freedom for others, but to test the edges of her own freedom. It also illustrates how one young woman’s growth triggers the brave growth of those she encounters.

Most of Issue #7 is taken up with a debate between Freyja and Odin, one that comes down to the relative powers of love and war. These two immortals have been locked together for all time. Even now, estranged, they use their strengths against each other, always knowing exactly how to break the other a little bit more. 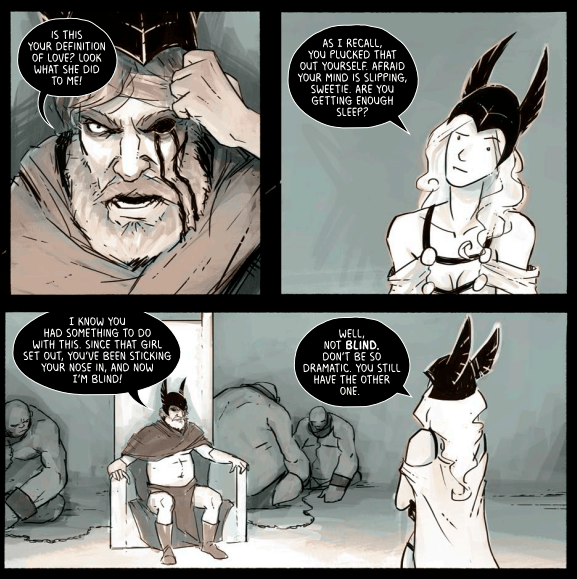 At the end of the comic, Odin drops a move of such cruelty, I gasped. The power of Alterici’s style, both artistic and verbal, is that the smallest things matter. The extended pauses, the blank spaces, the silent people.

Aydis also comes up against an ending that drives one to silence. She is finding her place among the pirates and is building a relationship with Dahia, who’s suggestion of a punk rock hair cut is totally endearing. 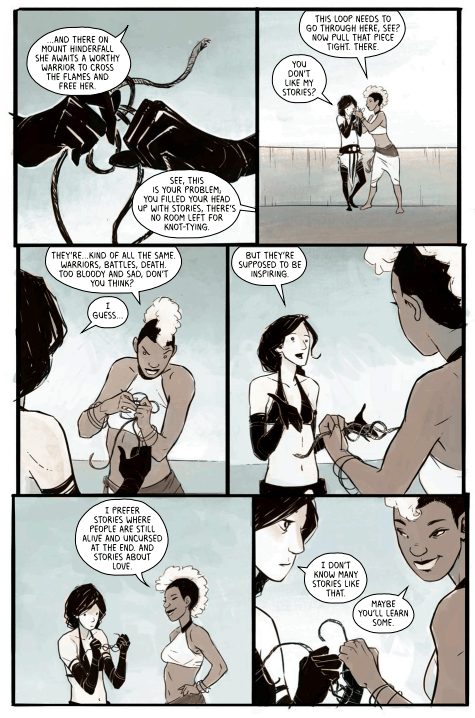 I admit, I didn’t expect to see people of color in a comic about Vikings, so our inclusion here is a nice surprise. With a limited palette, Alterici still manages a better representation of skin tone variety than folks working in full 4 colors. (But Black skin is hard to illustrate, right?) I’m sure the Queer Women of Color pirate ship gets complicated by the end, but right now, it is a welcome contrast with the patriarchal rules on land.

Back on track, with threatening cliffhangers for all our main characters, Heathen is back as striking and effective as ever.