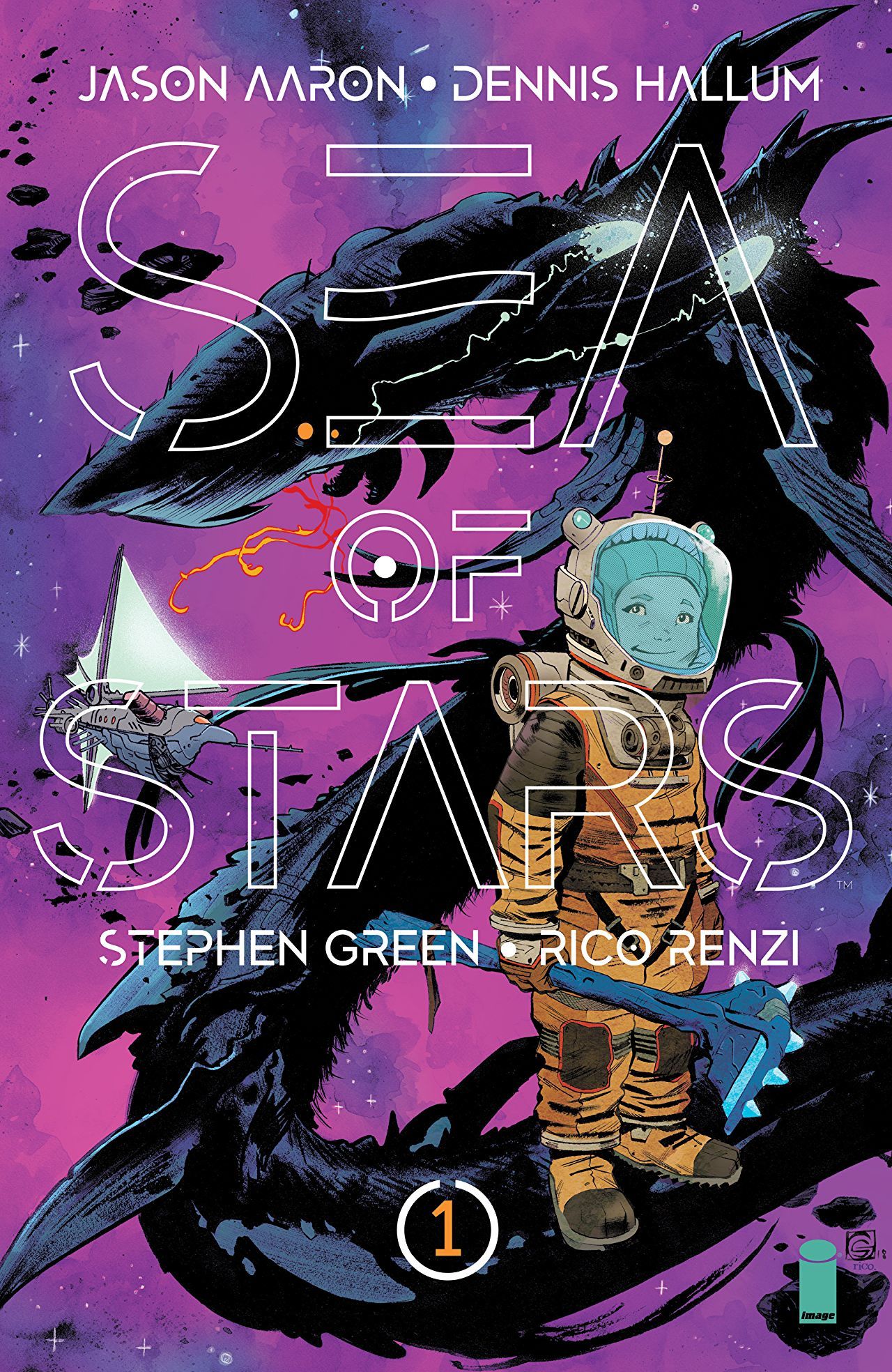 Jason Aaron has a talent for creating epic, expansive, space-faring adventures. So ears should perk up at the mention of him teaming up with writer Dennis Hallum (Avengers: Arena fame) and artist Stephen Green for a brand new original series featuring a father and son lost in space. The end-product is a fantastic first issue that explores the cold, emptiness of space and some of the wonders it holds. 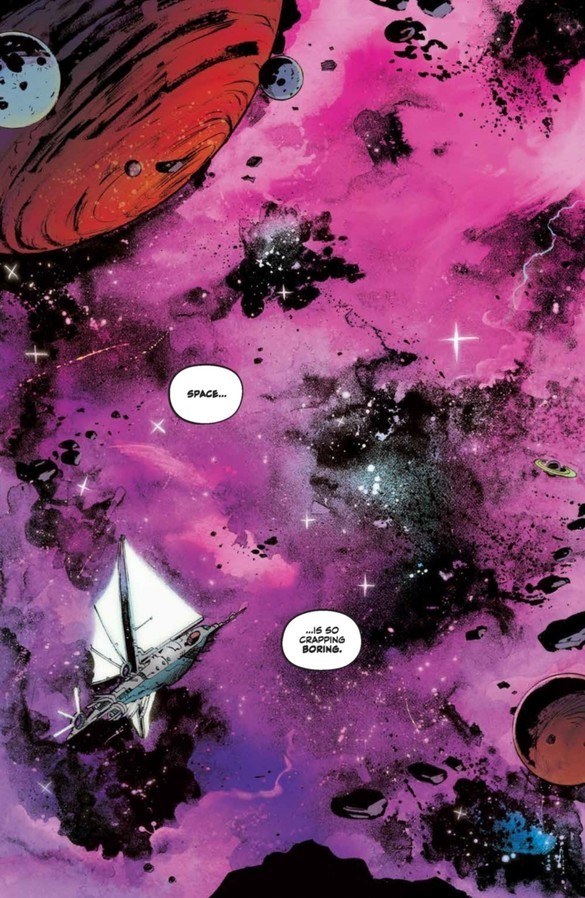 Sea of Stars introduces us to Gil Starx, a space trucker traveling through the stars with his 9-year-old son Kadyn. The way Aaron and Hallum tell the story, hauling goods through space can be just as mundane as regular trucking. I’m fact, we open with Kadyn lamenting being stuck on a boring space trip with his dad without one blackhole or exploding star in sight. And that seems to be the case until suddenly the two are thrust into what can only be described as something akin to an episode of the History Channel’s Ice Road Truckers: Space Edition.

What I like about the opening moments of Sea of Stars is the tone of it all: the calm, the loneliness, and the tranquility. Aaron and Hallum do a great job of making space feel so pedestrian and beautiful at the same time. The pacing of the first few pages also gives us time to soak in our two main players, Gil and Kadyn, as we learn a little more about their situation. We don’t really get to know too much about father and son, but it’s enough to give readers an idea of what their relationship is like at the point where we are introduced to them. 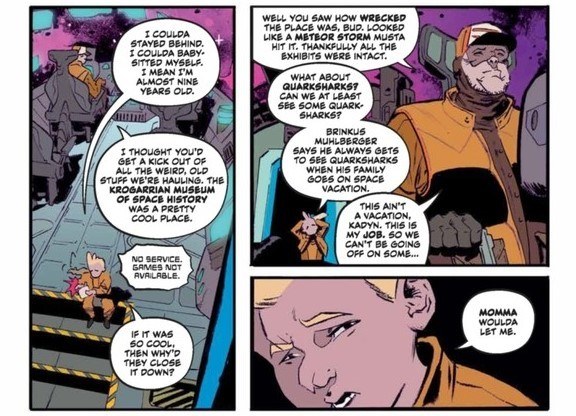 When the chaos starts, it’s like a flipped switch, and the whole atmosphere changes. Space goes from being this fantastic set piece to this disorienting experience. Suddenly, the tone of calm and tranquil disappears, and it’s replaced by the feeling of panic and fear. While part of this is thanks to our writers being able to project our protagonists’ feelings onto the reader, a lot of it has to do with Stephen Green’s pencils. He perfectly gives us great panels that are neat and empty towards the beginning, with the changeover giving readers panels and spreads that are claustrophobic, messy, and grand in scale. It’s really good.

The best thing that I can say about Sea of Stars is that it gives readers enough to keep you interested and coming back for more. I do wish we would get to know a little more about the characters. However, it’s a great introduction that teases mysteries and sets up an intriguing premise. I don’t know where it’s going to go but that’s part of the fun and I’m looking forward to more.

8.5 Versions of Timon and Pumbaa in Space out of 10