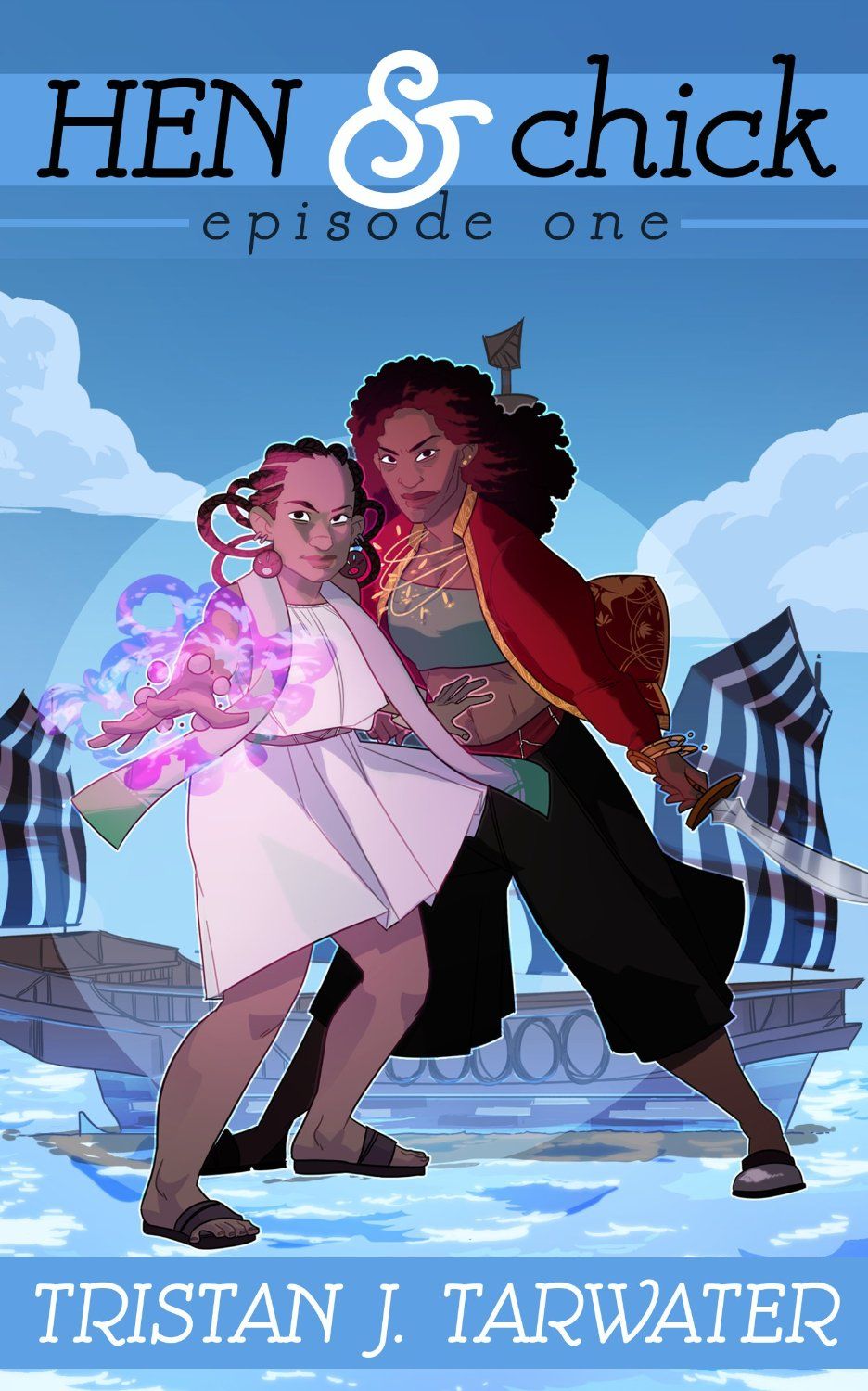 The mother/daughter relationship is underrated in fiction, especially fantasy fiction, where the standard character seems to always be an orphan, or at least a person without a past. So when Hen & Chick, a fantasy novel by Black Nuyorican Tristan Tarwater, came through my inbox, I was both excited and ready to be disappointed. The title Hen & Chick promises a mother Hen and a daughter Chick. The cover promises brown-skinned mommy-daughter adventures and a boat. But does it deliver?

The setting is a fantasy archipelago, filled with a melange of tastes and smells taken from the tropical islands of the real world. The cast is lead by a teenage Azria, a young magic user who is graduating from the heavily bureaucratic mage school on the island of Miz. Like any other 16-year-old, Azria is thoroughly bored with her tutor Hiezh and is thoroughly tortured by her classmates. While living with her grandmother, the big rumor of the school swirls around Azria: Is her mother Apzana a pirate? Is her father a Mizian like her mother or is he…a foreigner? Azria doesn’t know, and these gaps in knowledge and family are what define her until the fateful day when her mother, who’s been gone since she was 10, returns as the captain of her own ship — The Hen & Chick. That’s when the story takes off and starts to deliver on the promised mother/daughter love, complicated as it is, and the promised adventures. 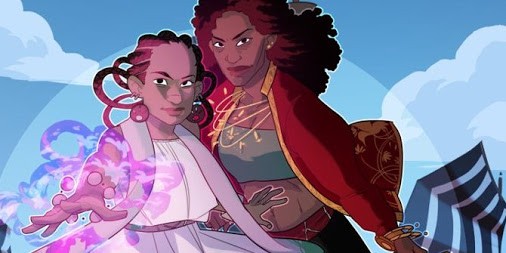 The descriptions are the best part of the first few episodes, each scene is full of carefully chosen smells and colors. The island of Miz is part Caribbean, part southeast Asian, and all unique. This is a fantasy world without a hint of Europe. The characters are just as unique, each hinting at their own backstory even as Azria is the center of the plot. The episodes are squarely PG, so I recommend this one as an all-ages read. This is the sort of book you wish existed when you were a 16-year-old.

Hen & Chick is written as a serial, with each chapter written as an episode in Azria’s unfolding story. In that way, it isn’t finished yet. I’ve only read the first first 3 episodes, but am definitely looking forward to the rest. So many SFF has focused on male characters, and therefore on male relationships with other men. I’m excited to read a new world from the perspective of a young, bold woman and her mother — a woman just as bold. I anticipate that the story will revolve around their developing relationship as Azria leaves her comfortable youth and explores both her world and her adulthood. You can expect ongoing reviews from us here at BNP as the story develops.

I noted in my End of 2015 book review that one of the developing trends of 2015 was the continuing explosion of new ways for authors to reach their audiences. Hen & Chick exemplifies this trend. Originally produced as a serial and available to subscribers through Patreon, the series now posts monthly to Amazon, Barnes & Noble, and plenty of other places — check the website for all the details. Episode 7 hit the public on Jan 1, so there’s plenty to read available.  You can also subscribe to the project on Gumroad to get the episodes before they’re available to the public. In the future, all of Hen & Chick will be collected into a single volume and sold through those same digital channels and in print. Are those enough options for you?

Read along as each episode comes out or wait for the collection. Support #diversebooks and get in on some creative fantasy from an author who’s got lots of stories to tell.

Editor’s Note: This piece was first published on Jan 5, 2016. Since then, it has been updated and now includes the writer’s newer pronouns that they prefer and answer to. All Kickstarter campaigns mentioned have long finished their days of seeking funding and Tarwater’s Patreon is currently not active. See more of Tarwater online of their website where a complete listing of their work is linked for purchase and find them on Twitter. They contributed to several projects since this interview wrapped up like penning comics about Harriet Tubman featured on The Nib.