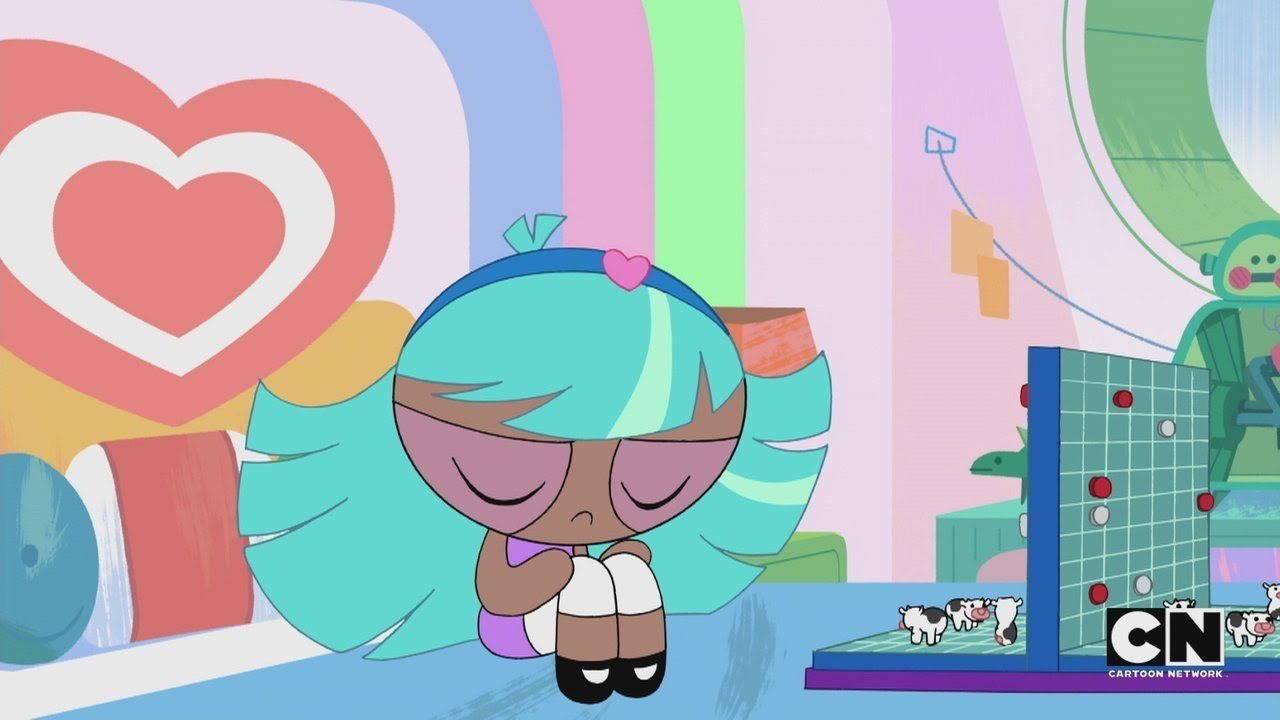 On September 6th, Cartoon Network dropped a bomb in Instagram announcing the addition of a new Powerpuff Girl with Blossom, Bubbles, and Buttercup surrounded by the silhouette of taller and, ummmmm… darker sister. Rumors spread, the interwebs speculated and soon we found out that the fourth sister was indeed an older POC. Voiced by Olivia Olson [Phineas and Ferb, Love Actually], we later found out that the new sister’s name is Bliss (we’ll come back to this). 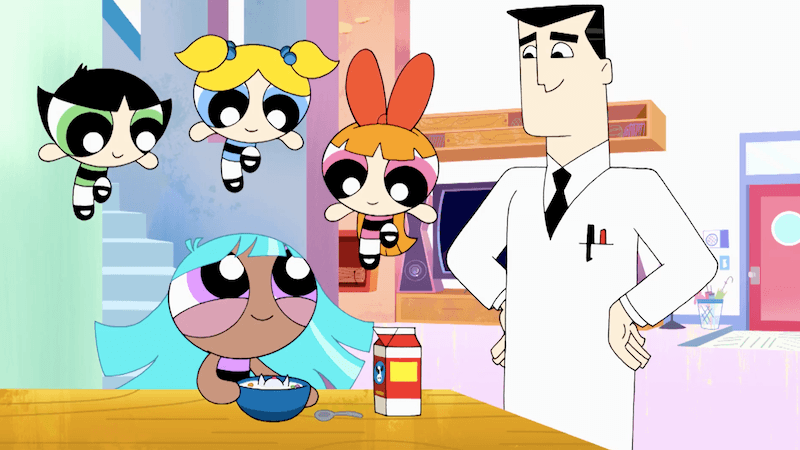 I have to admit that when I first heard of there being a new sister added and that she might be a WOC, I was a little anxious and excited. I remember PPG Classic and was a huge fan. I have to be honest and say that the Cartoon Network reboot never sparked my attention until now. Like many fans and others interested in seeing what kind of a punch the new girl packed, I sat down to catch the season 2 five part movie premiere Power of Four after it aired on Sunday September 17, 2017. I watched the entire movie and I’ve got feelings. I’ve got pacing around the room stomping my feet feelings. I’ve got pass another Black woman on the street give a head nod and smile in the key of “what the hell kinda white nonsense is this?” feelings. Here we go again feelings. I’ve got the “why can’t we live” blues over this shit. Please allow me to list my issues below, in no significant order. 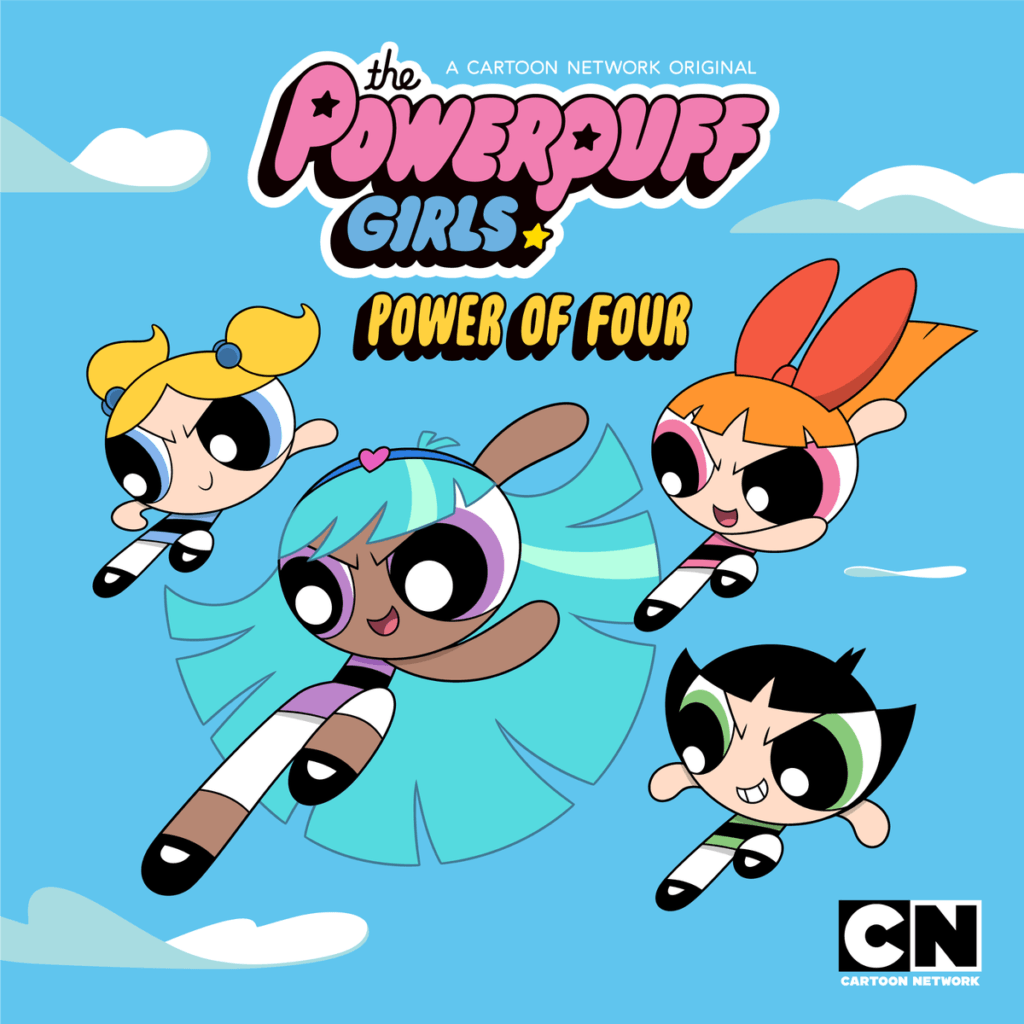 1. Bliss got more names than a Black baptist church.

Her full name is Blisstina Francesca Francia Mariam Alicia Utonium. Bliss for short. I had to do a little research just to find the full names of the other PPGs and to get my feelings in check before I went all the way in. Guess what? Blossom’s name is Blossom. Bubbles is Bubbles and yeah, Buttercup is just plain ass Buttercup. Sure the girls like to give one another nicknames, but that’s it. Why in hell does Bliss have 6 names? You can take Utonium out if you want and blame that surname on the professor, but the rest of those names smell like stereotypical bullshit to me. She got the name of every POC character that hit PPGs cutting room floor.

Apparently Bliss can’t hold it together. No matter her emotion, she ends up wrecking shit. Bliss’ explosive manner is seemingly a result of the accidental Chemical W in her system and how it pairs with sugar, spice and everything nice. She is noted to be the “perfect little girl” with you know, just a dash of emotional instability. She’s so emotionally unstable that she literally blows shit up and left the professor ten years ago because of it. Was this character trait necessary? Hell nah. Why does the only POC PPG have to have an attitude problem? We can’t get past the angry Black woman trope in 2017? This is a label rooted in fear; a stereotype that continues to be perpetuated in many forms of media and one that I’d rather not see in my cartoons.

Mojo Jojo was Bliss’ best friend when he was Professor Utonium’s assistant. A monkey. This Black girl had a monkey for a best friend? At least they didn’t show a flashback of them eating watermelon together, huh? I’ll take “Disparaging stereotypes and racist symbolism” for $1,000 Alex. FOH. 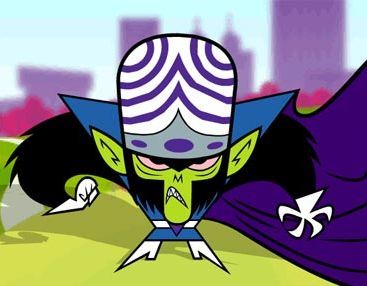 Bliss seems to be the only one of the PPGs calling Professor Utonium daddy and the only one that lived on a shitty ass island without him. Seriously, she left after having one of her “meltdowns” over some milk to go live on Bird Poop Island and this dude never went looking for her. She lived on an island of shit, y’all! Trees covered in bird shit. Mountains covered in bird shit. Bird shit covered in bird shit on top of a cave that is covered in…. you get it. Not only did he not step a foot toward finding Bliss, when she got back he locked her ass up. Well ain’t that nice. Good thing Bliss is a winner…

Again, I admit that I was blinded by the thought of a POC PPG and missed some initial reactions of caution that I should have had at the announcement of Bliss. That’s what your homegirls are for, though, to point out the bullshit so you can keep ya feet clean. My sis Brittany Williams pointed out Bliss’s cinched waist and wide hips and I lost it. Teenager or not, forreal? Being taller couldn’t have been enough? I mean, it’s all fictional, she could’ve been the same size/height as her sisters. No, Bliss had to be taller with an accentuated waist to show that she was older than the others. Black bodies have been fetishized, hypersexualized, and policed since before the Trans Atlantic Slave Trade, so taking a critical eye to Bliss’ physical portrayal is necessary. It’s necessary criticism because it was an unnecessary distinction.

I could probably keep going with the list, but why. When we add it all up, the sum of it all equals to Cartoon Network jumping on the diversity bandwagon and skipping the relevance and relationships to its viewers for a piece of the equality pie. Instead of a new PPG worthy to stand her own ground and a kickass little super-heroine, we were given the possible makings of another magical negro to add to an ever-growing list. The archetype been played out and so is Cartoon Network. Bliss left at the end of Power of Four and I don’t blame her. I’ve seen this beginning and ending too many times to count.