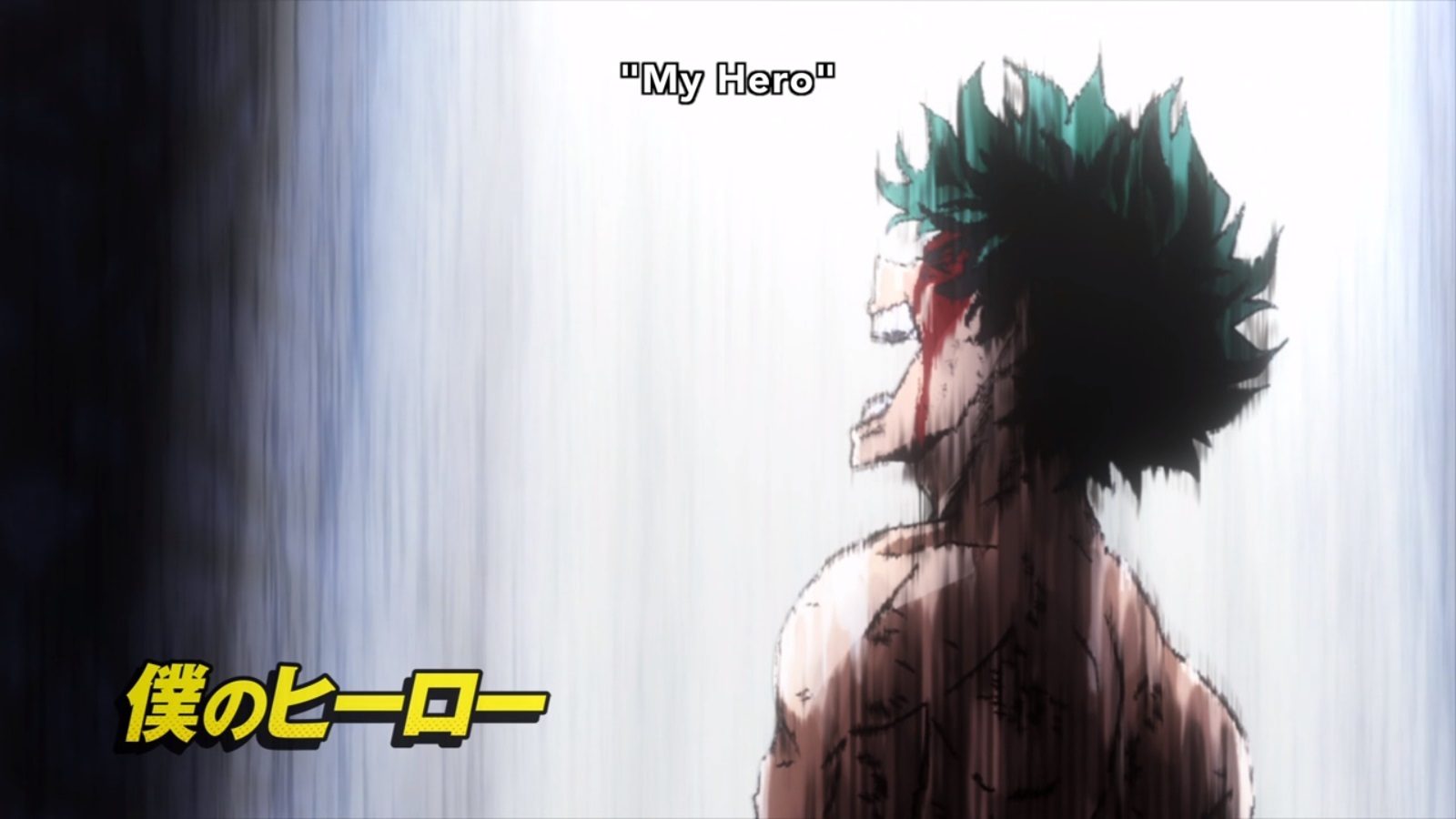 The League of Villains has finally made its move and Midoriya faces his greatest challenge yet. “My Hero” kicks into high gear from the opening, going five minutes into the past where Aizawa and Vlad are in the classroom with the failing students. They hear Mandalay’s warning that villains are attacking the training camp and that there may be more villains in the area. Aizawa rushes out to help the others in the woods and walks into Dabi’s surprise attack. The scene then shifts across the woods, checking in with the students of UA High as they encounter the horrors of the villain assault.

One of MHA’s greatest strengths is how appealing the supporting characters are. The students of Class 1-B don’t receive much screen time, but they never feel like background players or fodder. That’s thanks primarily to Kohei Horikoshi’s character designs. Every character has personality and vibrancy pouring from them in every frame. Any of the students of Class 1-B could be the main character of MHA and that helps them to feel like the main character whenever they’re on screen.

The main focus of the episode is Midoriya and Kota’s encounter with the villain Muscular. In a twist of fate (or narrative contrivance, take your pick), Muscular is the villain who killed Kota’s parents and it looks like he’s going to finish off the family by killing Kota , until Midoriya arrives at the last moment. Their clash proves to be a battle of pure strength- Muscular’s Quirk allows him to exponentially increase his power and speed by increasing the density of his muscle fibers to grotesque proportions. Any shonen anime is only as good as its action scenes and My Hero Academia delivers with Midoriya and Muscular trading bone-crushing blows. However, Midoriya is still just an overworked student. Muscular proves to be too powerful for him and in a surprisingly emotional moment, we see Midoriya calling out to his mother and All Might when he thinks he is going to die.

At the last moment, Muscular is drenched with water from none other than Kota, whose Quirk has awakened in his moment of crisis. That small distraction is all Midoriya needs. He counters Muscular and defeats him with his mightiest blow yet: One for All, 1,000,000%.

My Hero Academia is at its best when it uses action to drive home the tenets of heroism. Listening to Midoroya try to explain what a hero is to Kota last week, was as boring for the audience as it was for the child. Seeing Midoriya facing his death and hearing him utter the words “A hero’s job is to risk his life to make the lip service into reality!” is the combination which makes his purpose clear and makes My Hero Academia one of the best anime on the air right now.