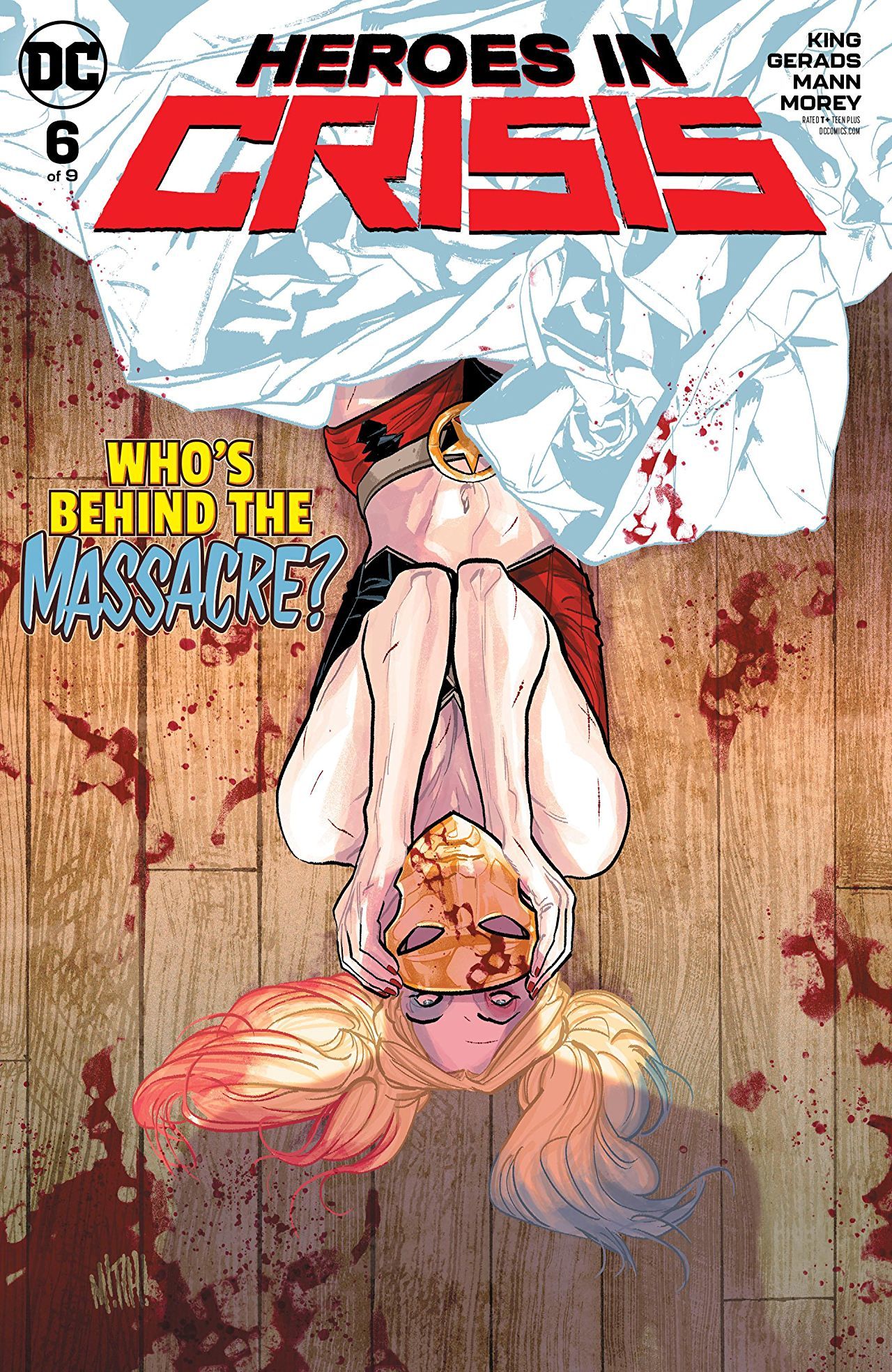 I have loved Heroes in Crisis, but this week’s issue was a particular kind of breaking point. Through the mini-series run, we’ve had absolutely compelling interstitial materials in the form of interviews with various heroes as they discuss their past trauma, and we’ve had a multi-thread approach on the murder mystery main plot. The problem is that the murder mystery is the least interesting and least realized part of the story, and the fact that Heroes in Crisis hinges so much narrative space on it has been a point of contention. The fact that we are still nowhere closer to a definite resolution as we approach the end is worrisome.

Furthermore, Heroes in Crisis is becoming a victim to its own formula. Heroes in Crisis #6 duplicates the exact same format as Heroes in Crisis #3, going so far as to include keeping Wally West in the mix and trading Lagoon Boy for Gnarrk and Booster for Harley Quinn. Gnarrk, Wally, and Harley all go through the typical self-meditation and immersion therapy while Harley loses two pages of flashback to establish her current partnership with Batgirl. As we get closer to the second act of Heroes in Crisis, it feels like the momentum of the series is undercut and generates a lot of worry that this story is going to wrap out neatly. 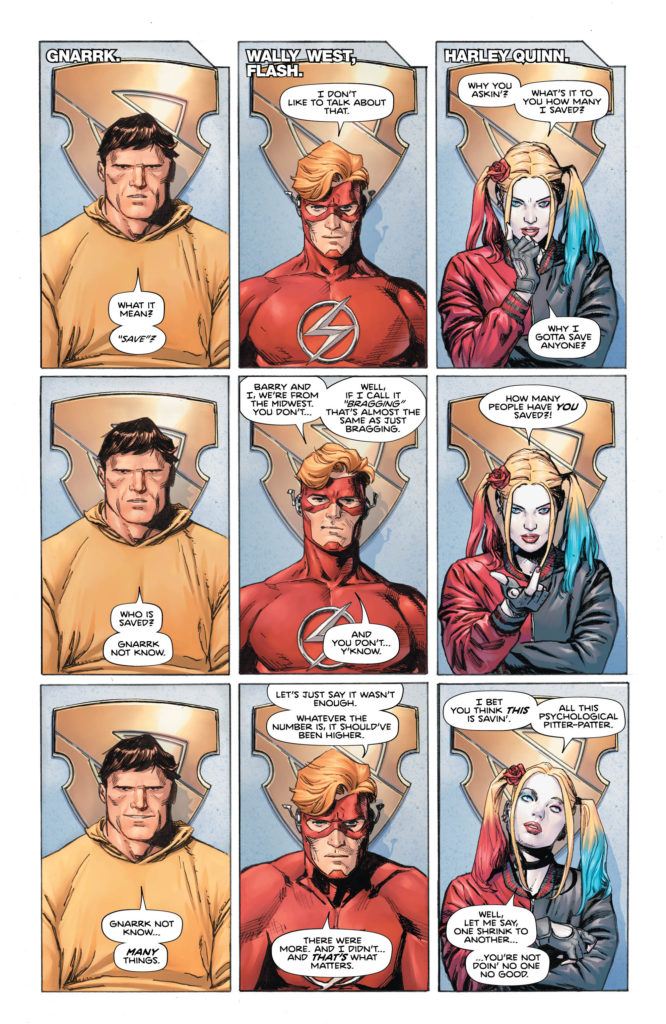 And the saddest part is that again, the individual moments of Heroes in Crisis are incredible. King’s dialog resonates and explores the psychology of various heroes with a deft hand. Gerads’s and Mann’s artwork is absolutely stunning. Mann’s interviews convey so much in single panel profiles with body language and facial expression. Gerads’s shows off his ability to create wonderful set pieces, action, and drama. But this is the first time in this series where the strength of the individual parts belies the sum of the whole.

We’re in end game territory, and it doesn’t feel like we’re any closer to a satisfying conclusion. Heroes in Crisis #6 glimpses into a different book of interviews that I much rather be reading than this murder mystery plot that has been inconsistent in its delivery. I love King, but I need a bit more certainty and cohesion to carry this whodunit this far in.

Enjoying Heroes in Crisis? Check out BNP’s other reviews here.