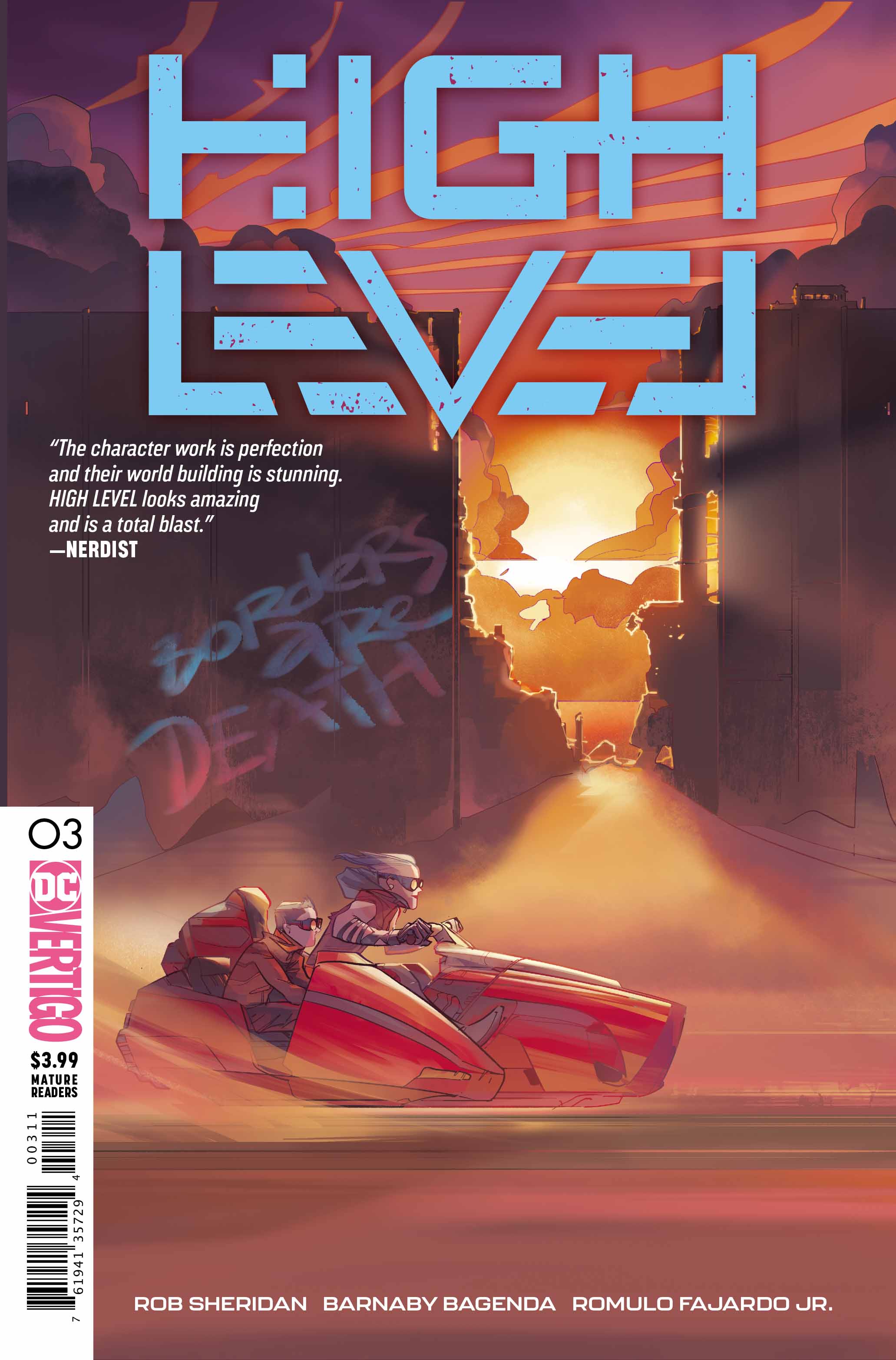 The road to “High Level” is paved with deceptions, distractions, and false promises. Low-rent data smuggler and sewage cleaner Thirteen took on what she thought would be a job easy job for some quick cash.  Everything changed, however, as she realized her cargo was a young girl with a mysterious and powerful connection to the transcendent elites. For any answers and the rest of her payment, she must survive the Mad Max anarchic society before her while pursued by a rogue High-Level military faction known as Black Helix. As their travels slowly forge a bond between them, Thirteen’s distance form Minnow softens just as they are intercepted by a figure from her past.

Just as previous installments of the series, the issue opens with a prologue digging deeper into the overarching society and history of the world. This time, a propaganda-tinged commercial introduces the illusion that is “High Level” – a protected and privileged region in the sky, accessible only to those who are “grateful and work hard.” During their trek from the Outlands, they come upon a buried relic from the war one hundred years before. In a sudden display of power and intuition, Minnow raises the relic from the ground, revealing a complex filled with weapons. In her past, the young girl reveals she was used in a similar fashion during the war and loathes the idea of being involved with more death. 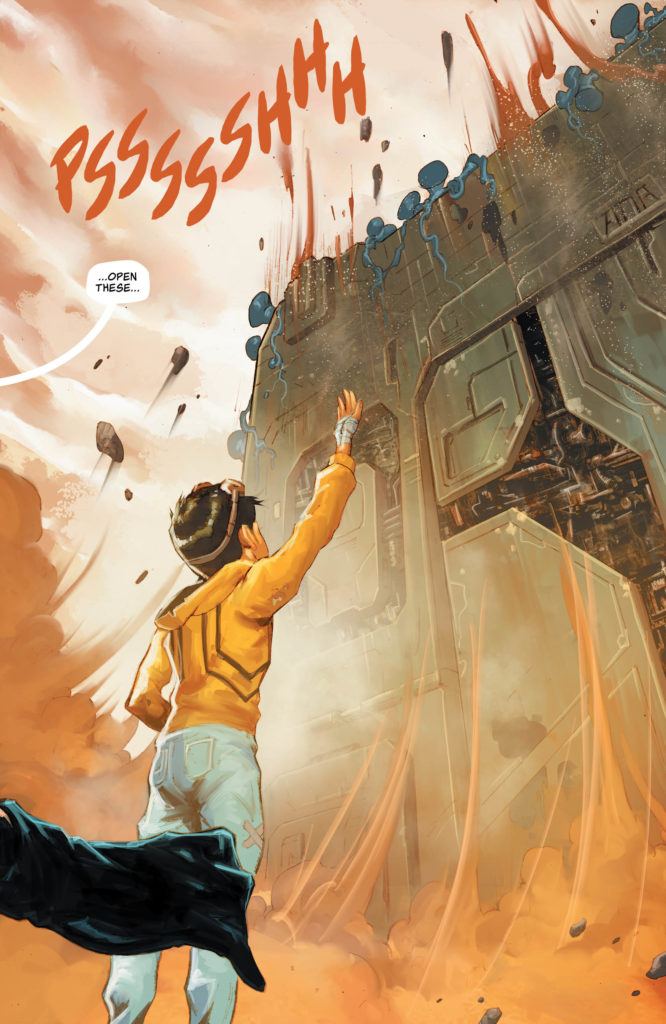 Thirteen, however, seizes the opportunity to gather the arms as currency for supplies in their journey.  Upon reaching the roguish Nibi Outpost, they enter a world that strikes chords of Battle Angel Alita by way of Brazil. Encountering a cyborg cage match and market of techno-organic and cybernetic implants and street modifications, they risk exposing themselves amongst an array of shady characters. Before they can move on, a familiar “friend” of Thirteen’s betrays her in order to collect on the biggest score on the score – Minnow.

Creator Rob Sheridan and his collaboration work artist Barnaby Bagenda continue to conjure a visual style that is both paradoxically dense and sparse for the sake of a smooth palette to render the word of the Onida. Whereas the many “haves vs. have nots” stories in a similar genre tend to shove as much visual stimulation onto a page as possible, “High Level” takes a smooth, grounded approach that allows the viewer to understand and dissect not only the world’s infrastructure but also its techno-vegetation and livestock. As Thirteen smuggles Minnow to High Level, the audience assumes the viewpoint of the child, allowing the explanations and exploration of the series’ world to flow organically without interrupting the narrative flow.  For instance, when Minnow takes note of the strange trees that receive the garbage dumped from the elites above, the series subtly reminds of the class and social war at the heart of the world’s conflict. Instead of coming as merely another series about a theme, however, the script weaves these undertones into the choices of the characters and conditions in which they exist.

“High Level” presses forward with a confident pacing and distinct tone as Thirteen’s mission to return Minnow to the sacred zone referred to by the series’ title.  Fans of thoughtful world-building with a flair for retro-cyberpunk dystopian epics look no further. The subtle undertones of classism, Apartheid, and the effects of hypercapitalism and environmental decay lure beneath the surface of a series that is also a beautiful page turner. Fresh, but mythically familiar in the narrative conceit of “the journey,” this series will find its place amongst the mainstays of your monthly pull.