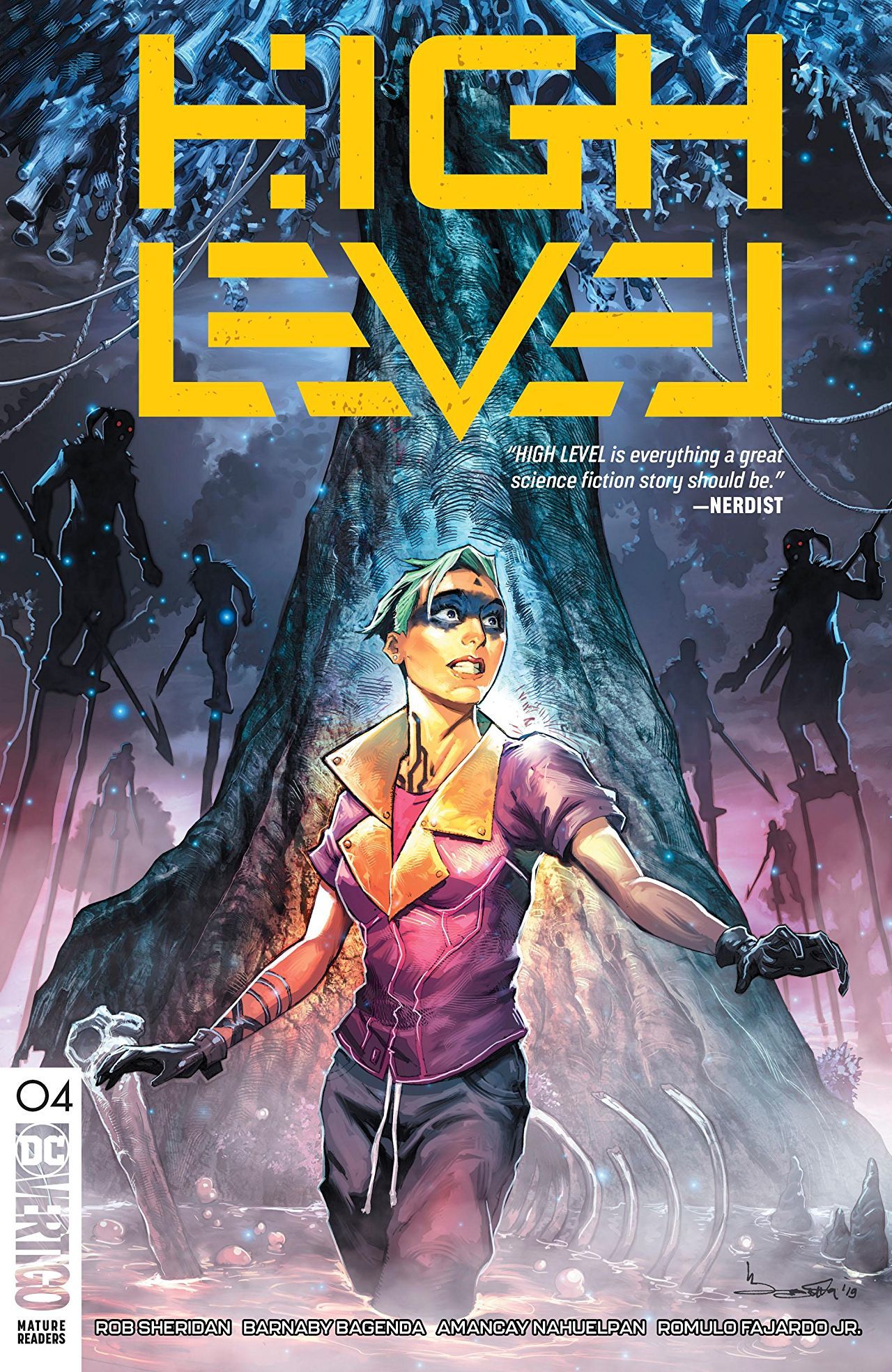 Chapter Four of Rob Sheridan’s cyberpunk odyssey finds protagonist Thirteen on the search for her temporary ward Minow, the “golden child” of the elitist citadel in the sky known as High Level. Since accepting the job to transport the girl, Thirteen’s journey has only grown more dangerous and mysterious. The deaths of Thirteen’s friends, her former lover, and almost anyone connected to the child should be enough to make her simply walk away; at this point, however, Thirteen actually cares for Minow as a person, much more so than the conspiracy theories about “Who is she really?” and “What can she do?”

The issue begins with Thirteen betrayed and beaten into unconsciousness by a group of thieves led by her former colleague. She awakens without Minow on a small raft, ferried by Outlanders speaking an ancient tongue.  They reveal to her that Minow was doubly kidnapped, and most likely in the hands of child-traffickers in Pleasure City – a zero tolerance area for violence, harassment, and repression wrapped in a hedonistic, free will, free expression facade.  All violations are punishable by death. BDSM booths, brothels, drug dealers, Furrie Collectives, and white nationalists all have equal freedoms as long as they are nonviolent.  As Minow interrogates one group after the other, she learns that the only way to get any real answers is to speak with the leader of Pleasure City – a mutant known merely as “The Hunger.” The only way to speak with the boss, however, is to get arrested, and there are only two laws.  Choosing wisely, she exposes a group of “white purists” who in turn have her arrested for repressing theirs rights. 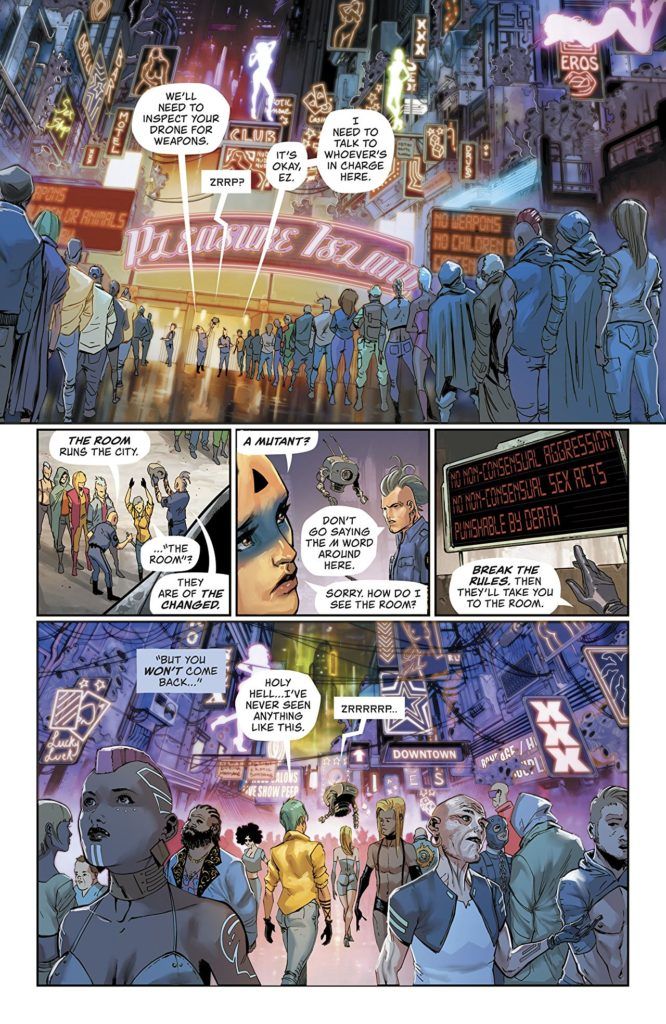 The Hunger, insulted that she believes such a horrible act would happen in his city, allows her to investigate the allegations of child-trafficking.  Following a tip that leads her to a “hetero brothel,” Thirteen teams up with Valentina, the voluptuous, leather clad brothel madam, in order to rescue Minow and other missing girls. Together, they infiltrate an auction held by a secret society known as Tomorrow’s Sons. As the reactionary underground faction in the city, they claim to be the saviors of the next generation of women to counteract the liberalism that permeates the city. Thirteen and Valentina arrive just in time to find Minow on the auction stage. Before they can take their own vengeance, however, the Pleasure City police shut down the operation for them.

High Level excels in making the protagonist’s journey that of the audience’s as well. Each subsequent issue deftly builds upon with the last’s subtle details in the narrative and story-world that allow for easy parallel to modern society.  This issue in particular deals with issues of child-trafficking, sexual liberation, benign fascism, and feminist solidarity within the same story without calling attention to the themes themselves. The strength of this series lies in these details, both visually and in the narrative, that work in seamless union. Equal parts cyberpunk, fantasy, and speculative fiction, High Level lives up to its name.