Forbidden West Side is the Best Side

You know what it is! Your girl Aloy is back on the block like Omar with the sawed-off to talk to these machines! When you walk through Horizoooon, better watch yo’ back! Do you remember how detailed Horizon: Zero Dawn was? With the weapon wheel and the crafting of every weapon and variation of a weapon? With the trading and the tiny hidden llama statues with the indigenous-style stories? Oh yeah, with the precision aiming to knock specific pieces off of machines and hunting in a post-dystopian landscape? Not to mention beefing all around the open world with a group of well-organized Mad Max types in cahoots with the IRL voice gawd Lance Reddick? Yeah, all that. In Forbidden West, crank all of that up a few notches. More weapons, more crafting, new species of machine animals, more sub-genres of side quests, and more sun-blown vistas! It’s all there for the open-worlding in Horizon: Forbidden West.

While much of Horizon: Forbidden West is rocking with the ‘bigger and better’ model for the sequel, that includes much more detail added to an already highly detailed game, the world is huge, even in comparison to the first game when you add in the Frozen Wilds DLC. It feels like the developers, Guerilla Games, literally took every mechanic of Zero Dawn and zoomed in on it to make it more player-involved. Crafting components into weaponry can now be skill treed to be done faster.

Maybe I’m telling on myself with my antiquated last-gen hardware, but some of the details go by the wayside in Forbidden West. Sometimes the camera gets a bit wonky, latching onto areas and keeping you from seeing during intense action. Quite a few times Aloy would fall through pieces of rocks and trees, and more than a few (dozen) times the lighting mechanics would load in late and make me think an explosive was going off somewhere. A few updates have come out since it dropped, so there might be hope for us PlayStation 4 owners to have a fully-realized experience comparable with PS5 (*cough* hoarders) owners.

One of the highlights of the game is its use of sound. Not just the kinds of sounds, the full soundscape of natural and technological working in concert and conflict. A breeze on a high cliff rustling through sparse tree limbs and the whirring of robotic parts is just one instance of the kind of symphony Forbidden West might conjure at any given moment. The slurring and stretching when the weapon wheel slows time, Aloy’s various grunts, the tech ‘screech’ that accompanies the lens flare that tells you a machine can see you. The engineering is immense on a game like this, and the intention is so clear. Definitely play this one with headphones. There are some moments where the background dialogue mixes with the main dialogue, and it can be disorienting without subtitles to help differentiate. But by the by, Forbidden West delivers.

Horizon is a world filled to the brim, and Forbidden West holds fast to the legacy of having narrative tucked into every nook and cranny of the map. Sylens is back at it again with Hades, but add an interstellar wrinkle and the fact that Sylens has a few Aloy-types in his employ. Put that in the mix with a plague called The Blight and you have the general story. To be fair, it’s a great setup for expanding this universe. But to keep it really real, it’s too much story. You can tell there’s too much story when every NPC interaction has more than two minutes of narration. Great for immersion, bad for attention span. The voice work in Horizon: Forbidden West is wonderful, not groundbreaking save for the variation of voices. There are so many different kinds of voices, a genuine practice of diversity still rare in triple-A games.

Y’all. The game is gorgeous. Rich and vast, lush and textured. The Focus overlay is more detailed and also more streamlined and capable. It took me a long while to realize the pulse function allows players to see exactly what is and isn’t climbable terrain. But once I knew, I was hitting that pulse every few minutes for all the information possible. You can take in more sights by adjusting the HUD to be as limited or omnipresent as you are comfortable with, which allows for deeper immersion into Forbidden West. The use of color, sound, and texture to separate the two worlds, the natural and the technological, is done with great detail. Let the award nominations come. You know they’re coming.

Take Zelda: Breath of the Wild and make it post-apocalyptic and you get Horizon: Forbidden West. Not a jab and not in jest, but all of the mechanics for crafting and cooking and shooting and fighting are so similar they might as well be skin-swapped. What sets the two apart is the deep and foreshadowing storytelling. The graphics and mechanics are pushed to the limit, and the level of detail is really mindboggling. All in all, Forbidden West does what needed to be done. Not just bigger, but a more overall intentional game that delivers on expanding the mythos and the world-at-large. If you rock with the first one, don’t wait any longer, you’ll definitely love this second outing.

Enjoying the Horizon series? Find BNP’s other reviews of the series here. 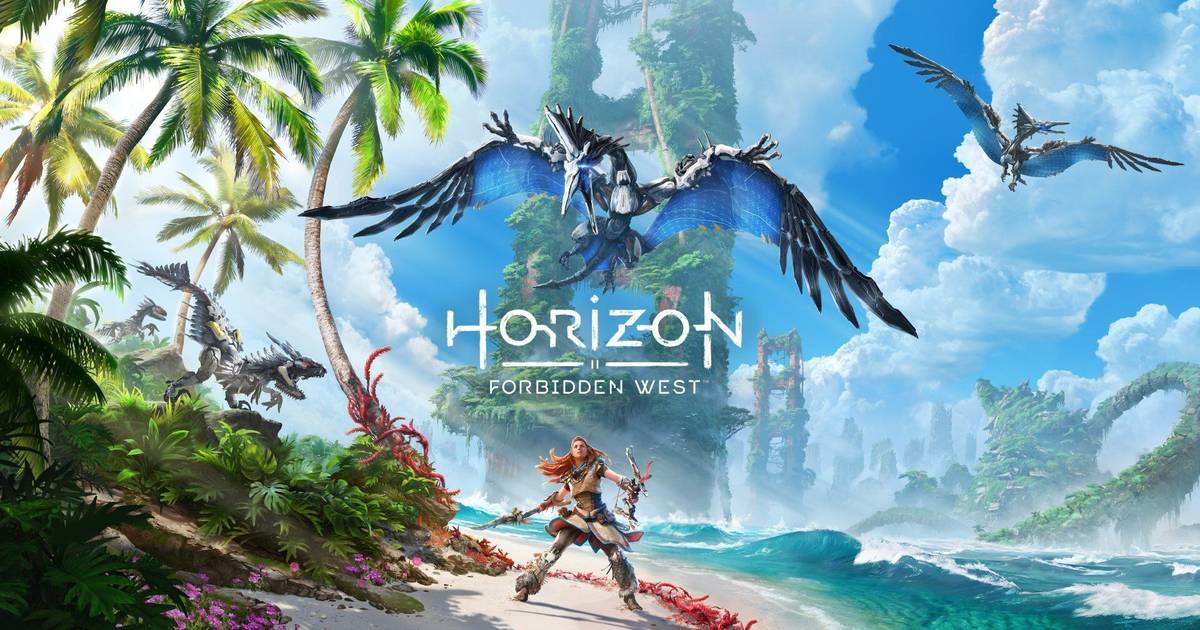