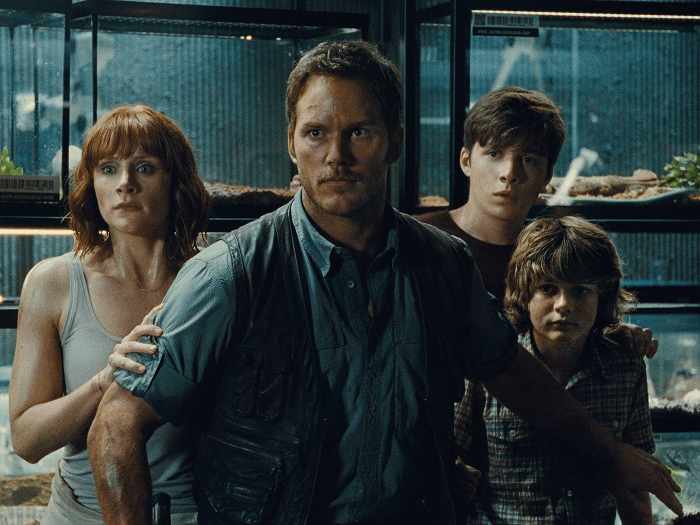 Just know that if you paid to see Jurassic World in the theater, I’m not judging you. Well, not too harshly. I did rent this jawn on Vudu and watched it once I had absolutely nothing else to do on a Friday night. I didn’t put on pants, go out among people that probably included some Trump supporters and sit in theater where the seats might get cleaned once…at the end of the night. But still, no harsh judgment. Now, if you walked up out of that theater thinking you saw one of the best movies action movies of the year, I’ve got some questions.

The original Jurassic Park debuted in 1993 based upon the Michael Crichton novel that was published three years previous to that. The movie was great then and over a decade later, it still holds up. While rife with 90s-style comedic dialogue, the discovery, and the (movie) science involved made it feel authentic and lived in. The decals on the jeeps, the computer-generated displays, and the sense of scale were all incredibly well done. This all in addition to the conclusion: man can’t control everything and/or kill everything as the survivors are forced to leave the island for good. Well, except not, considering this is the fourth Jurassic Park movie. We keep going back, yo. Both for the theater and with this gotdamn plot. 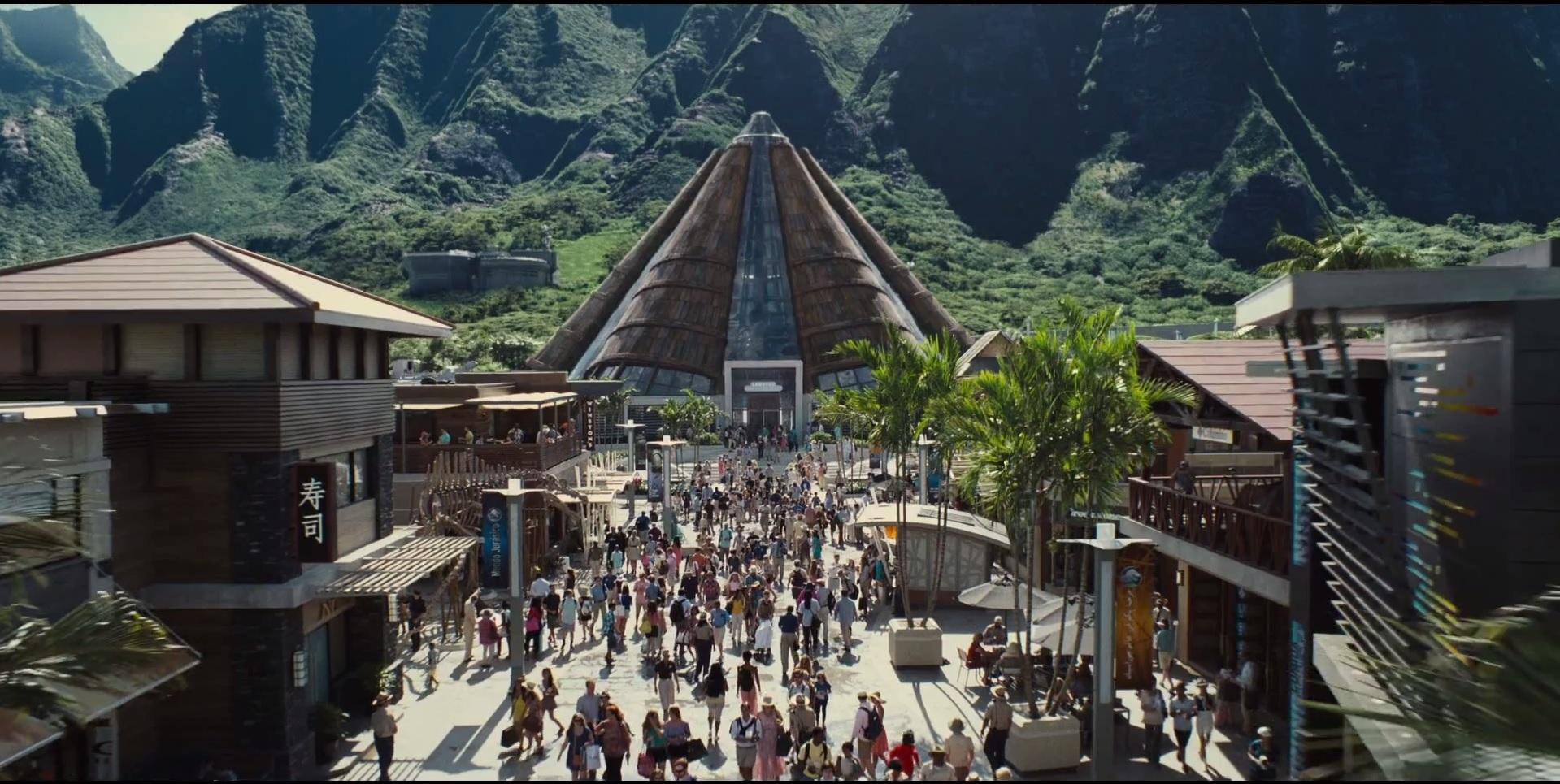 To be fair, is Jurassic World worse than Lost World or Jurassic Park 3? No, but how high is that bar as there are parts of those movies that are some what unwatchable? What Jurassic World is however, is unimaginative, even for a movie about dinosaurs. The newest thing about Jurassic World is the arrival of Hollywood’s newest bankable franchise man in Chris Pratt. Pratt largely does what he’s supposed to do in a movie like this, which is not get in the way of the dinosaurs. Everything else, and I mean, damn near everything in Jurassic World that works to any effect has been done before. But better. And when it was original.

[quote_simple]Imagine if in 1996, three years after the Jurassic Park was released (but a year before Lost World), I came to you and told you the following: Look, this is going to be a franchise, people. And eventually, we’ll get a movie with the plot of someone running a park where dinosaurs are featured. Two of their relatives, one a teenager with little interest in the park, the younger one who is obsessed and knows everything about dinosaurs will at some point get lost in the park. At that point, that person will turn the protagonist of the film and say “please bring my grandchildren / nephews / 2nd cousin on my mother’s side back.” At some point during the film, raptors will become loose and begin hunting humans. In the background of all this, a cynical and practical character will question the science and playing God to create dinosaurs, especially the way the DNA has been manipulated and how that has led to unforeseen problems in controlling the dinosaurs. Someone at some point will say, “these aren’t just things, these are animals” to someone who knows that they are animals and still doesn’t care. The third act will culminate with raptors attacking a much larger and more fearsome dinosaur, creating a diversion and allowing the people to escape. And oh yeah, at some point, someone is going to wave a big red flare in front of a T-Rex to get the T-Rex to chase them. How’s that sound?[/quote_simple]

At which point you turn to me and say, “hey asshole, we just watched that movie.” I couldn’t agree more. There’s a difference between playing homage to something and going screen for screen in the visuals and ideas. Like, the first time we heard the T-800 say the immortal words “Come with me if you want to live” to Sarah Connor in T-2: Judgment Day was awesome because of not only the callback, but the irony and flipped dynamic. The corny hallmark of them saying it in every Terminator film now, spoken by lesser characters and in ham-fisted scenarios? Not so much.

While that was largely my beef with Jurassic World, some other typical movie tropes and just dumb shit specific to this movie gave me buyer’s remorse as well. Why are the only people of color a see-no-evil billionaire with no idea what’s going on at his park, a scientist with no moral center (played by Da Gawd B.D. Wong, but still in a “Smart Asian Guy #1 role”), and a compassionate groundskeeper / dinosaur whisperer that relates to the raptors on a spiritual level on some “Boy the land speaks to” shit (but probably not in English because that’s his second language)? Four movies into this franchise, we really can’t graduate higher than Samuel L. Jackson’s “hold on to your butts?” Are White folks the only ones that survive the after a raptor figures out how to open a door? I dunno, maybe it’s a credit to People of Color that they never star in these films. Perhaps the casting directors are trying to tell us we wouldn’t have done no dumb shit like this to begin with.

But, I can’t forget the moment. Yes, THE moment. When the completely invented, but still most terrifying Velociraptors decided that Andy from Parks and Rec was their alpha, therefore turning on the Indominus Rex (I hope this name was…intentionally bad), which is also part-raptor with individual teeth larger than your boy. I mean, yes, we’re talking about fucking dinosaurs and humans interacting, but if you want me to maintain suspension of disbelief, then you can’t have the raptors voluntarily colonizing themselves. It’s a raptor, yo. White people can’t have EVERYTHING, can they? So why? Why am I so passionately picking on one bad film out of an ocean of bad films that come out each year? Because Jurassic World did about 1.6 Billion, with a B, worldwide in the theaters and Bast knows how much in rentals and Blu-ray sales. And as a Jurassic Park fan, I thought that the enthusiasm and ridiculous attendance meant that Jurassic World had captured some old magic. Not captured some old frames of the original.