Kevin Smith — Bast bless his nerdy soul — has been tapped to write the Golden Rage of Hollywood, a soon-to-be savage tale of bloodshed in Tinseltown. Initial details are scarce; so we don’t know if this is going to be a straight up ‘#MeToo’ inspired book of revenge, or a Luke Cage-meets-Boba Fett Hero-for-Hire / Bounty Hunter type deal. Either way, watching Hit-Girl demolish the lives of the sleazy Los Angeles elite is bound to be a satisfying read.

I just finished my final #HitGirl comic book script for the 4 issue mini-series I’m doing for @mrmarkmillar! Had a blast writing it! After the @JeffLemire story set in Canada, I get to take Hit-Girl to Tinsel Town in a story I’m calling HIT-GIRL: THE GOLDEN RAGE OF HOLLYWOOD! pic.twitter.com/NuGntMJxSU

Anyone with half a brain, a sliver of morality, or scant knowledge of the current landscape of Hollywood understands that this type of story is hot right now. Sexual predators are outed everyday, B, and I can’t wait to see if Kevin Smith plans on taking the ‘ripped-from-the-headlines’ approach to this work. Sure, it’d be cool to see Mindy McCready massacre some fictional assholes. It would also be gloriously satisfying to open that first page and see Hit-Girl with the most satisfying smirk possible, having planted a katana through the eye and out the back of Harvey Weinstein’s head. Now, I’m not trying to insinuate real-world physical violence against these grade-A scumbags, but watching a tween Britney Spears with Arya Stark training beat Kevin Spacey to death with a box DVD set of House of Cards would be amazing. Hit-Girl strapping in Louis C.K. like fuckin Blanka in the Street Fighter movie to force him to watch weeks worth of uninterrupted stand-up by female comedians until his eyes start to bleed and he starves to death, would be something I’m interested in. We’ll have to wait to see. 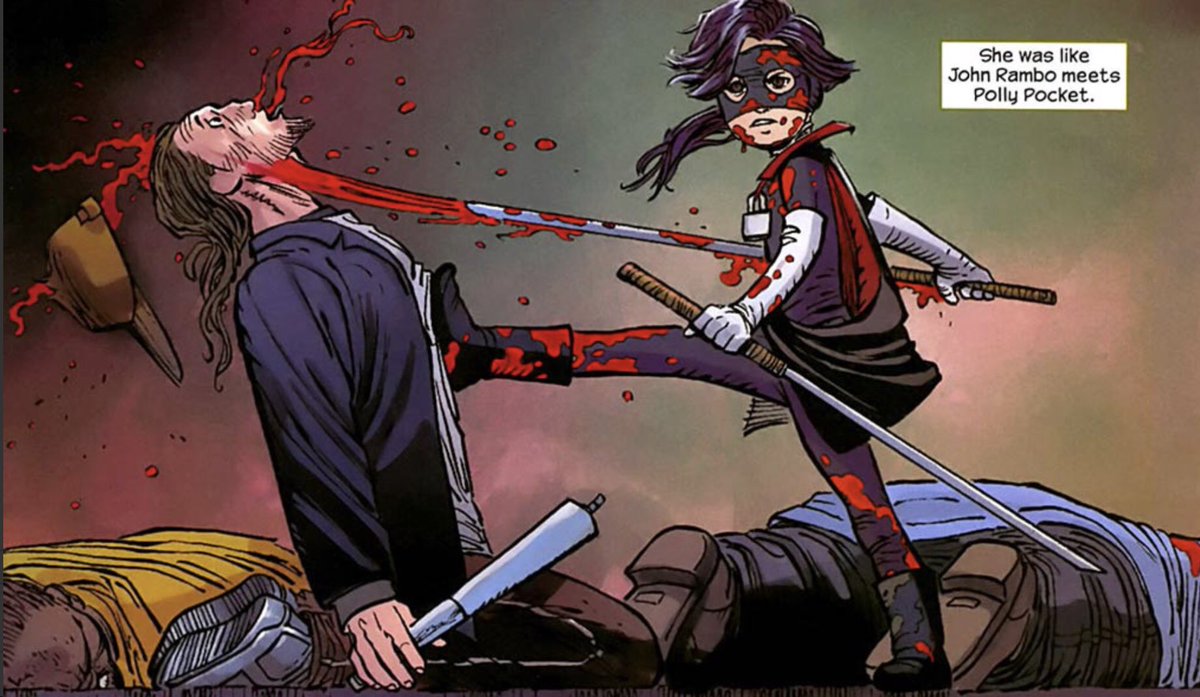 According to Kevin Smith, “First off, despite what Mark Millar said, my Hit-Girl arc is not about Hollywood predators — it’s about the making of a Hit-Girl movie,” Smith wrote. “There are no jokes about the #MeToo movement (obviously) or even references to real-world horror stories.”

So I guess we won’t get the ‘ripped-from-the-headlines’ approach that I’ve been salivating at. Luckily, Mark Millar is a pretty honest guy. If he says Hit-Girl is going to fade some shameful Hollywood assailants, I have full faith that she will be on a gore-filled tear as this story about her movie being made unfolds. Writer Kevin Smith and artist Pernille Ørum four-part Hit-Girl run kicks off with issue #13 in January 2019.