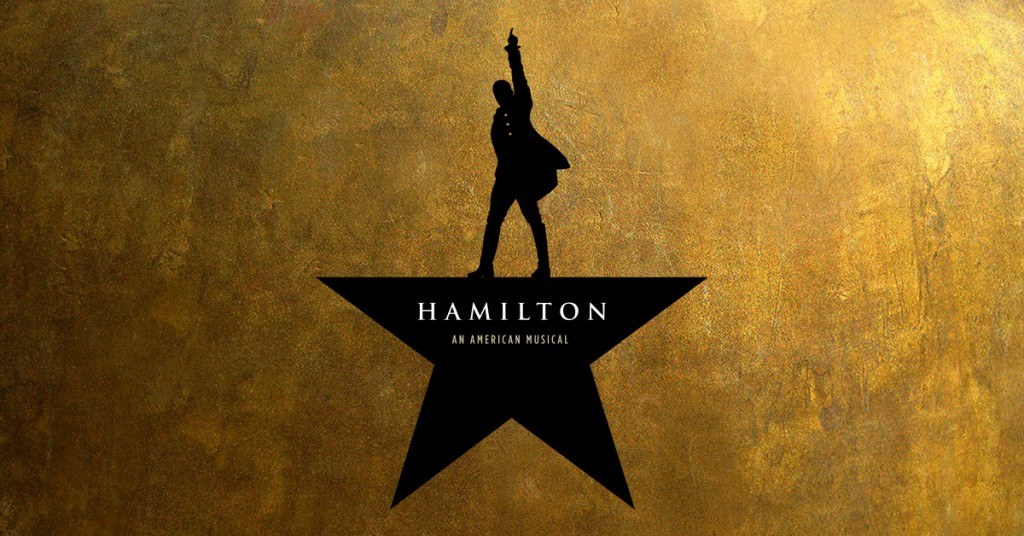 [quote_simple]There are only two ways you find yourself involved in a fandom. You either stumble upon it by chance on your own or you get sworn in / jumped in by your friends. The following events are based on a true story, none of the names have been changed. This is the tale on how I came to have the Hamilton musical tat’d across the belly (metaphorically).[/quote_simple]

I was invited over to watch the 2016 Tony Awards with two friends of mine, Cristin O’Keefe-Aptowicz and Sarah Kay. Now, I don’t know much about the Tony’s cause I’m a nerd n*** that survived in a hood n*** environment. All I knew about the Tony Awards is that it was a big deal for actors. I was warned beforehand by them that there was going to be a range of emotions on their part. I’m like cool, this is going to be some laid back shit, I’ll bring a apple parfait to show a dude knows how to be civilized and shit.

I learned two things that night. One, apple parfaits don’t need to be heated up, you can eat that shit cold. Two, the Tony Awards are like Source Awards for theater kids.

You tell me there’s going to be a range of emotions I’m thinking hope that your fave wins and sadness when they don’t. Yo, I’m watching them go in like this was NBA Finals combined with the Super Bowl but for theater and I was told from jump,”We’re only rooting for Hamilton in this living room.” I’m talking stand at attention hand claps, Sarah ripping off actor’s stats, awards, favorite foods, blood type, and other shows they’ve been on. Cristin goin’ in on directors, set developers, other show run dates. This wasn’t on some laid back shit too, they gettin’ gutta gutta rootin’ for Hamilton (and others cause they’re actually nice people). Throwing up theater gang signs while singing to the musical performances. Usually I’m only lost when people talk sports, I was completely lost here. I realized this is how people must feel when I talk about nerd shit I’m into. This was insight into a complete different subculture of theater kids, which I came to respect even more.

And as the award show came to an end… things got real. Cristin was like, “Fam, I noticed you not singing along to Hamilton tracks.” Sarah chimed in with a, “Yeah, I peeped that too. What’s good with that? WHAT’S REALLY GOOD WITH THAT?” (Neither of them actually talk like that, this is how I translate what people say in my head). “You should get really check out the Hamilton soundtrack.” to which I replied, “It sounds great but I’m not really a theater guy so… ” they both shut down my case by telling me I didn’t need to be in order to fux with Hamilton. 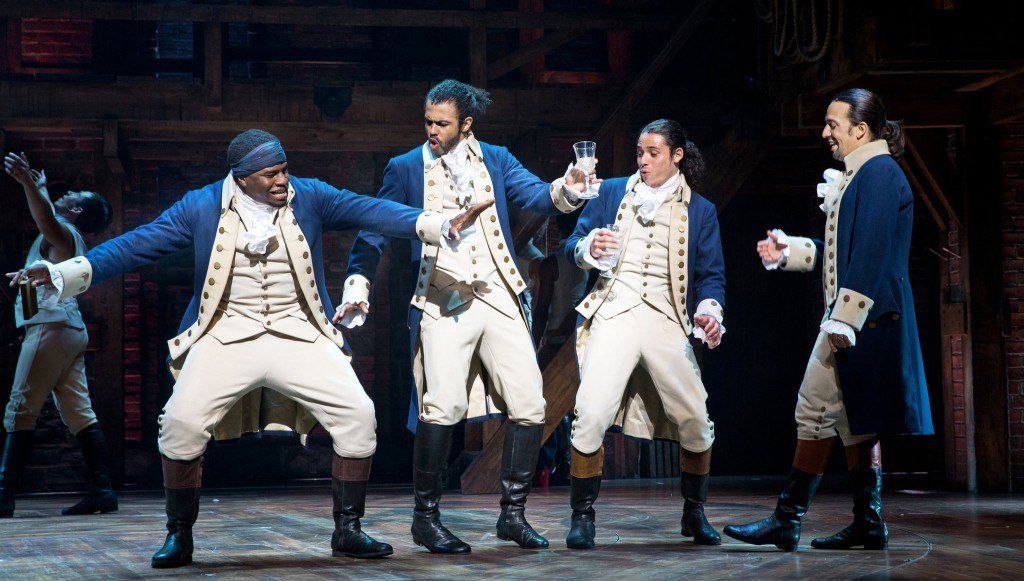 See, this is how you know the mark of true friendship, when you know a friend will enjoy this thing as well but you can’t oversell it, and you gotta Hansel and Gretel the path to the fandom with just enough of a trail of crumbs for them to want to keep picking up the pieces on their own. I found myself at work, thinking “Well if they said, I’ll like it then I gotta at least try it.” I pulled up the playlist on youtube, got about 4 to 5 tracks deep and turned that shit right the fuck off cause I then realized I was listening to a historical fan fiction, a hiphop historical fan fiction, a hip-hop historical fan fiction rooted in actual historical events?! I had to turn it off because I wanted to buy it and listen to it. There was no need to hear it the ski-mask way. I was in. The journey of Aaron Burr and Alexander Hamilton’s whole dynamic was a tale as old as Ken and Ryu, Rihanna and Beyonce, Naruto and Sasuke, Blimpie and Subway (I could literally go on forever with this but I’ll stop here). Marquis de Lafayette’s bravado, Angelica Schuyler’s sacrifice, HERCULES MULLIGAN (ain’t even gotta say nothing on’em just shout his name), and then seeing certain actors play different characters as antagonists in the second act? What? What?! HOW DEY DO DAT DERE!?

I found myself listening to the soundtrack, then found out it was all on rap genius, then went through every line for the annotation, which again, alludes to historical documents, then said, fuck it I’m here I may as well read these documents too. The Hamilton soundtrack is that rare musical album that comes out and every song is a banger (The Pharcyde’s Labcabincalifornia, 50 Cent’s Get Rich or Die Trying, ) where you can listen to it all the way through and not have to skip around. I’m a very visual person and if there’s an actual performance I wanna see that along with the audio, but in Hamilton‘s soundtrack the audio paints the visual and shit is trill. I listened to Hamilton for weeks on end, was working out running with a weighted vest listening to this shit, at work (still wearing weighted vest) listening to this shit, runnin’ through the 6 in my sleep with my woes as my weighted vest listening to this shit. The only thing that got me out of listening to this soundtrack was when Joe Budden dropped his Making a Murderer (Drake diss). That record snapped me out of Hamilton… for like a 3 days then I went right back into its fanfic matrix.

I was Omar Epps “You ain’t no cop J-Reed” level in too deep man. I was in that rabbit hole phase of the fandom. When you chasing down the lyrics, to the annotations, then to the Lin-Manuel Miranda’s tweets about the easter eggs and deleted lines from the show, fan art, and the culmination of seeing that Hamilton was at the BET Awards 2015 Cypher . I had then moved onto the “I need someone to talk about this with” phase of fandom. Sitting with folks, talking about their hopes, dreams, kids, and views to better humanity and I’m like, “yeah that’s great, who here heard the Hamilton soundtrack? No one? Alright, well no reason for me to stay here any longer. Also, Gary, this seems as good a time as any to tell you that no one likes you or problematic mustache.” I’ve also been bringing it Hamilton into daily conversations with coworkers and friends whenever someone says,
Person: This stays between us.
Me: No one else was in the room where it happens.
Person: What?
Me: What?

Then finally finding other people to talk about it with, shout out to Lynne Procope and Syreeta McFaadden. Lynne hit me with the “You know you done fuck up now right?” excited enthusiasm as she asked, what’s your favorite song (at that time Wait for it, now I’m married to Satisfied), favorite lines, (“I was near the same spot my son, died is that whyyyyyy” + Madison’s “Hiiiiighliiights” in Reynold’s Pamphlet), and of course favorite character (Angelica “The smartest person in the room” Schuyler), Syreeta was even talkin’ bout following the rap genius lyrics as annotations and even going so far as to make an account to correct an annotation. Then getting into how the play simulates taking place upon turntables (the one’s and two’s? Whaaaaat?!) I was talking to Jordan about Hamilton, and found out he was already on it, then I felt pure betrayal. You knew about Hamilton for all this time and didn’t tell me? The deception! Why didn’t you put me on that work (work [workworkwork]) man?

The final portion of the fandom was going back to Cristin and Sarah to say, “You were right.” Then taking the baton to bestow upon others the gift that is Hamilton, as they did to me. More than anything that I gained from getting jumped into the Hamilton fandom is the respect for theater kids. Theater is its own culture as well as a subculture of nerdom. It was cool to be a guest in that section of the nerd community that I don’t usually frequent and to be able to get this experience of art out of it.