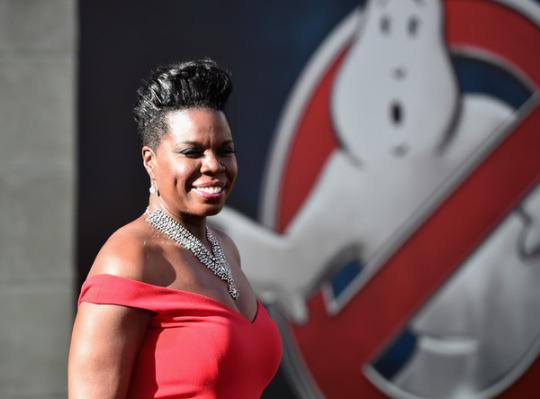 In case you missed it, last week the worst of Internet whiteness attacked Leslie Jones, one of the stars of the summer blockbuster Ghostbusters and the best American Olympic fan to ever fan in Rio. This isn’t the first time she’s had some horrible sh*t thrown against her in the digital space. Twitter trolls came for her at the opening of the movie, driving her from the platform for a while. Now they’ve hacked her website.

There’s a lot going on in this story — how masculine whiteness works, the silence of her white Ghostbusters co-actors — but most significantly, this is a story about how Black women aren’t allowed to succeed without receiving a constant reminder that we aren’t equal and we aren’t free. Now none of us here have a million-dollar movie deal or have taken selfies with Simone Biles, but we all have experienced this pain.

So what are we going to do with this?

We’re going to do what we do for each other: we’re going to shout out our support and share our stories. We’ve all been “too much” for our spaces. Too Big. Too Black. Too Loud. Too Funny. Too Old. Too Fem. Too Butch. Too Everything. And we are all Leslie Jones.

As a Black woman, I exist in a specific space. I am a usurper, impostor, threat, communal property. I’m a stepping stool, a workhorse, cannon fodder on the front lines of the fight against oppression. Quiet, I’m complacent. Outspoken, I’m a beast. Desired sexually, despised intellectually, disregarded emotionally, and put in my place for having the audacity to rail against all three.

If I’m pretty, I owe anyone who notices my undivided attention and utter devotion because they deign to acknowledge my lucky draw in the genetic lottery. If they don’t want to fuck me, and it’s always the violence and degradation of a fuck, then I must remain invisible because what use am I if not an outlet for their sexual desires.

The brutalization of Leslie Jones, of every Black woman who claims her space in this world happens because we are still considered subhuman. It’s a cancer so deep in the bones of society that only something drastic and violent will remove it.

And I’m ready to rip that lie to shreds and seize what is mine.

I was 12 the first time someone called me a monkey. It was my friend’s parents, they didn’t know I would hear. It isn’t anything new, is it? But old insults are still weapons and old weapons still wound. It is a violence stretching as far back as the privilege that propagates it, but an old violence is still a violence.

Mahogany L Browne says: “My God! Is this the fight? To be black & beautiful & breathing.” And it is, isn’t it. I don’t want to say they mad because of all this magic, but… why they so mad though? All. The. Time. Like, there is enough light to go around if you just get off your butt and work at yours instead of attacking someone else’s. If it isn’t Leslie, it’s Michelle, it’s Serena, it’s Caster, it’s Sara Baartman, it’s my mother, it’s my sisters, it’s me. I am Leslie Jones. I was her at my friend’s house at 12, I was her at the restaurant when the waiter said we were too loud and making the other customers uncomfortable, I was her just yesterday looking so sharp I could cut you off the strength of my impeccable cat eye alone. I am her & she is each of us. Safe until she brilliant, safe until she shining, safe until she masterful & magic, safe until they look her way & remember she Black & Woman & still breathing. And honestly, some days the fight is exhausting and I don’t have anything clever to say about that, but I will tell you what is true: We got you Sis, we got each other, always. We stay our most glorious Black selves and we aren’t ever turning any of this shine down. Not for nobody.

My God! Is this the fight? To be black and beautiful and breathing. — Mahogany L. Browne 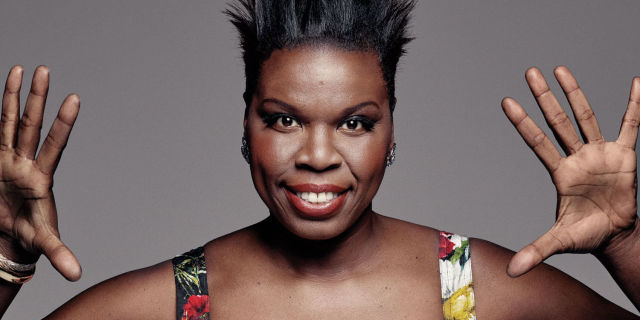 What achievement level needs to be unlocked before being a Black woman is synonymous with being a target? Does it begin at birth or when it’s realized that we have a voice?

What I know is that I’ve always been too much for someone. When I was younger I was too fat. I’m still too fat according to some. I went through all of elementary and middle school being too quiet. I was told to talk more, to socialize, to make friends. When I did that, I became too smart and too loud. I was told that I didn’t need to have all of the answers, that people don’t like smartasses. I was told to take care of myself, but not to be so independent that some man wouldn’t want me. I was also told to be me and to be proud of who I am.

I watched Leslie Jones be viciously attacked on social media for being everything that she is. She is tall and Black and woman. She is loud and funny and intelligent. She is so many of the things that I am and have always been. She is so many of the things that I will always be. Brash. Unapologetic. I am Leslie Jones. I am a Black woman who has been dehumanized for not fitting into the hetero-normative corners like a good lady should. I am Leslie Jones. I am too Black to go unnoticed and too proud to apologize for it. I am Leslie Jones. I clothe myself in triumph because privilege isn’t one size fits all. I’ve broken barriers with bare knuckles and cried in the privacy of my home while tending to my wounds. I have made others uncomfortable with just my presence. I am a woman who will always be too much or not enough for some, but always more than enough for those who see and love me for who I am. I am Leslie Jones.

I firmly believe in Black women having each other’s backs. Why? “Sometimes we are all that we’ve got” is what Marissa Rei told me on Twitter when I acknowledged her creation of the #LoveforLeslieJ hashtag. I remember the first attack on Leslie — Bast, it is this bad that this isn’t the first time. This has happened again — I was disheartened you know? I couldn’t log into Twitter, I had to stay off for self-care and self-preservation. But there were others, other Black women like Marissa who decided to fight back and send Leslie some love and encouragement and I thank y’all for that.

But are we surprised? Surprised at the vicious attacks on yet another woman who shares our features? On another woman who navigates society as Black which is a synonym for a threat, a joke, and a base to copy/paste from? Are we surprised by the lack of response by Leslie’s white Ghostbusters co-stars (#WhiteFeminism)? Are we surprised by the white male “comic book writer/artist” types that just swan dive into the mentions of the Black women that do defend Leslie? Nah. But don’t get it twisted, just because we ain’t surprised doesn’t justify their actions or even lessen the blow.

At the end of the day, I am reminded of Marissa’s words: “Sometimes we are all that we’ve got.” Since the second wave of the harassment of Leslie has hit, I’ve seen an even greater outpouring of love in the form of tweets, fanart, Facebook postings, Instagram comments, and so much more, from all over, from men, women, non-binary people, from folks of all ethnic and cultural backgrounds, from literally everywhere. Which means more people get it, which means more and more people are acknowledging the systematic toil that Black women like Leslie face and are voicing their concerns about it publicly with disgust.

This all sounds fantastic in the sense that while I hate that we have to do this — that the people who have been targeting her exist in the first place and that Twitter still doesn’t have an effective strategy in place to combat harassment (FIX THAT TWITTER. I’M TIRED OF WOMEN BEING RUN OFF TWITTER)– it is still true that she has people in her corner. I have to put it on the table, y’all: Black women were the first on the scene to do something social-media-wise for Leslie. We are our own biggest stans. We are our own biggest fans. And while there is still so much out there in the world that seeks to divide and turn us against each other, we are, have been, and must always be in each other’s corner.

Leslie will always be too Black, too loud, too big, too much of something and everything for some people. That’s fine. For all the fellow Black women reading this, you too, have always been too much of the above or too Queer, too Butch, too Old, Too Young, Too Talented, Too Ambitious or Too Much for someone who found that you didn’t fit in their narrow box of what they wanted you to be and that’s fine too. Sometimes we are all that we’ve got. That’s the rallying cry for Leslie, for Gabby, for Malia, for me and you and all the Black Women who need us.

Sometimes…
we are all that we’ve got. — Marissa Rei 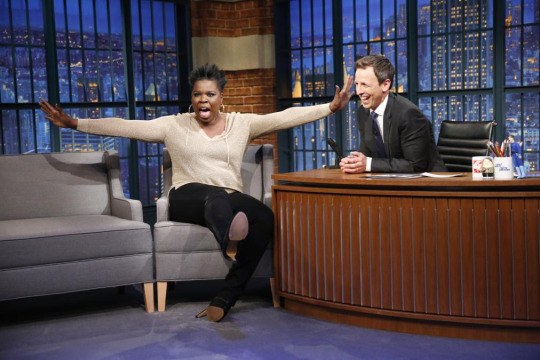