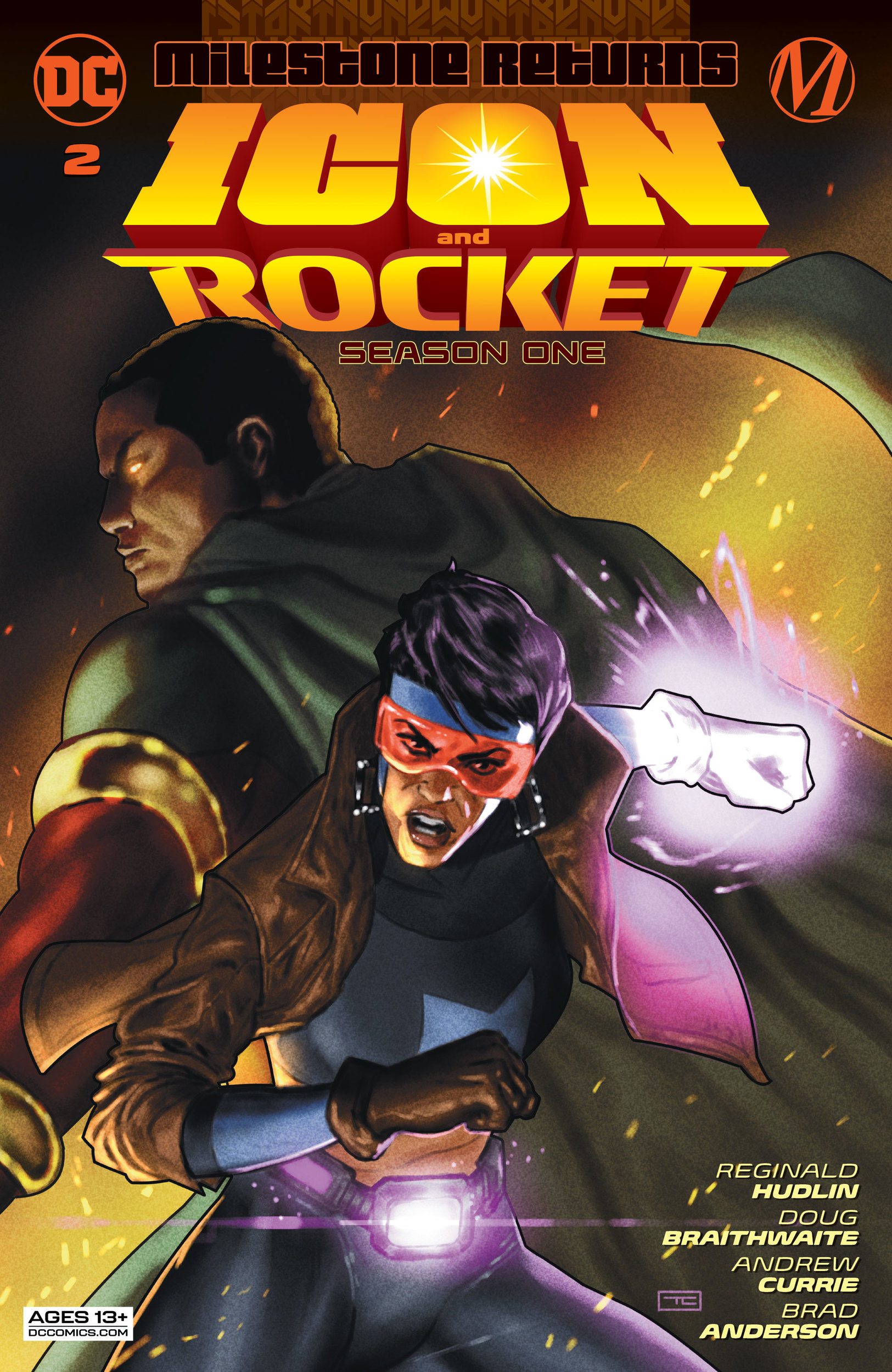 In Icon & Rocket #2, we see the dynamic duo go through a montage of crime fighting as they clean up their neighborhood and inspire their community.

Icon & Rocket Season One: #2 takes place two weeks before the Big Bang, which is important to note. Superheroes existed in Dakota before the influx of people with powers. It may only be a few weeks, but it’s something to acknowledge because Icon & Rocket’s existence will undoubtedly inspire some from the Big Bang and cause others to rise up in opposition once they have the power to do so.

But that’s just something I noticed. When it comes to writing, nothing is an accident, so it’s important that we know this was before the Big Bang, we just don’t know why yet.

Community was a large part of this issue. As I mentioned before, Icon & Rocket went out into the streets and cleaned them up on their own. But because of their presence, the media and the law enforcement want to know who they are. And even if they support them, they can’t condone vigilantism.

My favorite part of this issue was during that scene, when being asked about Icon & Rocket, the community collectively acted like they didn’t know what anyone was talking about. “Man with a cape? Never seen that before.” “Teenage girl who can fly? Nah, I think I’d remember that.”

It’s a simple few panels, but it effectively conveys some of the best of the Black community, how we will band together to protect ourselves from the systems that have failed us for so long, whether we sense mal intent or not.

The rest of the issue dealt with Icon’s past again, detailing how he grew up as a slave and eventually regained his memories and knowledge about his being an alien from another planet. We also got a glimpse into what a super powered Black man could have done during slavery. It was basically like the Catcher Freeman episode of The Boondocks. The one where Catcher freed the slaves, of course.

We were also introduced to someone from Icon’s past with antagonistic tendencies. They definitely set something up for their eventual clash. It’s someone who knows who Icon is, from years generations passed. That’s all I’m telling you, though. You gotta read it yourself for the big reveals.

10 Headless Slave Masters out of 10