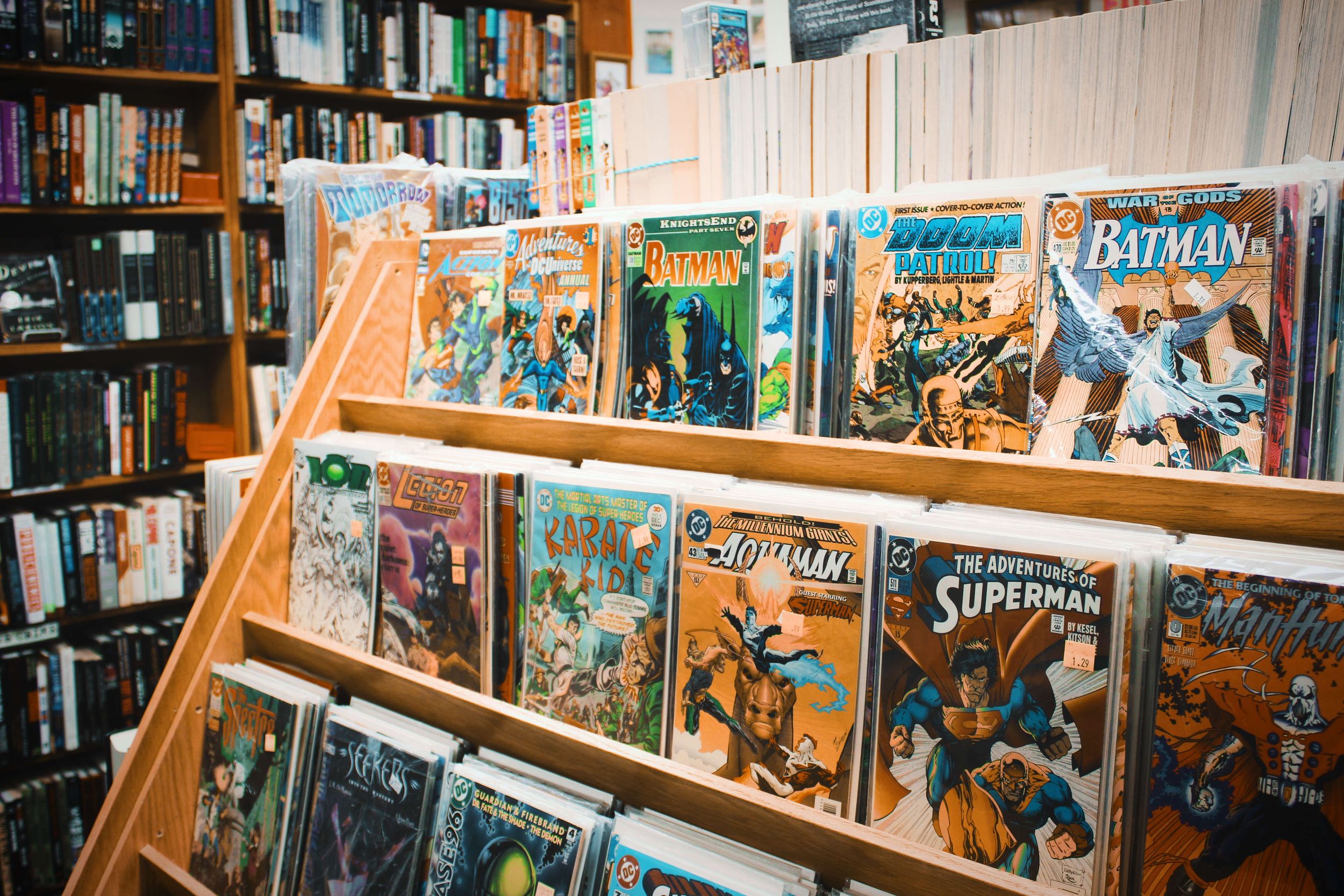 I’m pretty sure my father was the comic geek in his family. A couple of weeks ago my father dug into his closet to show me the comics he has had since he was a teenager. My father, now in his mid-fifties, has a small collection of 40+ year old comics in the back of his closet. I never knew about them till I turned 20, but to be honest it shouldn’t have been surprising to me. I have distinct memories of when I was seven years old. He would cup his fingers over his eyes and splay his palms downward against his cheeks then walk behind me in a scruffy voice and make terrible Batman impressions. (He still does this to me, in public might I say).

Sometimes I would like to believe that our likes and interests pass down like genetic material to our offspring.

I often look back and judge myself. It seemed obvious that I should have been the ultimate daughter of a blerd. A blerd junior with a Captain America plush toy, and an Iron Man mask, refusing to be held back by the idea of gender roles. I had to unlearn those ideologies little by little, recognizing that my blerd-ness is my form of individuality. I was always into Pokémon and loved video games but, due to my father hiding his comic stash from me, I often judged what being a nerd meant. Society often instilled this belief of a “checklist” I was supposed to have achieved to be considered a true nerd.

I came across my first comic when I was sixteen. I was at an organization I pushed myself to attend due to my writing talents I was trying to hone before my twenties. It was a non-profit geared towards teenagers with interests in poetry, spoken word, and hip hop. At the time, it felt like the place I’d be least likely run into a comic book.

I dug into the box filled to the brim with comics from the 1980s and 90s. I searched for a Batman comic specifically because of the same memory I had of my dad chasing me around the house. It made the most sense, I already played a couple of Batman video games, so I understood that this would be a dark trip. (The perfect muse to fuel diet my emo poetry phase). From there, I understood why the universe made me wait so long to come across comic books. I looked at comics much differently. Searching for metaphors within the panels and illustrations, I latched onto metaphors and concepts that maybe people thought were a “reach” and made me look like one of those English teachers that read too much into things. But that was the most beautiful part about comics to me.

Every comic I ever loved is a testament to a poem I never finished.

It felt natural because there were various forms of artistry displayed on the pages. I was a poet that connected love and blasphemy; then took small intricate objects and broke it down to talk about things that in no way related to one another. Comics felt like the visual representation that was going on in my head. So now as I read comics, I see metaphors flying across the page. I started to use my background of television and film to infer what will happen to the characters. It made me more aware of space value, color schemes, and how these aspects attribute to how we perceive things.

Slowly, I started seeing how the way fight scenes between heroes and villains would showcase their honor or lack thereof. I wanted my writing to be just as expansive as the worlds I was jumping into. But in a weird way even as I was enjoying something I finally had access to, it almost felt like there was something gatekeeping my enjoyment. Of course, society instilled gender roles, and the visions of women superheroes got better, but there was still so much to strip away.

That’s when I started writing poems dedicated to being a nerd in spite of my lack of comic book knowledge. I needed to reassure myself of that.

I can have love for comic book characters and not follow them to the depths of the planet. I don’t need to name every year a significant character was released in order for me to be considered a fan. Different pieces of art affect us differently. I accept that because of the art that I was exposed to before I came across comics, I will perceive them differently than those people who were exposed to comic books earlier than I was.

It didn’t make sense to gatekeep people from identifying centered around our enjoyment. I saw my love for quips and comedy in Deadpool. Observed how passion and loyalty can often be a vehicle towards ruin and redemption in Harley Quinn and how the dedication and determination of Spider-Man can also be utilized as a weapon. We often learn life lessons from comic books, sometimes before we experience them in reality. I appreciated this across literature because growing up I feared making mistakes. I wanted to see people make them before me, and I got to see those ideas reflected in these characters I’ve slowly grown to admire.

Even after I started enjoying comics as a medium, they didn’t feel as home to me as movies, television shows, and video games. Comic books feel more like stepping into an art museum (with a different kind of snobby elitism unlike the ones around displayed stolen artifacts). From seeing my father’s joy while pulling out a 1980s Silver Surfer, to getting a new addition for my mini Deadpool fan shrine in my bedroom, I’ve seen how we’ve both been affected by our exposure to the characters we love. Surely, I hope to chase around my future child the supermarket in a superhero costume in their 20s, much like my father did.

All in the name of love and blerdery.