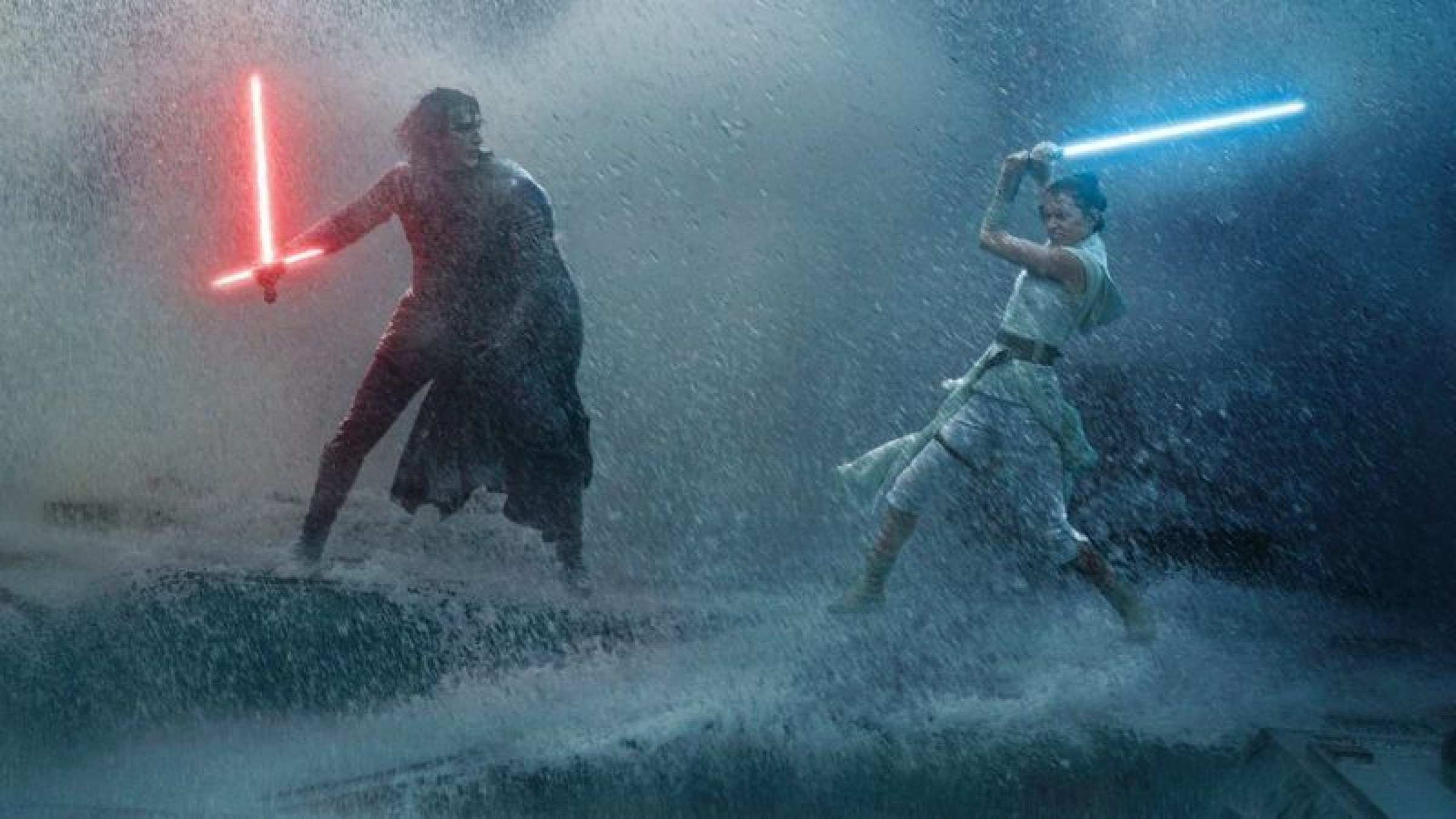 I wasn’t the biggest fan of The Rise of Skywalker, but despite that, it didn’t “ruin” Star Wars for me. And I hope it didn’t for you, either. Oddly enough, it stoked the fire of my love of the franchise and brought it to new heights. It empowered me to seek out the things that originally made me fall in love with a galaxy far, far away. The more I think about it, the more I’m optimistic about the future of the franchise.

That’s in part due to the dedication to have one singular timeline actively growing across multiple mediums.

For instance, since November, I have been in absolute heaven. Or maybe just a cantina in Cloud City.  The Mandalorian, Jedi: Fallen Order and it’s tie-in comic, and all of the shows now readily available on Disney+ have dominated my life. These entities, all within their own territory in the timeline, work to flesh out the grand narrative of the galaxy. And I can’t get enough of it. The shortcomings of one movie start to shrink when you’ve got so many other stories to tap in to.

Some History For You, Young Padawan

If you didn’t know, Disney acquired Lucasfilm back in 2012. If that’s news to you, then congratulations on waking up from your coma. You’ve missed quite a bit. Anyways, Disney bought Lucasfilm for an insane amount of Imperial Credits. They then reshuffled all of the previous supplemental material (video games, comics, novels) and put them off to the side in a continuity that they call “Legends”. Everything in the Legends continuity ranges from a continuation of the original trilogy, the Old Republic Era, and loads stories that take place far in the future. Those stories are still accessible, but they are no longer canon. Hence, Legends.

All the previous movies and the Clone Wars animated series were the only things that were considered the “main” timeline at this point. Most new things that came out after 2012, across every medium conceivable, would be in a newly established canon. A Bantha Fodder’s worth of material has come out since then that really strengthens the integrity of this new continuity. Some of it has even pulled from the pre-established Legends universe. Grand Admiral Thrawn, who was created for Timothy Zahn’s trilogy of books that followed Return of the Jedi, is now revived. He resides in the Star Wars Rebels series as one of the main villains. And he’s even got some new novels and a comic book published by Marvel. So the Legends stories are still pretty important if you ask me. Especially when characters and stories get pulled up to the main canon like a ballplayer from the minor leagues.

While Disney has done a pretty good job with Star Wars as a whole, the movies are a different thing altogether. There are moments I love, and some I don’t. That’s to be expected. But I think the hardest thing for them was making this final trilogy. It’s obviously what everyone wanted. But you can’t make everyone happy. The biggest problem with The Rise of Skywalker, or this whole trilogy, to be honest, is that Disney was handcuffed by the burden of finishing the story. There were awesome moments and some that felt unearned.

A complaint about how it all ends, for me, is that it makes the galaxy feel really small. Everyone who matters is related and the same things keep happening.

But now that the trilogy is over, and the franchise is taking a moment to breathe, I think it presents an opportunity to switch gears. No longer beholden to the Skywalker Saga, Disney can really do whatever they want with this galaxy. They can take us anywhere and show us anything.

Plug All The Holes

What better way than to work on fleshing out some of the corners of the universe that need some TLC? Star Wars is about plugging holes. The first movie starts in the middle of the story. And that’s by design. That’s why the film has a recap before it drops you in the action. The idea is that you can jump in whenever, and still understand what’s going on. It’s obviously a little bit more nuanced than that. But that’s the idea. In 2020, with eleven movies, four television shows, and countless books and comics, Star Wars is still about plugging holes. Everything new always attempts to fit in place like a puzzle piece, answering old questions and asking new ones. And even if it stands alone, it ultimately lays some type of groundwork that enriches the greater continuity.

Take Star Wars Rebels for example. It’s an animated series that takes place between Episodes III & IV when the Empire was at its peak. At the beginning of the series, we follow a rebel cell on the planet of Lothal, and by the end, which leads up to the events of Rogue One, the group we’ve grown to love is widely responsible for the unification of the Rebel Alliance. But along the way, we’re introduced to Jedi who survived the purge and the force-sensitive Inquisitors who hunt them. They really didn’t have to give us any of that, but they did, and the lore is stronger because of it.

The same thing applies to the first live-action Star Wars show The Mandalorian. Its storytelling is a lot more distant to what we’re used to in this universe, but its connective tissue is just as strong. In its own unique way, The Mandalorian picks up where shows like The Clone Wars and Rebels left off, and strengthens Mandalorian lore and where things stand for the creed of warriors after the fall of the Empire. It’s a show that I think perfectly embodies what Star Wars could be from this point forward. The story in itself is not wholly original. But it does the necessary work to make itself feel unique within the Star Wars universe.

There’s still so much for this galaxy to offer us after the end of the Skywalker Saga. Maybe you didn’t like a movie. That’s okay. Try one of the shows. Disappointed by them? Pick up some of the comics. Pick up one of the newer books. The market is saturated with content from Star Wars. Yeah, it’s ultimately to make money. But the more there is of something, the more care that goes into making it, and the more perspectives there are to help shape it in their own way. It’s 2020. We hay not have flying cars or androids, but one thing I can say for certain is that when it comes to Star Wars, there’s literally something for everyone. So don’t let an experience with one movie change your perspective with the whole franchise. You’re doing yourself a disservice. Search your feelings. You know it to be true.