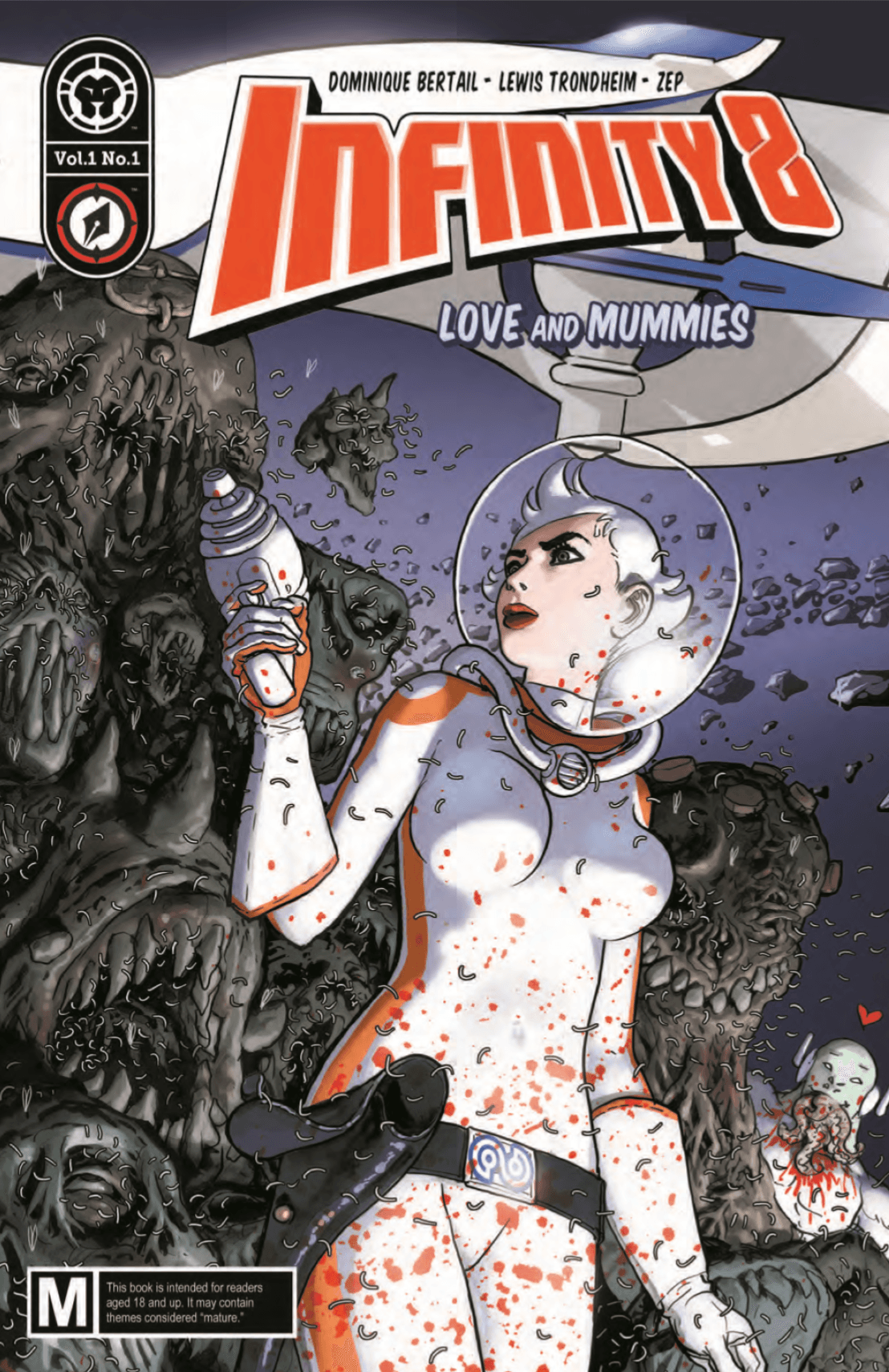 The opening pages of Infinity 8 #1 are immediately reminiscent of other pulp sci-fi stories. The bright color palette and oddball character designs are both unlike anything you’ve ever seen before and instantly familiar. It’s easy to flip through the book and think of The Fifth Element, Babylon 5, and even more recently Valerian and the City of a Thousand Planets. But Infinity 8 is even more cavalier with its approach of the “thousands of aliens races coexisting in a relatively small space” premise and then promptly distinguishes itself with its greater mythology arc.

Agent Yoko Keren is our tough-as-nails agent, with a dry sense of a humor and a clever play on the typically male badass rogue cop. When the massive ship detects an odd anomaly on the scans, it’s up to Keren to investigate it and the various implications. Trondheim and Zep deliver on a slow burn of discovery and inter-species interactions. The dialog is snappy and gives just enough exposition to keep the reader in the know without drowning us in the text. Yet, the grand overarching nature of the interstellar means that this first issue is just barely able to lay down the roots for the rest of the story, although the final page has one hell of a hook. 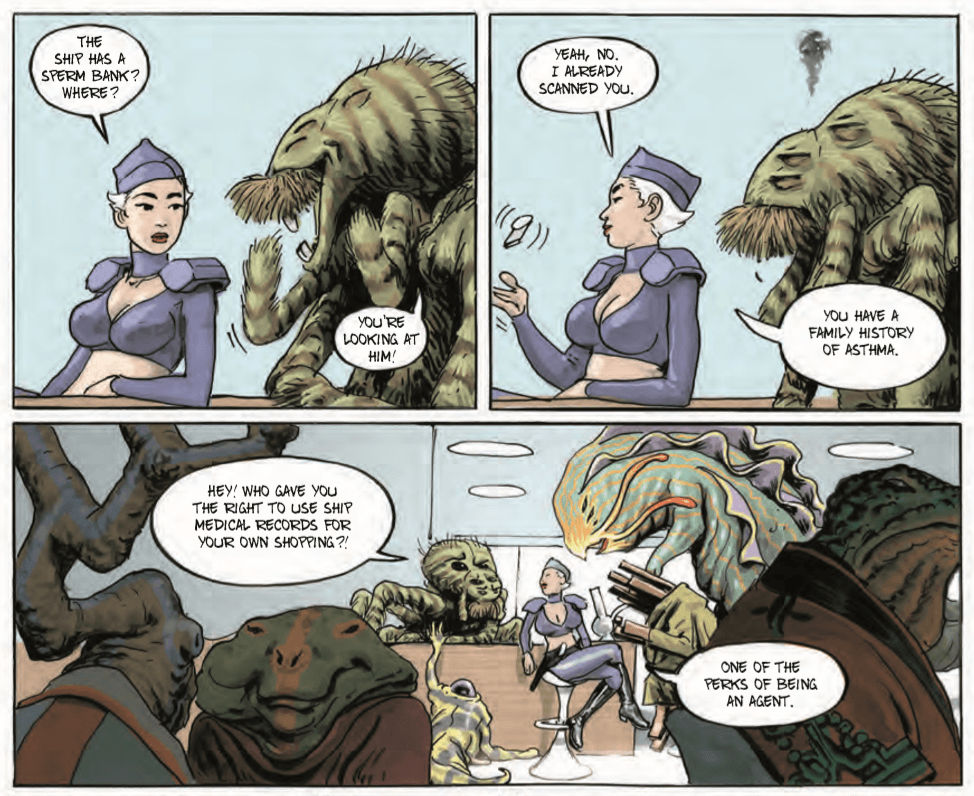 Bertail’s artwork really makes the story come to life. The alien designs are just that, alien. Even the species that are vaguely human-shaped have features that are just not-human are unsettling in the best way. For example: Sagoss, a Kornalien and Keren’s partner, is on the more the human end of the spectrum until he opens his mouth. The Captain of the ship, a Tonn Shar, has an anatomy that I am in no way qualified to described and I would love to see Trondheim and Zep’s written description of the ancient race. And the alien architecture is equally wonderfully unnerving.

Infinity 8 succeeds in the same arenas as its predecessors. There is a strong central mystery set in the backdrop of a vibrant, colorful world of aliens, and a human protagonist for the reader to latch onto. If adult themed pulp science fiction is up your alley, consider picking it up. There’s definitely a lot to love in this niche.

8 “Bizarre Alien Architecture Features” out of 10