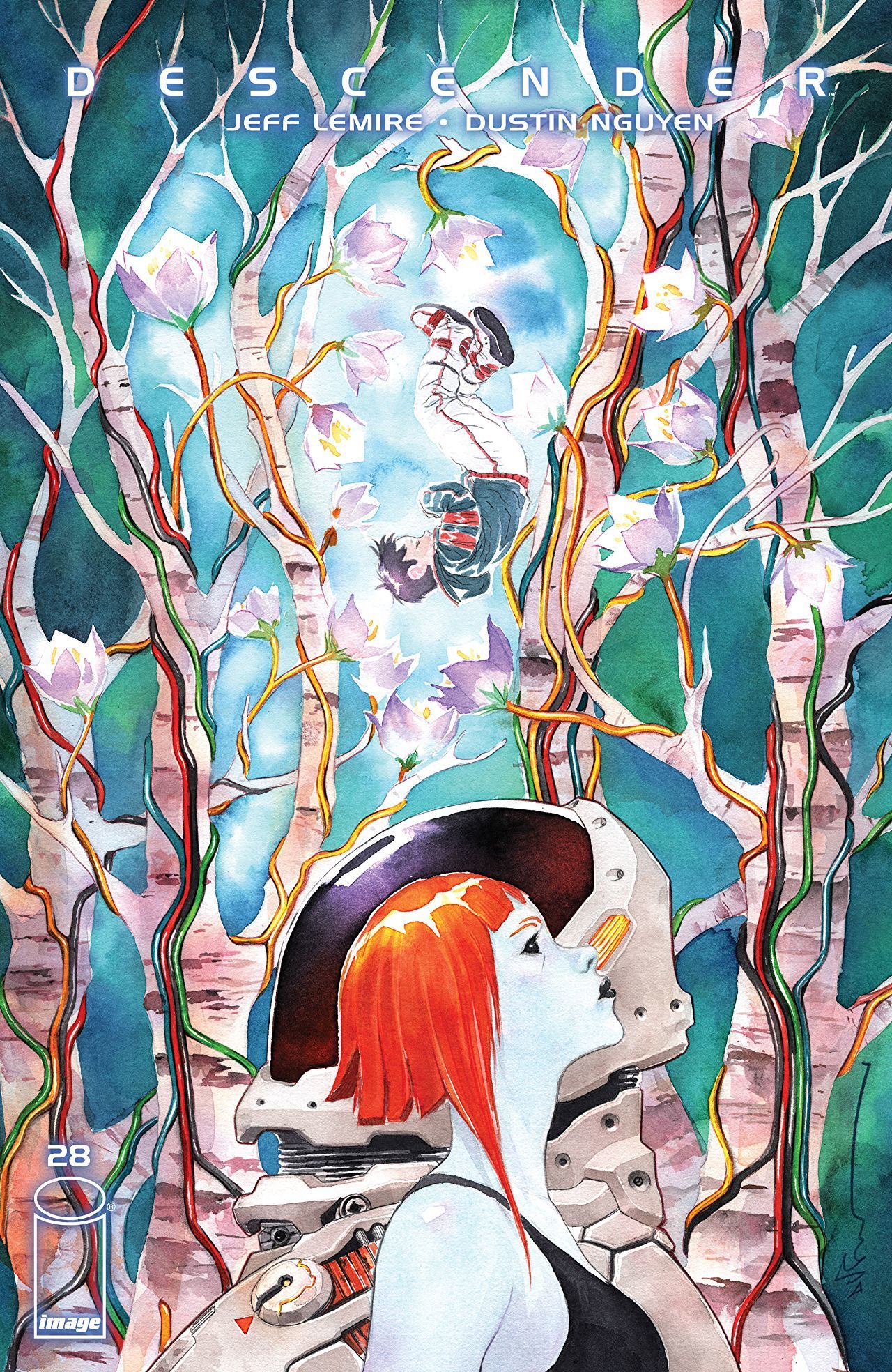 Descender is one of the most consistently great comic books I’ve read in a while. Granted, I’m behind on a lot of different series, but that shouldn’t take away from my praise. This story is as seamless and smooth as the warm butter they bring to you for your bread at the Cheesecake Factory. And I’m both jealous and in awe of how effortless it seems to create. This story doesn’t feel like it’s being written, it feels like it’s being told. Does that make sense, or does it seem faux deep? Whatever. It’s just good.

This issue wraps up the “Old Worlds” arc. It was a short arc, but some really important things were addressed that will inform the landscape of the rest of the series. One of the biggest questions that it begins to ask is: What came first, human or machine? Expect to chew on that for a while. Lemire will no doubt take his time in giving us a definitive answer if we even get one. But that’s how it should be. It’s not only good storytelling to leave your audience a short distance from the answers, but this technique also puts us in the same shoes as TIM-21. Even though he’s the main protagonist, he’s also the vessel for the audience. We learn everything from him as he learns. 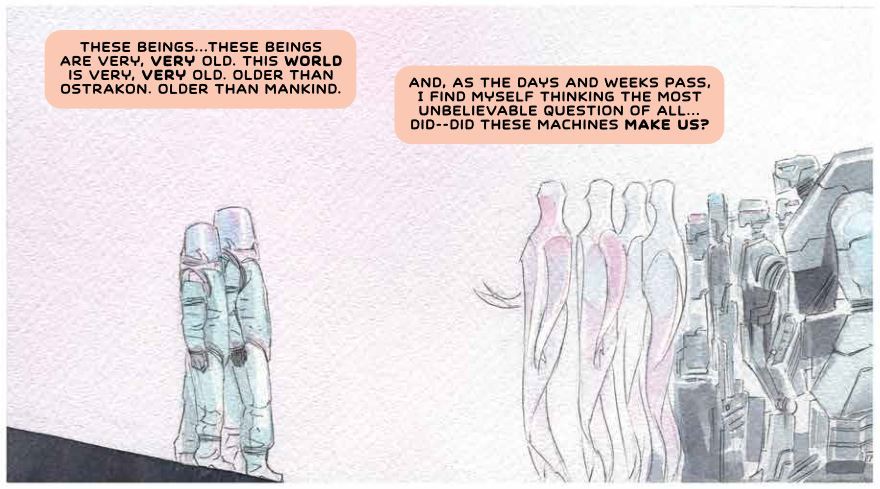 This feels like the end of the first arc of a film, where the conflict is fully realized and the characters start to figure out how they can stop it from progressing. It’s nowhere near the end, but there’s a shift in agency coming. Our little group of space pirates and cyborgs are about to have something else to fight for.

I don’t know how, but Lemire has got me caring for a character that I’ve only known for one issue. Osiris is relatable because he represents where we are as humans right now. The eagerness to explore the unknown, while simultaneously lacking the understanding that we are not the most important thing in the universe. His story is a tragic one, and maybe a warning for us. Something that I’ve started to think about over the past two issues is that in real life, we fear the possibility of aliens because we think they’d come and destroy us. But why do we think that? Because we’d probably do the same thing. We have a history of doing it to every culture on this planet. So why would we not fear that it would happen to us on a grander scale?

It’d be cool if robots just wanted to chill.

Lemire and Ngyuen yet again deliver a solid, seemingly effortless issue where almost all of our questions are answered without compromising the intrigue. In fact, I’m just as, if not more excited for whatever is coming as I would normally be.

Prot tip: If you like listening to music while you read comics, and even if you don’t, try pairing Descender to the score of Interstellar. It will enhance your experience 4000%

9.8 Icarus Level Scientists out of 10