Writer and director Brian Shackleford is dropping something straight to streaming for all of us still sheltering in place. Hidden Orchard Mysteries: The Case of the Air B & B Robbery, described as “…the new Nancy Drew with best friends,” takes us along with teenaged sleuths Gabby (Gabriella Pastore) and Lulu (Ja’ness Tate) as they try to solve the mystery of who robbed a house in their neighborhood. What follows is an interesting premise of inspecting the complex neighborhood dynamics of an upper-middle-class suburb bogged down by stereotypes, shaky performances, and sometimes weak dialogue. We’re left whipping between enjoyment and puzzled squinting as complex conversations are interspersed with cringey one-liners, two white cop love interests, and an inconsistent (at best) Spanish accent. 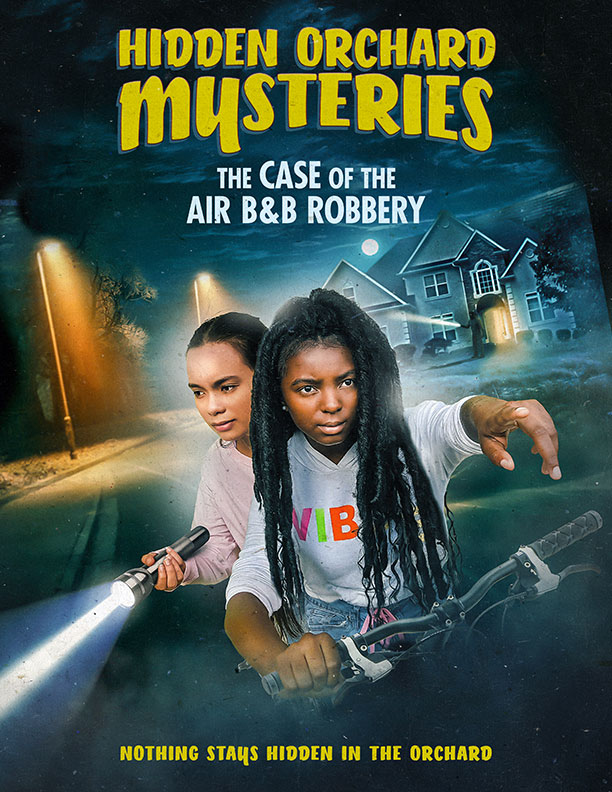 The film’s stars, Pastore and Tate, shine. Their friendship is touching and familiar and, while some lines may sound odd, Gabby and Lulu always feel real. They care about, challenge, and support each other in ways that warm your heart. You want to watch these two young geniuses figure out just what is going down in Hidden Orchard. And Lulu’s hair is always on point, 1000% of the time. Iconic.

Close behind them are Tyrique (Carlos Coleman) and Tanisha (Catarah Hampshire) Watson, owners of the local cupcake shop Southern Girl Desserts and adult co-conspirators to our heroines. Coleman and Hampshire have true chemistry and the gift for comedy. They light up the screen with every appearance. Bless them. Truly. 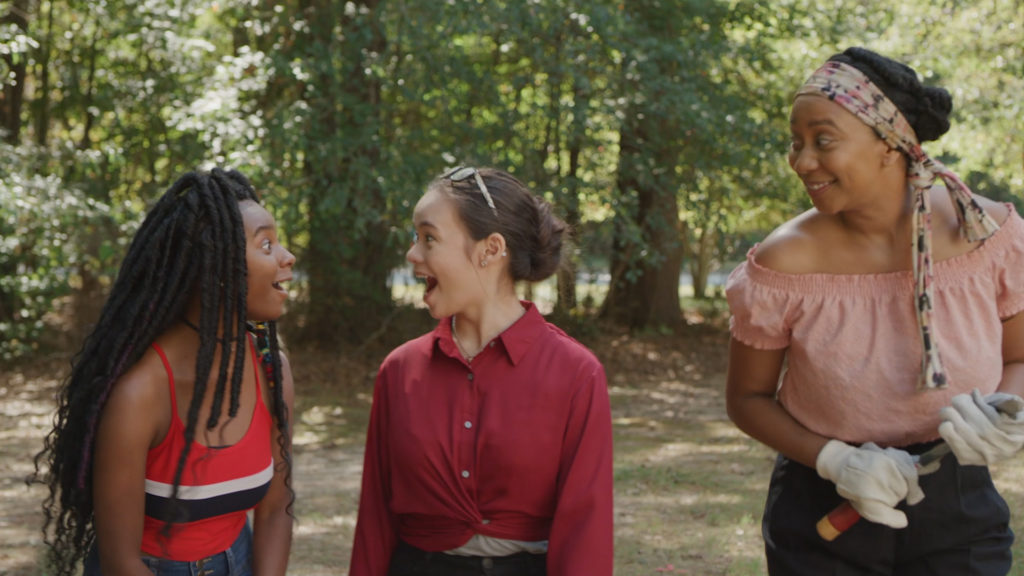 This crime in the cul-du-sac invokes neighborhood dynamics, the conflict of residential “hotels,” and race-based prejudices in a tidy, surface way that names the issues but never deals with them. And while that may work for a film geared towards younger audiences, Hidden Orchard’s adult themes and language rule out tuning in with your littlest viewers. And, through a truly awkward fault of timing, it may prove difficult to watch the courting of not one, but two white police officers. 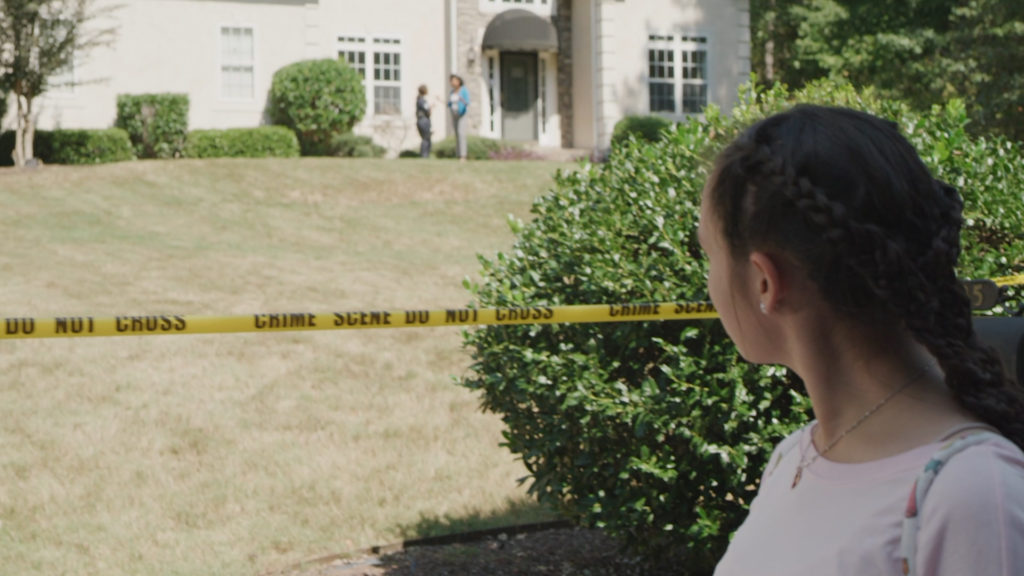 Neighborhood gardener, Mr. Sanchez (Orlando Cortez), delivers lines with a jarring Spanish accent that, for one scene, slips inexplicably into something that almost sounds Jamaican. There’s also a truly bizarre moment of editing and effects work where we watch a man, coded as gay and femme, bite into a cupcake but it’s filmed like a sex scene. 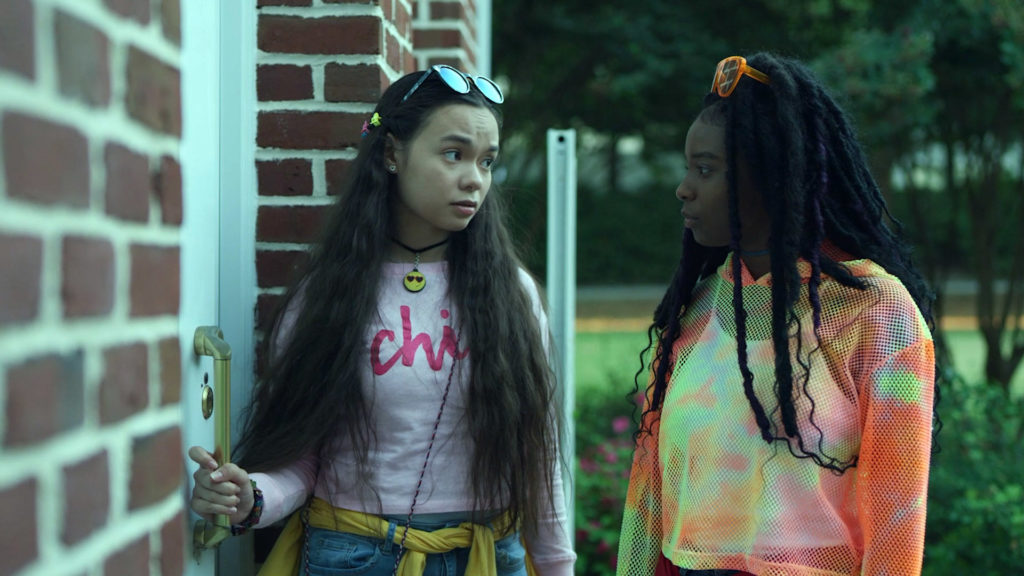 Overall, Hidden Orchard Mysteries: The Case of the Air B & B Robbery is a movie that is not without enjoyment. While not kid-friendly, teens and adults looking for something to spend their Tuesday afternoon watching could do worse.

Hidden Orchard Mysteries: The Case of the Air B & B Robbery will be available starting June 16, 2020, on digital on for an SRP of $4.99 – $9.99 from platforms including iTunes, Vudu, Google Play, Xbox, Amazon, and FandangoNow, as well as cable affiliates everywhere. The DVD will be available later in the summer on July 14th online at all major retailers.