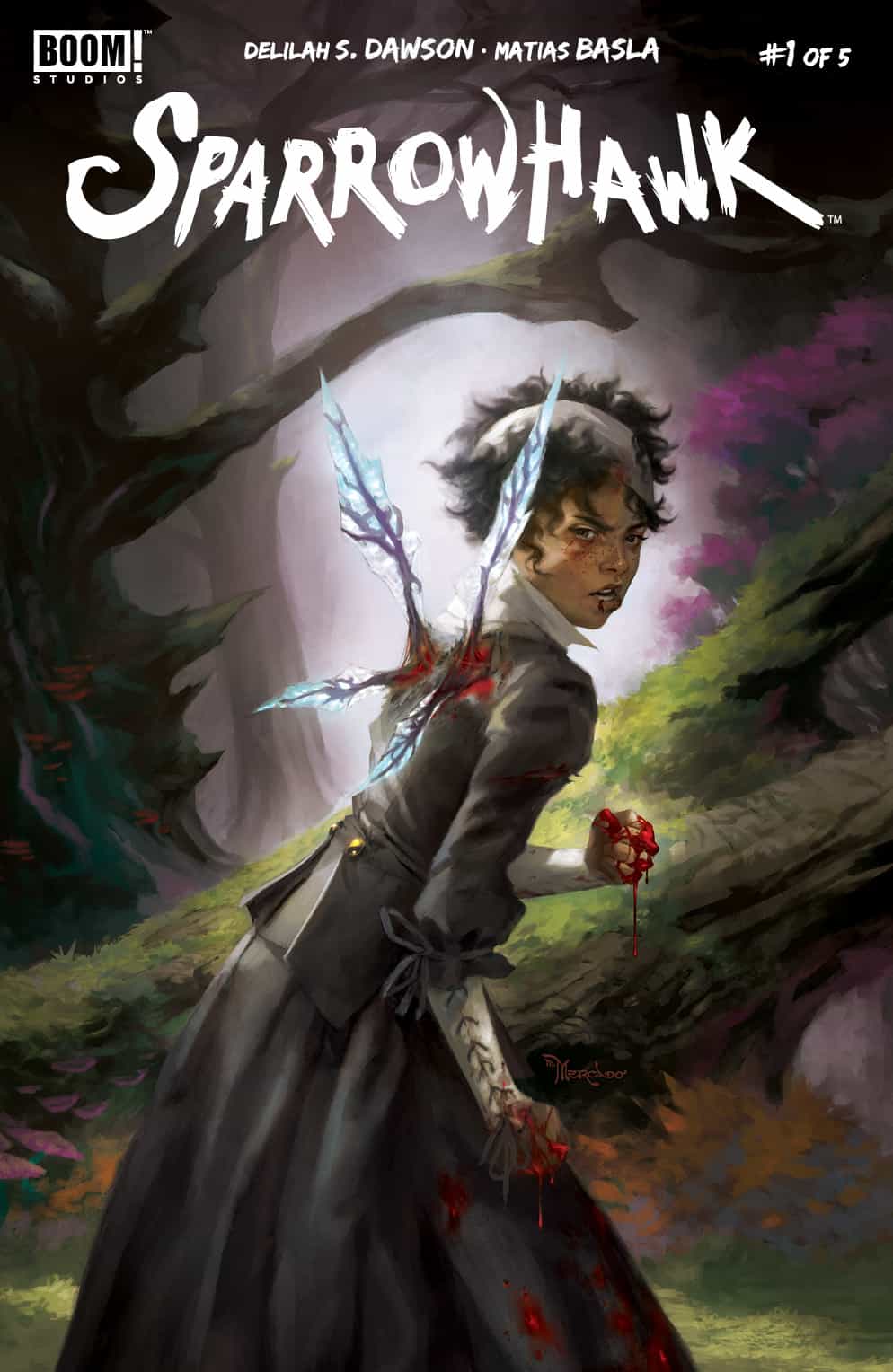 Allow me to set the stage. I’m sitting in my studio, and I want to work on my Magic: The Gathering commander deck. My girlfriend insists I read the comic they just finished the other day. We find a compromise; I read the comic. My annoyed grumbles quickly fade as I’m immersed in the world painted by Delilah S. Dawson in Sparrowhawk. Exciting enough the first time, rereading it for this editorial held a greater weight in the wake of the murders and resulting protests. 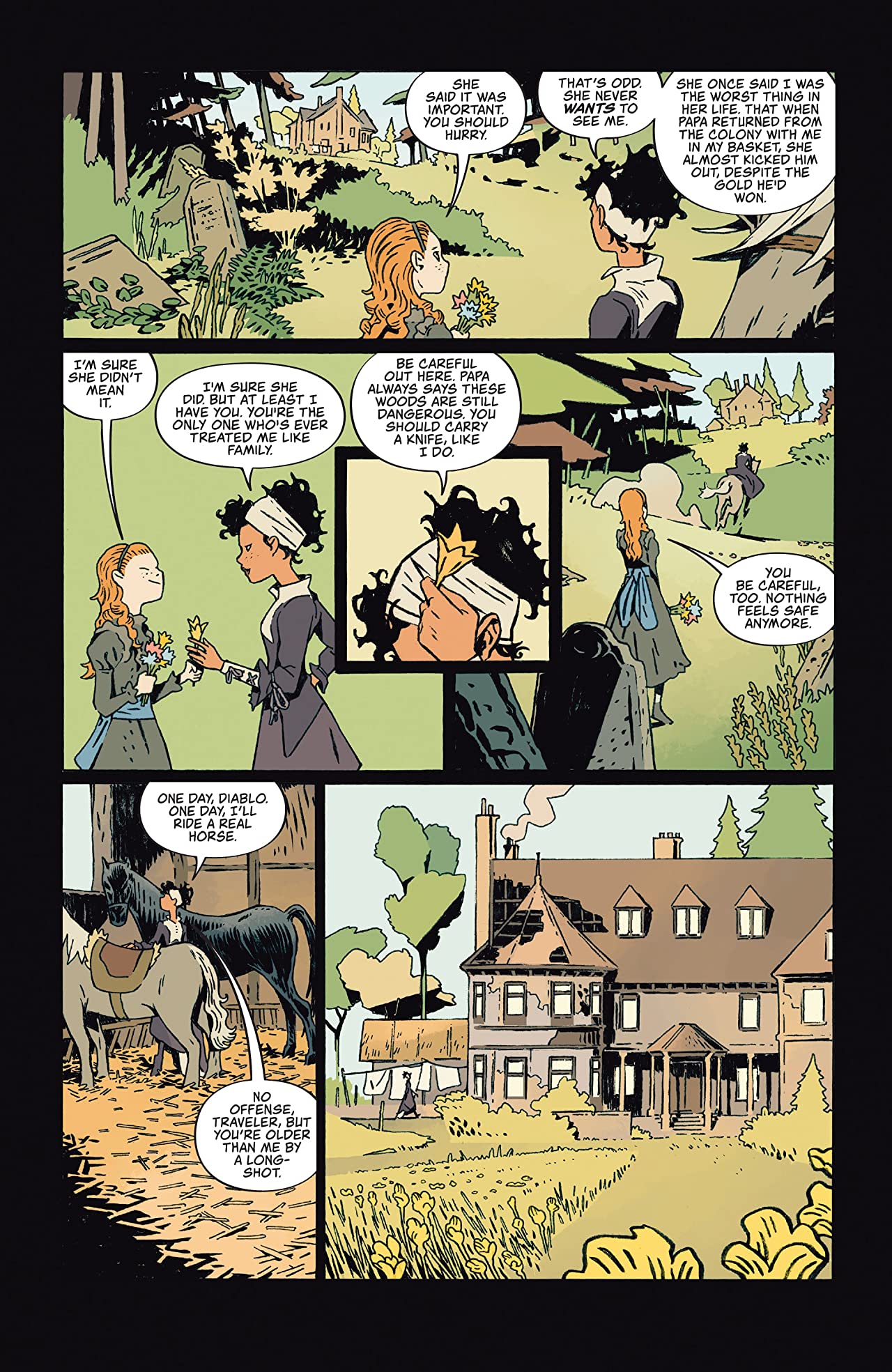 The setting and characters force hard thoughts about the actual racist history of England and America but also weaves in a cathartic symbolism only possible in fiction.

The five-issue miniseries takes place in 19th century England where we meet Artemisia. Born in the United States by her enslaved mother and English father, she lives with her father’s white family. In classic fairy tale fashion, she has an evil stepmother and served as her late stepsister’s hand maid. Artemisia finds herself pulled into a dangerous fantasy world full of magical creatures. Consider this my glowing, spoiler-free recommendation. I’m going to go into the themes that drew my mind in and will necessarily discuss some of the plot points.
The first of a frequently occurring scene is introduced with Artemisia approaching her younger sister, Caroline, who is placing flowers at the grave of their sister Elizabeth. Caroline informs Artemisia that their mother wants to see her and soon we get a look at the interaction. While Caroline lovingly puts a flower in Artemisia’s hair, Lady Grey tells her she should be grateful for being sheltered, fed and clothed by her own family. I am not mixed so I don’t have white family, but I felt a version of this tension recently. My heart has been moved by the number of white allies on my Facebook. Then I had my own Lady Grey denying institutional racism and telling me I should be grateful for America and its Constitution.

Dawson shows a keen awareness of this dynamic as the scene ends with Artemisia fantasizing about the life she wants. In many ways her fantasy is heartbreaking. “Just wanted a place where I wasn’t hated. Where maybe I was loved for what I am”. It’s tragically real that marginalized people’s utopia is simply a space to live and be accepted. Did I mention this is just 7 pages into the first comic? This is right before she’s dragged into the dangerous world of Faerie.

If the first seven pages pulse with the frustration of injustice, the rest of the series radiates with a fantasy of power and agency. When dropped into Faerie and learning she will need to physically defend herself, Artemisia takes it in stride. Already armed with a knife she keeps on her she takes down a big, bad Unseelie Fairy. The books continue with Artemisia defeating foes, growing stronger and more visibly dangerous. I’m reminded of something that resonated with me from the Mama Said Skit from the album, Jim Crow the Musical. “But the fact that there’s a whole type of people who’s scared of me makes me a little bit powerful . . . like I’m a monster.” 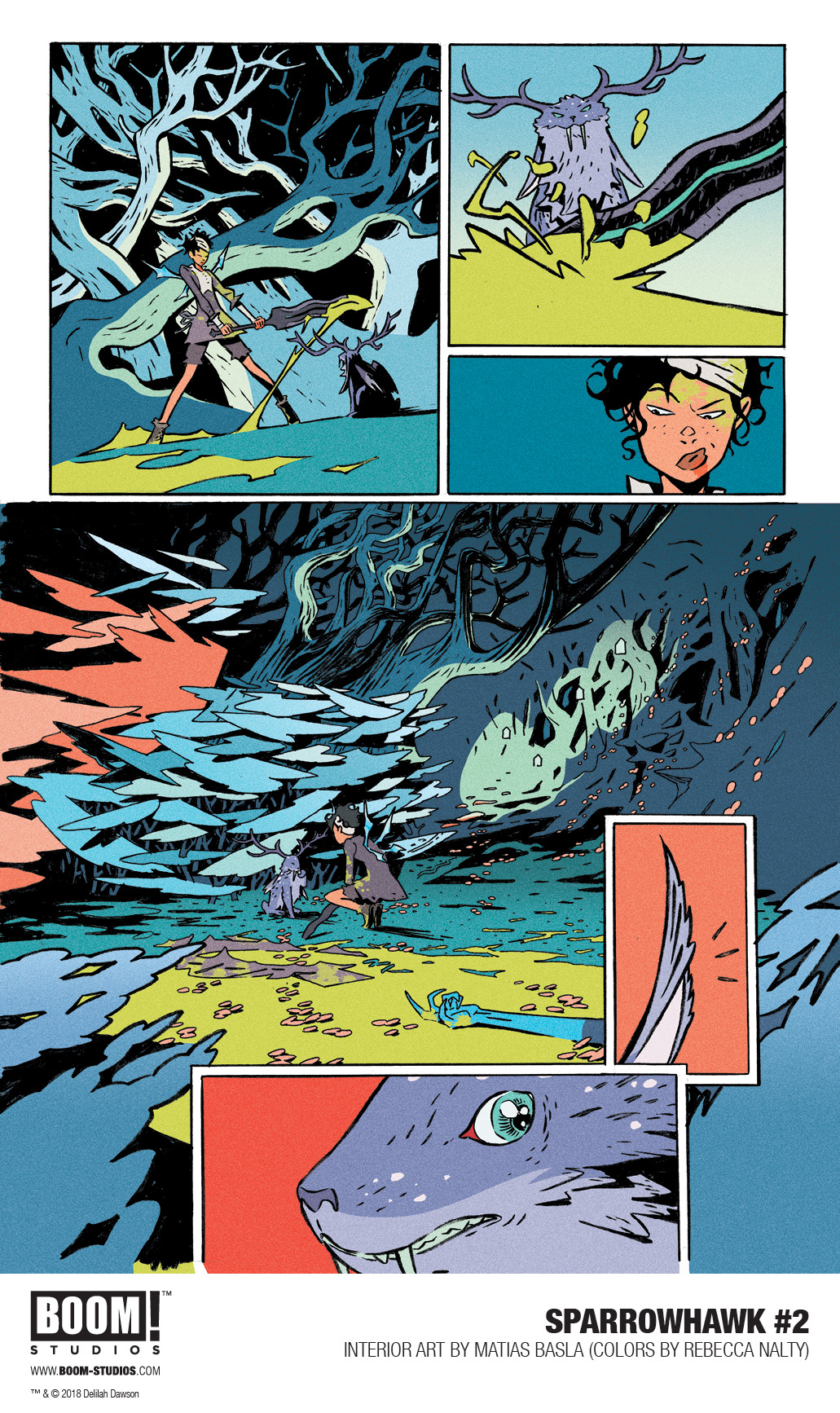 Artemisia struggles to hang on to her humanity as she kills more, but there’s a point before she goes too far where there’s a peaceful acceptance I can relate to. After being told directly in our heroine’s case, or indirectly, through a society that reinforces the idea that white skin is preferred to black skin, there is a breaking point. The black power movement rocked this when they told everyone that the features that they were raised to think were ugly were, in fact, beautiful. Artemisia’s wings get bigger and bigger but, in my mind, I can see her steadily growing her hair like Afro Samurai.

In the end, this is a tragedy in which the heroine ends up hurting people she loves after losing control of her justified anger. The Unseelie Queen that traps Artemisia in Faerie makes a point worth considering. “Why fight for this place, these people, that reject you?” I wonder that, too, sometimes. Would we have been better off if we embraced, en masse, the “Back to Africa” movement post-Civil War (The real one, not the Marvel one)? Would there be a modern day Wakanda today? A beautiful thing about this story is how it revels in moral ambiguity. We’re encouraged to empathize, criticize, and eventually condemn Artemisia’s choices. 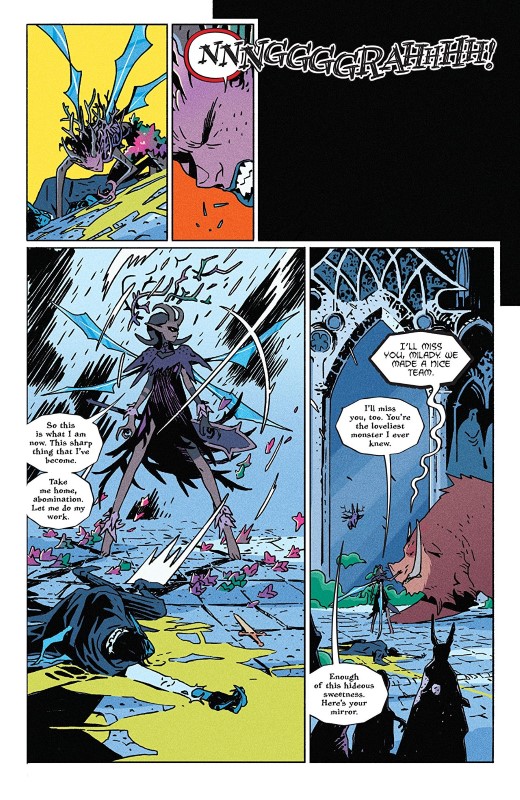 There is so much more analogy and symbolism to be had in this series that it can’t fit in this editorial. My favorite quick notables would have to be Artemisia’s name and the comic’s namesake. A consistent theme in this book is hunting. Faerie is a world where the brutal relationship between predator and prey is law. It’s no surprise that our main character is named after Athena, goddess of the hunt. That was obvious, but I was pleasantly surprised when my curiosity led me to the Wikipedia page for Sparrowhawk. Turns out the sparrowhawk females are 25% larger than the males. That’s one of the biggest sex differences in the bird kingdom. There’s a lot to enjoy about this series. Kudos to this Young Adult author for blowing me away. Ask your local comic store to order this and stay safe, brothers and sisters.