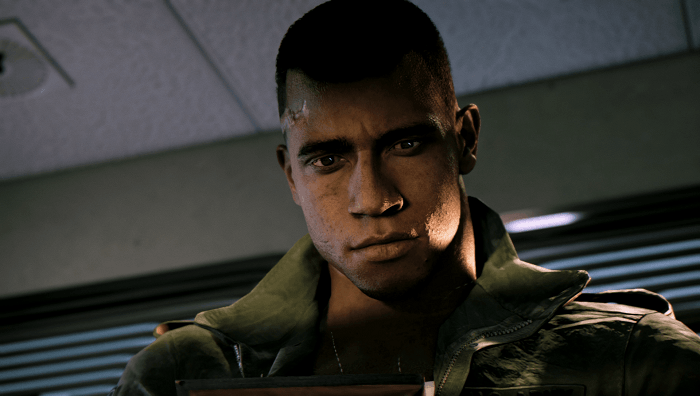 Mafia 3 isn’t your typical open world sandbox game. Unlike Grand Theft Auto, you won’t find hundreds of side activities to do in between story missions and there isn’t a cast of quirky comedic characters to fuel YouTube clips and Twitter memes. Mafia 3 lacks some of the standard mechanics found in other open world games, but what it brings to the table is an amazing narrative coupled with unique, fun and engaging gameplay that would have only been watered down by the inclusion of tropes found in other games in the open world genre.

It’s been 12 years since C.J graced covers of Grand Theft Auto : San Andreas and in that time I can count on two hands other African Americans that have been a main character in a narratively driven game, and frankly two of those games starred 50 Cent. Luckily, Lincoln Clay, Mafia 3’s main character and protagonist is a well overdue and refreshing take on an African American videogame character. 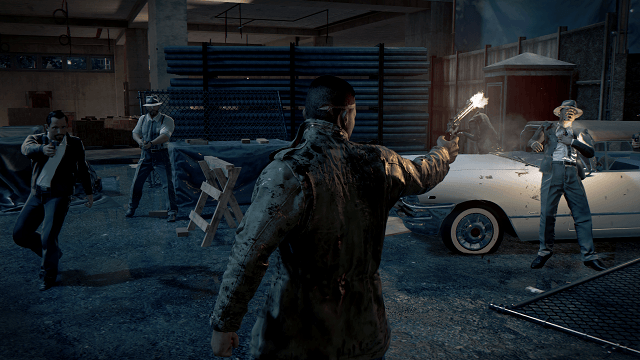 It would have been easy for the developers and writers of Mafia 3 to emulate the 1960’s Black gangster stereotype seen in films like Harlem Nights, but instead they wrote Clay as a truly 3 dimensional character and it’s part of the reason the story of Mafia 3 is so engaging and why I found it difficult to put the controller down in my over 30 hours of gameplay.

Mafia 3’s greatest asset is the perfect pacing in its storytelling. At its core Mafia 3 is a tale of revenge that advances as Clay systematically takes down the mob family that failed in killing him, but succeeded in turning his life upside down. While Clay is fighting his way through the hierarchy of the mob family, he’s also fighting a symbolic battle against racism and bigotry from antagonists and supporting characters. The game uses beautifully rendered CGI cut scenes to help tell the story across the past, present and future of the game’s narrative and adds additional detail and depth through dialogue exchanged between Clay and his underbosses during gameplay segments. 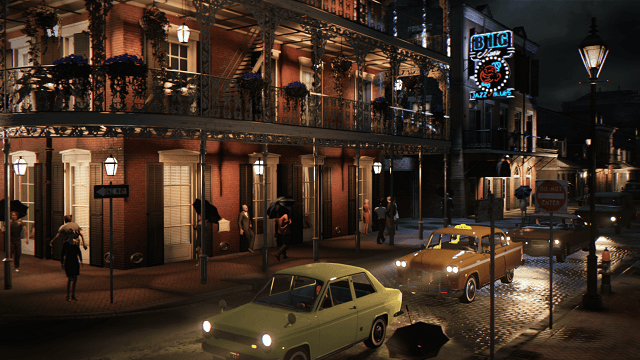 I was playing Mafia 3 in the same window of time that Gears of War 4 was released and while I put Gears down about an hour into the campaign, I couldn’t pull myself away from Mafia 3 because of how fluid the story was. Mafia 3’s story plays out like an incredible Netflix or HBO series that you want to binge through and although I had my own idea of how the story would play out I was constantly surprised by narrative turns and twists to the very end.

The gameplay and narrative are so perfectly intertwined and through that perfect balance you can understand why the developers didn’t litter the game with silly side activities. Clay isn’t just a great African American video game character; he’s one of the greatest and most realistic video game characters ever.

Many open world games have main characters that are supposed to stop a world ending catastrophe or avenge the death of a family member or friend, yet they have time to stop and do silly side mission like racing cars and visiting strip clubs like found in GTA. Those immersion breaking activities aren’t present in Mafia 3. Every side mission you complete has a legitimate story driven reason for occurring. 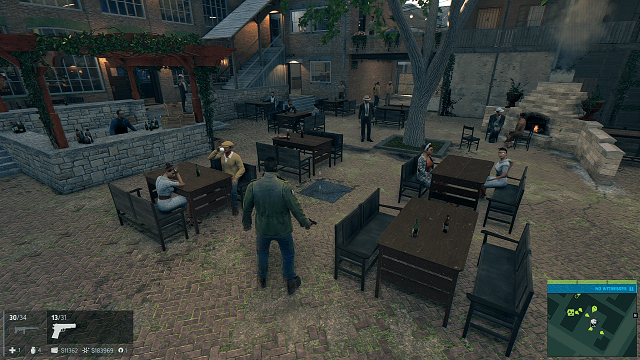 Missions often have you completing tasks that strengthen the relationships with your underbosses so that you can ultimately take out the Capos and make your way up the ladder towards an eventual confrontation with the Boss of the mob family that Clay is seeking revenge against. Missions are extremely varied and include some of the best gameplay mechanics from games like Hitman, Assassin’s Creed, and of course, Grand Theft Auto. I’d love to go into deeper detail, but even explaining some of the gameplay mechanics would spoil the story because of how ingrained the gameplay is with the narrative.

The setting of New Bordeaux, a stand in for late 1960’s New Orleans, is beautiful and is complemented by the sound design, which includes radio stations that play fantastic music from that era succeeds in immersing you in the time period.

I’ve seen complaints online about glitches and some odd low quality textures and while these did occur a few times during my play through on PC, they were not frequent. Character models are as equally polished as the vibrant environments, and from a technical perspective the game is incredibly impressive. I was surprised to find a large number of stores, gas stations, restaurants and bars scattered throughout New Bordeaux that Clay could walk into at any point without a single loading screen. Locations were dynamic in that some had set times they open and closed, while others were open 24 hours a day to match the type of business. 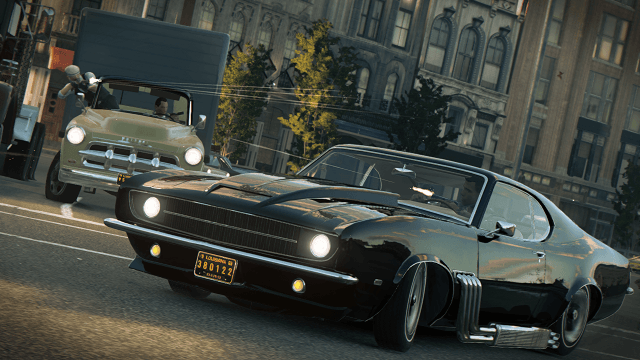 Adding to your immersion in the game world was how NPCs behaved towards and around you. Black women on the street would greet Clay nicely while some white pedestrians would say something racially insensitive. In poorer Black districts of the city, police will respond to witnesses calling in crimes incredibly slow, while in rich white neighborhoods Clay would be surrounded by an excessively large swarm of cops in less than a minute for even being seen having his weapon out. I mentioned earlier the abundance of locations Clay could walk into; among those are businesses where patrons and business owners will comment that “niggers aren’t welcome here”. Locations where Blacks aren’t welcome would lead to a short grace period of time for Clay to leave before cops were called for no reason at all.

I have to applaud Mafia 3 for having one of the best criminal stat or wanted level systems I’ve ever seen from a game in this genre. Unlike GTA where you carry a wanted level for what seems like an eternity, Clay simply needs to get out of eyesight from pursuing cops and within a few moments you’ll hear police dispatch say that visual contact has been lost and the search is being called off.

By gaining the trust of your underbosses through the previously mentioned side missions and by giving them control of territories and businesses you’ve taken over from the mob, you’re also granted ally services that are easily accessible from a real time game overlay. These ally services are very diverse, with one of my favorites being the ability to call in a squad of mobsters to support you in difficult combat situations and missions. Other abilities include bribing police to stay out of a certain area while you commit a crime or hit on mob affiliates, or having phone lines cut so mobsters can’t call in backup once you make a strike on their hideouts and properties. 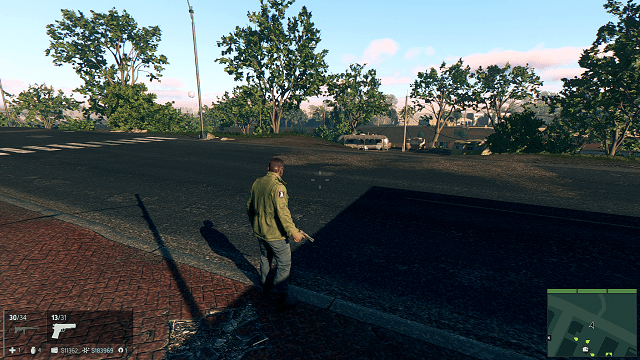 Mafia 3 is an incredible game that excels at putting you into the shoes of an African American male living in the late 1960s. The immersion in Mafia 3 is better than 90% of the games I’ve played in my lifetime and it’s due to the polish and thought put into the story, character development and meaningful narratively driven gameplay.

Mafia 3 is a well-crafted experience from beginning to end that isn’t bogged down by the random side activities seen in other open world games. It took me over 30 hours to complete the story and a majority of the side missions necessary to get the best standing with your underbosses. With the developers already committing to releasing additional story related DLC I believe Mafia 3 is a must-own title for any gamer that enjoys a quality narrative driven experience in an open world environment.