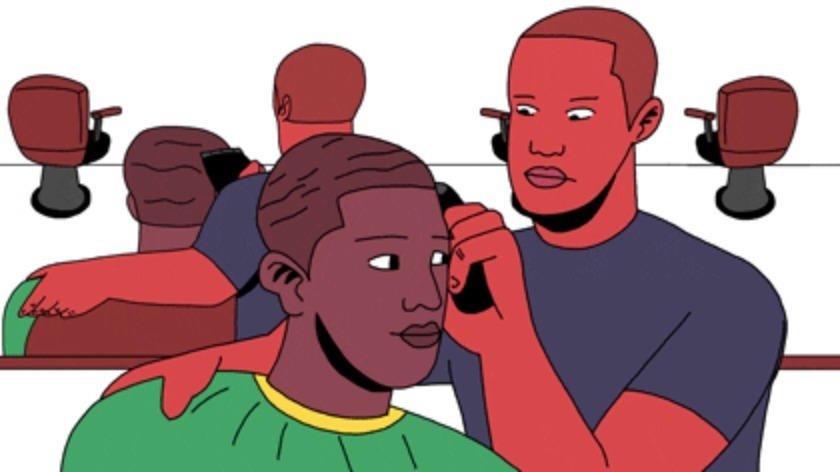 Every so often I’ll see tweets or posts from friends mentioning their barber. In them, the barber seems like a wise sage speaking truths or an intelligence officer providing intel for their field operator as they prep them for action. I’ve heard tell of so many interactions between barber and client over the years and have never experienced this. Folks be speaking bout their barber as if they’re jaeger drift compatible. The struggle of your barber moving away, having to find another, or refusing to ever go to another because it feels like cheating. This is a sacred bond. A bond of trust and one I’ve never known.

Doesn’t matter the gender/ how you identify, there’s something personal about someone else doing your hair. There’s a trust there with that barber, stylist, etc. Conversations naturally occur and you get to know one another. …my lack of sports knowledge hindered me greatly in this tho. (I don’t wanna look too deep into this for fear of finding out it’s cause I’m actually boring.) So for me, it always feels like I’m outside in the rain watching everyone in the barbershop laughing and celebrating. There’s also a barbecue going on in there for some reason… as well as line dancing. Moving around as a kid so much I never had the barber consistency. It feels like being born without a quirk (Izuku Midoryia) or the ability to use ninjitsu (Rock Lee). But whatever, I grow my hair out most of the time and don’t need a barber like that anyhow. So, maybe it’s not that serious and I’m making a big deal out of nothing. *stares back in the window and sees everybody teaming with their barbers to go on Family Feud* …I want it. Now saying all that, I saw something at Blerdcon 2019 that I’ve never seen at a convention before… a barbershop set up.

Do thine eyes deceive me?

How many nerd conventions you know got a whole BARBERSHOP!? @blerdconDC got you.

First and foremost, yes. This. All of this. A barbershop amongst an all-black-everything nerd + geek convention. A place where you can get the final touches or even a touch up to your cosplay? This is what I been needing in my life, all my life. Be prepared because I’m running with this shit for the whole nine yards. This is the future I’ve dreamed of. If this could happen then Kevin Garnett’s words still ring true to this day. “Anything is possible.” I legit saw this barbershop set up and created an entire fan fiction in my head. I envision dude cutting hair in his shop and getting excited when someone brings up comic book news or novel reviews, or gamer shit to discuss. (Listen, I may not know what a full-court press is, but I can tell you exactly how fast Barry Allen can move and who designed Misty Knight’s robotic arm. I know that information would be valued somewhere.)

I like to imagine that the haircut chart in his shop is riddled with Black comic book character’s hairstyles. Instead of saying the number you want, you gotta state the hero and the year of the cut. Because the Miles Morales Cesar circa 2013 looks a lot different from the Miles Morales 2019 cut. I’m just saying. You gotta know the era of the cut of the character you want. The comic character style chart gotta have’em looking like all-stars. If we’re being real about it, I feel we gotta have T’Challa’s (2019), Miles Morales (2018), Black Lightning (2018), and Static circa 2000. 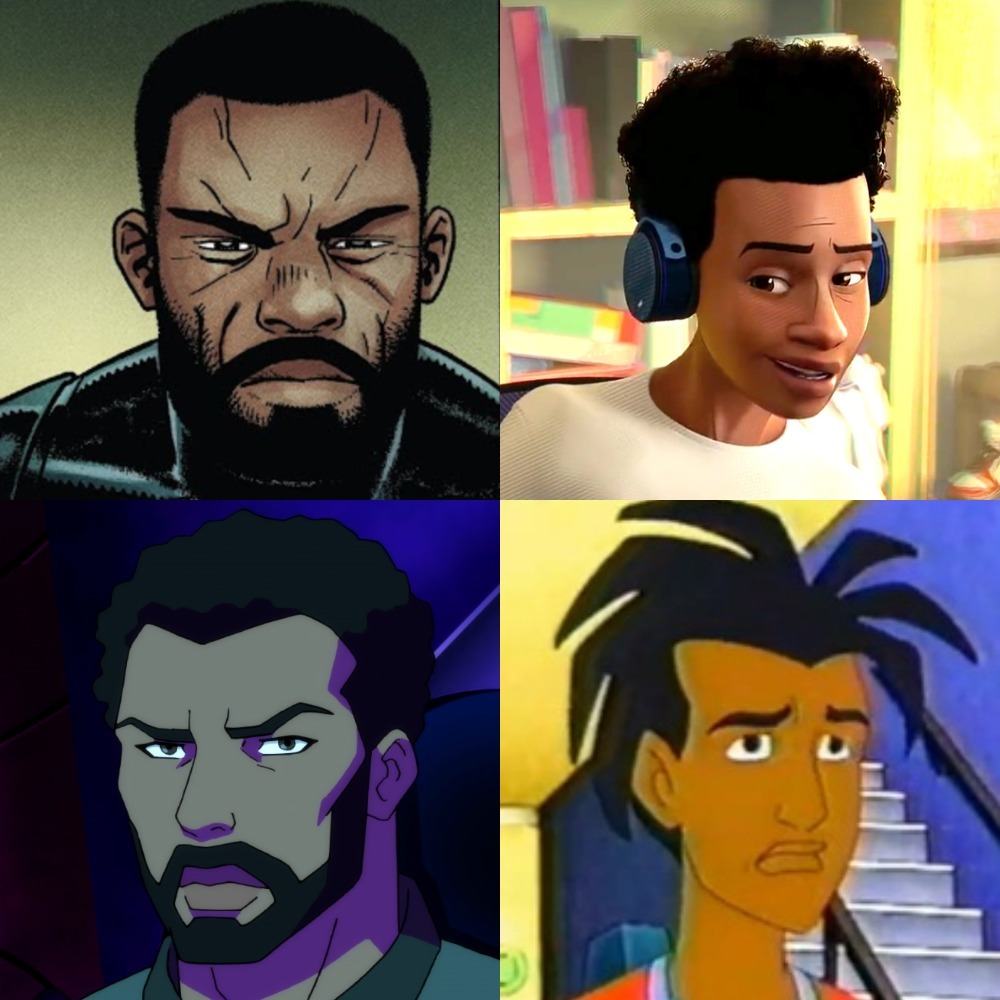 However, the hair chart isn’t afraid to expand beyond the traditional either. For the anime fans, they’d have choice selections as well. Sometimes you wanna go a different non-traditional route for the stunt. There’s a lot of looks anime haircuts could serve. I figured these would be some of the Black anime characters that be on that hairstyle chart. Them anime cuts are for when you’re feeling quite extra. It ain’t getting more extra than Kilik, Darui, Omoi, and Piccolo (you know damn well why he’s there). 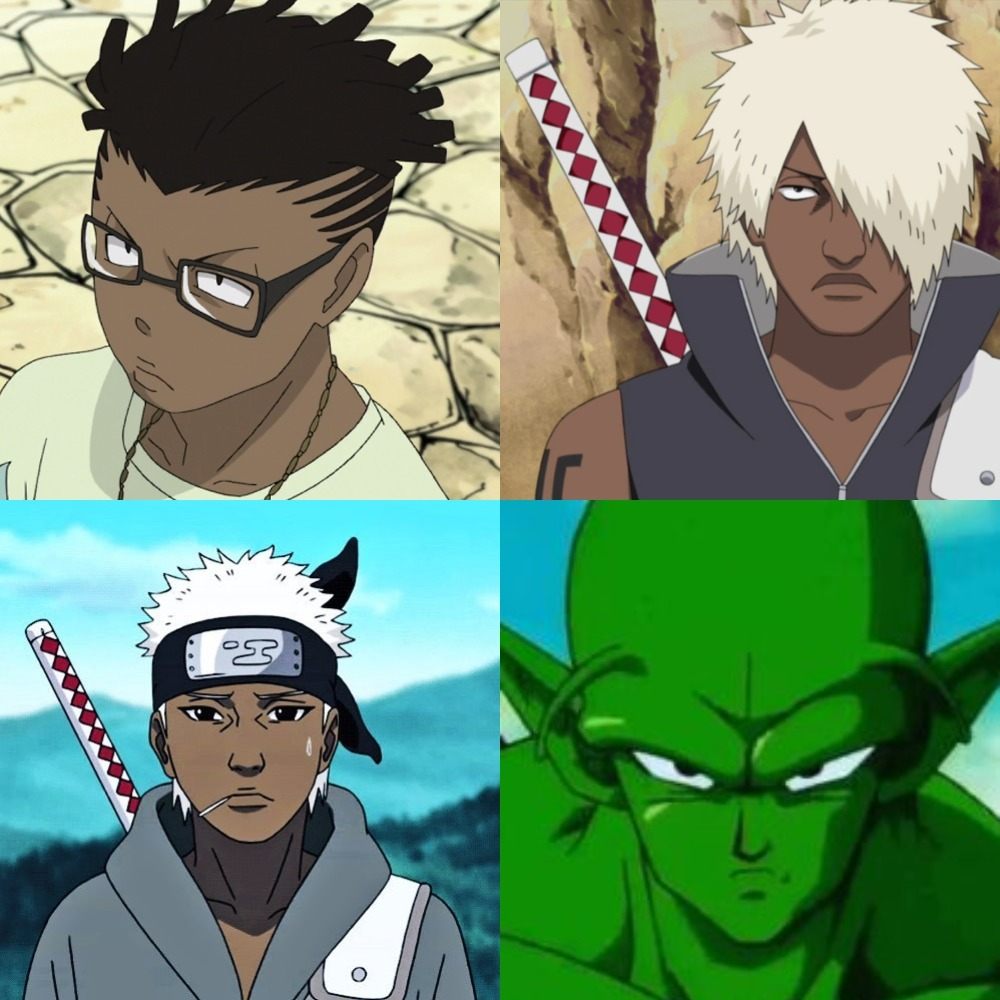 And let’s also not forget the digital video game boys with the pixels cut just right for their line ups. For this you gotta get them looks that span across the ages of platforms right here, From Eddy Gordo to Lenny Summers and Lincoln Clay to Charles Smith.

Them HD line ups and looks count too 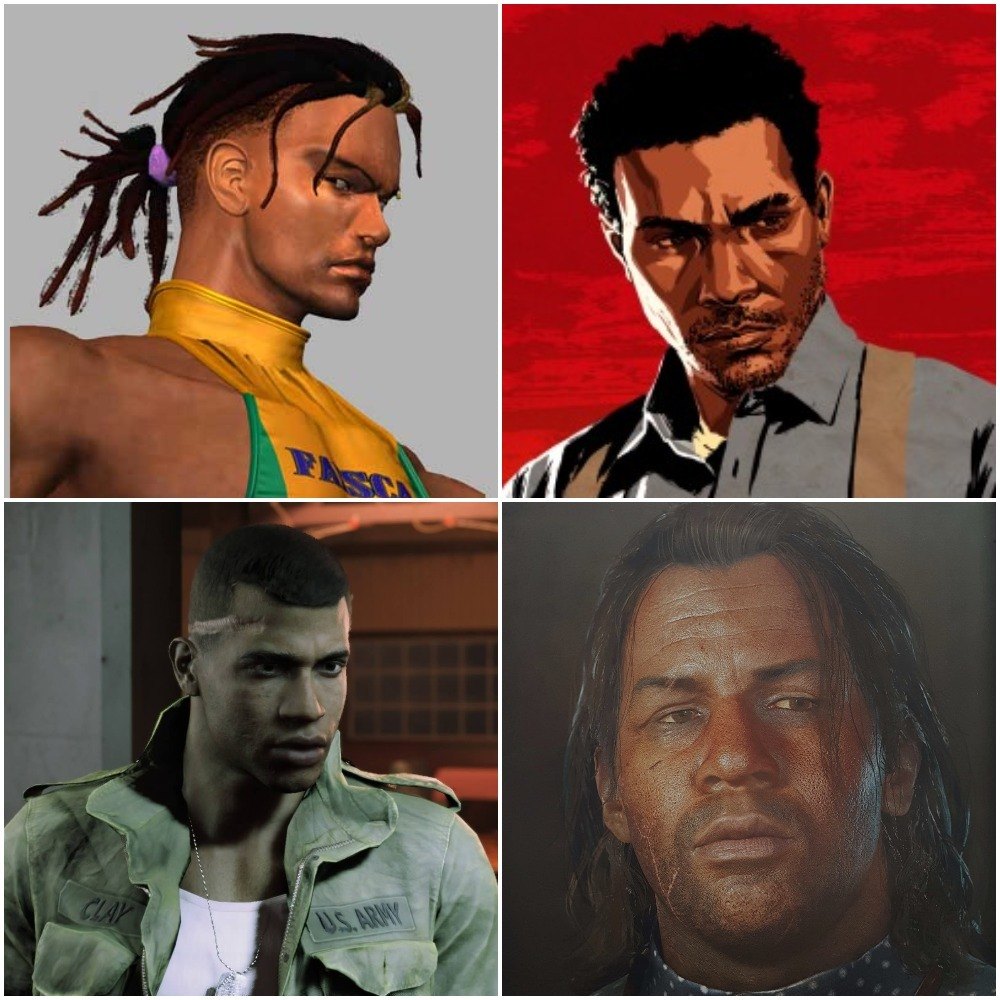 Listen, if there’s a barbershop somewhere out there with this type of nerd-friendly setup, lemme know. I need this fanfiction to be a reality. I’ve been denied this for far too long.