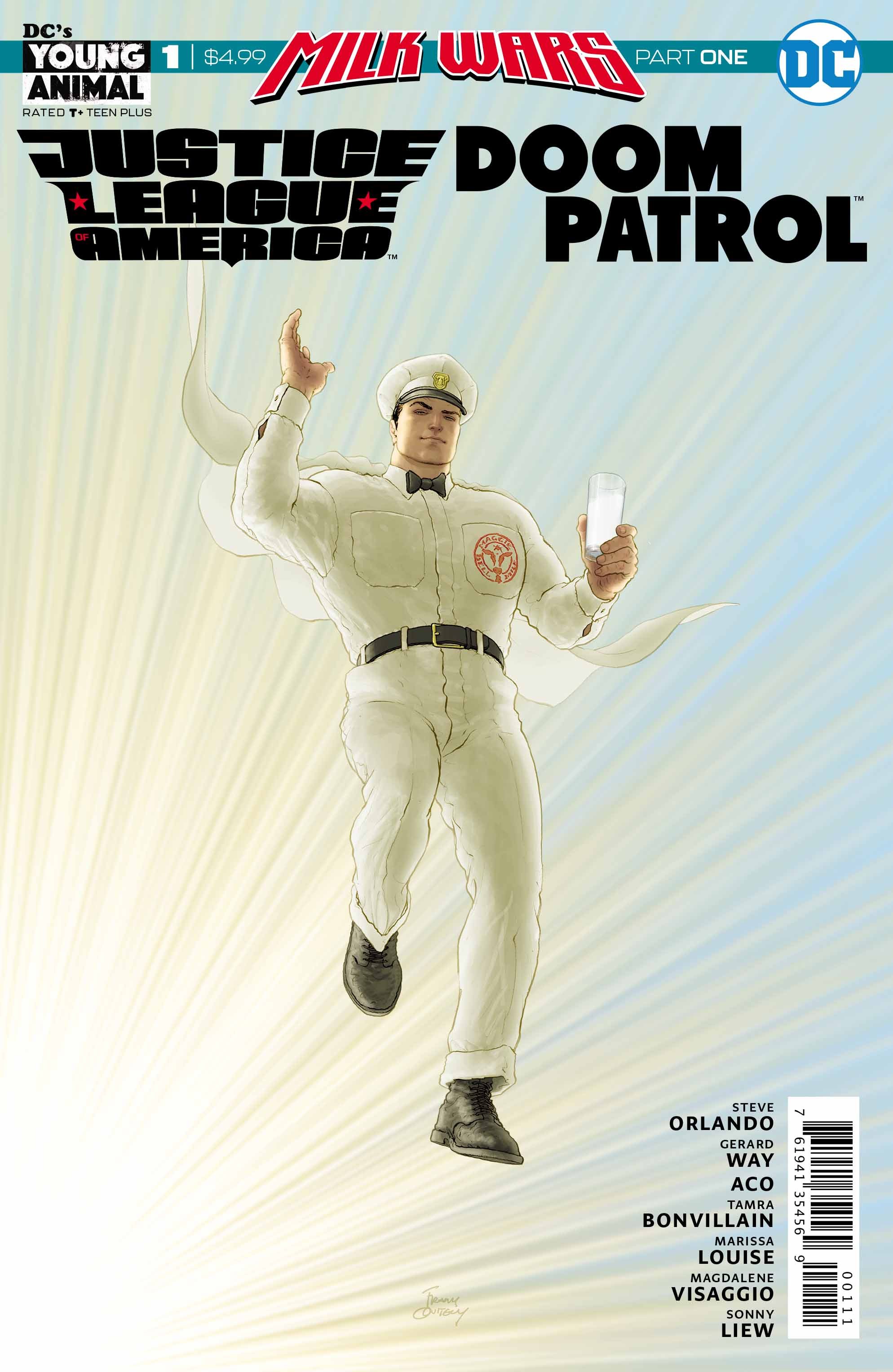 It is impressive that even with a weird title like Justice League America / Doom Patrol: Milk Wars, Part 1, it somehow still belies how utterly (or rather, udder-ly) bizarre the contents of the comic actually are. It does give a clear idea of the eccentric cast of characters and leave you wondering, “what exactly is going to happen next?”

DC Comics has always masterfully managed the myriad of threads in their multiverse, and Milk Wars continues this proud tradition. The hallmark of any great crossover event that muddles with the metatextual nature of comics is that it rewards longtime readers with a series of Easter eggs and gotcha moments. It also manages to give enough signposts for newer readers to still follow the story without having an encyclopedic knowledge of every single title that led up to whatever they’re currently reading.

Milk Wars is a continuation of Doom Patrol #10, and despite the various elements it pulls from, a veritable laundry list of current and historic titles, it’s a fun standalone that taps into the core of the superhero mythos and the spirits of comics in general. Although, it can be disoriented.

Way and Orlando have steered Danny the Ambulance and the motley Doom Patrol into a weird kinda alternative Earth somewhere in Providence, Rhode Island. Somewhere else, in a place called Final Heaven, a company called RetConn is offering its services to its… otherworldly clientele. And with this framing, Way and Orlando present a strange sort of satirical look at the comic book industry and the creative process. It’s a critique on 1950’s wholesomeness and family values all contained within a narrative about how different groups of misfits empower each other in dire circumstances.

ACO’s artwork perfectly captures the retro/modern contrast. The surrealism of this pocket universe is perfectly realized, coupled with the beautiful colors of Bonvillain and Louise. The design is crisp and results in something with all of DC Comics’ DNA, but with a unique presentation.

If I had time, I’d take a corkboard and start arranging comic book clippings with color strings to try and make sure I understand everything that’s happened in the book. There’s a lot going on and the rest of the Milk Wars are probably going to follow suit. But if you’ve been following any of the Young Animal titles, if you’re a fan of offbeat, off-the-rails humor, you’ll find yourself bewildered in the best possible way.

In a 2017 interview, Gerard Way recounted how Grant Morrison told him to “find a new weird”. There is no doubt in my mind that the creative team for MILK WARS has found that new weird.