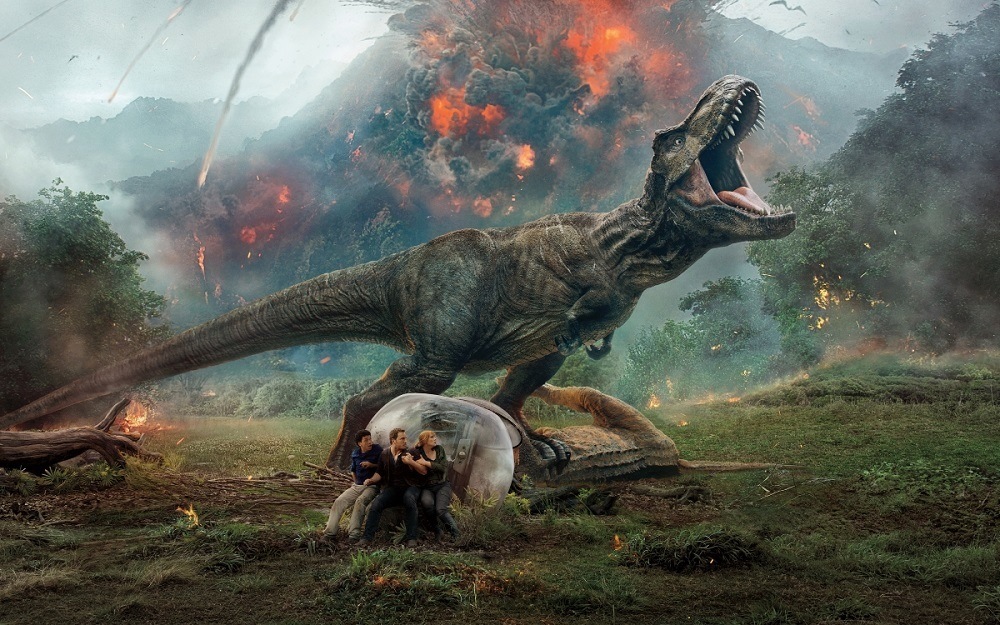 Jurassic World: Fallen Kingdom is surprisingly an entertaining film that takes franchising very seriously. When I saw the first trailer for Fallen Kingdom, I was intrigued and excited, contrary to many gung-ho Jurassic Park fans, I liked the first Jurassic World. It might have been my nostalgia for the films, or my childlike desire to ride in a gyroscopic mobile alongside Gallimimus…Gallimimai?? Either way, I was all about the park, the old movie set references, and the corny dino moments. The second trailer that was released for Fallen Kingdom had me skeptical – dinosaurs creeping into girls’ bedrooms, terrorizing people in a suburban setting, I was like – have we learned nothing from Lost World? I was prepared for a horrendous mistake in the Jurassic genre. Alas – I was pleasantly entertained by the storyline, dinosaur involvement, and slight references to the first film – Jurassic Park that is.

You have to go into the movie remembering that this is a franchise film series. It is not the first awe inspiring film that mesmerized us with living dinosaurs and movie technology never seen before on film. It’s not about first advances in modern science that argue whether it can bring new knowledge to society, or if it can bring doom to us all. It was more about how excessive we have become in war profiteering and how we basically want to doom ourselves, so let’s have fun watching Malcolm aka Jeff Goldblum’s character be right.

Plus, the addition of the Lost World premise of auctioning off dinosaurs, which actually works…Mr. Eversol played by Toby Jones (Captain America: First Avenger) playing a pompous dino auctioneer to the international war mongers.

The premise is a bit topical as it gives us the classic humane treatment of animals dilemma, should we save dinosaurs or let nature takes it course? At first, I was like, “life finds a way”… in the shape of an active volcano to make dinosaurs extinct again, and then I was watching a volcano wipe out dinosaurs again, and I was legit in the theater tearing up. When Claire (Bryce Dallas Howard) gives that speech over the phone talking about, “imagine your kids who have grown up seeing dinosaurs since they were babies, watching them go extinct,” I was like oh sh#$ in this world, kids know dinosaurs like we know tigers and giraffes, damn.

So, the film doesn’t catch you for it’s deep storytelling and life altering messages (remember…franchise), but it has to one up itself somehow. They bring in the genetic splicing and editing that the first Jurassic World does, and in my opinion they make a much better dinosaur, the Indoraptor. I won’t go into much detail, but it is made for combat and is making frickin’ protein shakes and doing pull ups. It’s got biceps, like five fingers, and a cool slicked back mohawk. It’s fun to watch this dino do its thing, you know… killing. 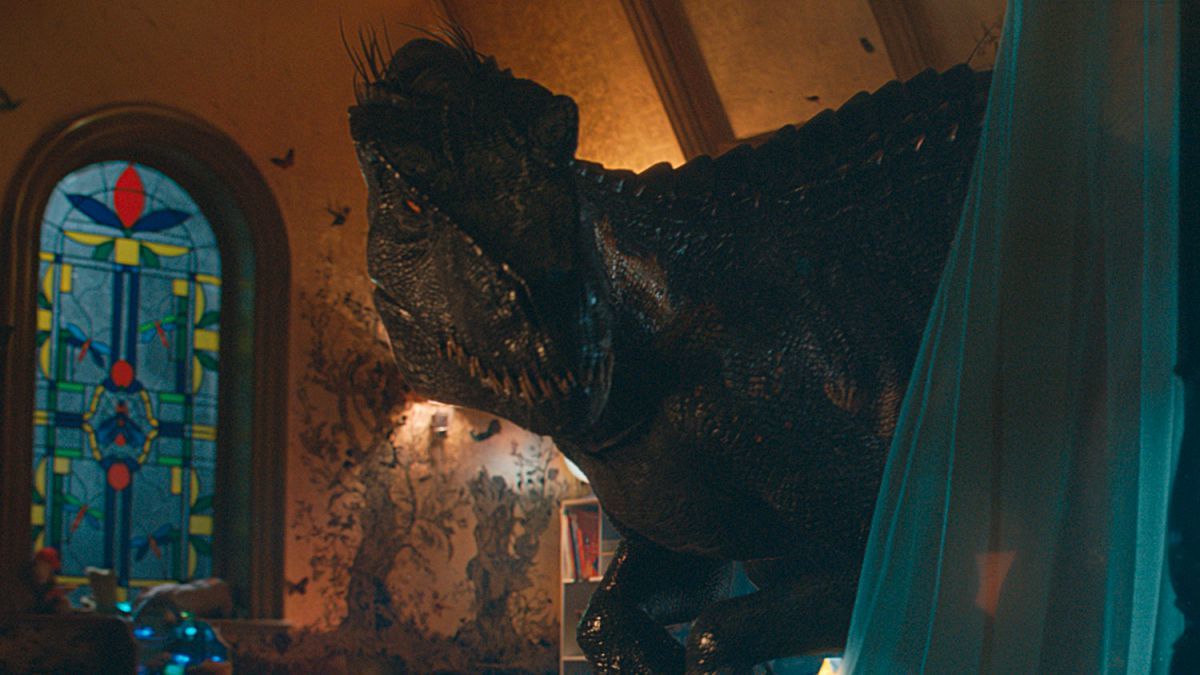 The film takes you down the classic “we’ve gone too far with science” route, and BD Wong is still killing it. His character is the only one that gets more nuanced with time – aging like a fine wine and getting so many more undertones. BD Wong is amazing in this franchise for real; he even looks like he has more and more fun with it as time goes by. I mean he gets to play a mad scientist that is sensitive about his sh&%$, what else could an actor want?! 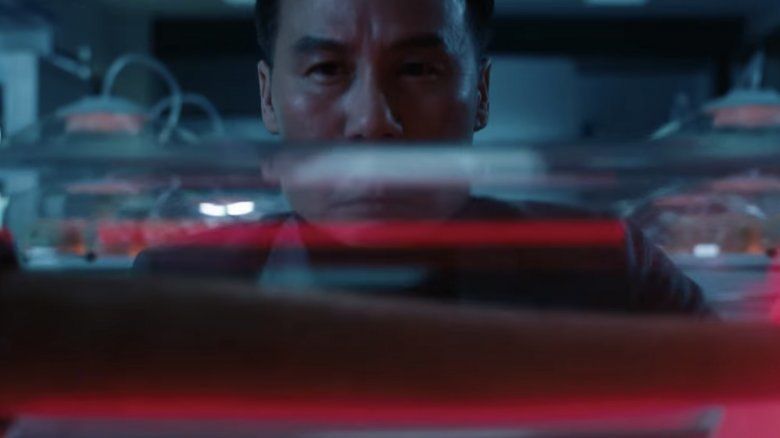 That said, we bring in some fun new characters, Franklin Webb played by Justice Smith (The Get Down), the comic relief computer systems analyst thrown into field work when he is not prepared to run for his life from human flesh hungry dinosaurs. Franklin is the man, he can hack into computer systems, then learn to anchor a boat on the fly, and become a geneticist all in one day. The man is a jack of all trades, and this trip really helps him rise to his power.

We got Zia Rodriguez, played by Daniella Pineda; a newcomer to me but some people might know her from TV shows such as, The Originals and American Odyssey. Zia is our new dinosaurs doctor, Laura Dern’s character from Jurassic Park if you will. She is giving blood transfusions to raptors and waving guns at mofos so… I like her.

Blue, of course makes a comeback, living her life – sans cages, and it’s definitely not about that captured life but you know, saves her buddies when she can.

For me, the movie brought a certain comfortable feeling and a slight smirk to my face in the odes to the classic movie moments from the first Jurassic Park film. Here are a few – (skip ahead if you don’t want slight spoilers)

Trying the close the cupboard door in the kitchen scene makes a comeback in the form of a dumbwaiter, hiding scene from the kitchen but in a museum, the classic raptor toe tap on the floor, the computer wiz rebooting the system, car mirror view – but a human this time, dinosaurs opening doors – they really love that in this franchise, feeding T-Rex’s goats, marveling at Brachiosaurus, and an end view of Pterodactyls flying free over the water. Phew! That’s a lot, and even more if you really pay attention.

The movie does take us on a new unexpected, but likely next phase, in our journey, and everything hinges on this girl right here… 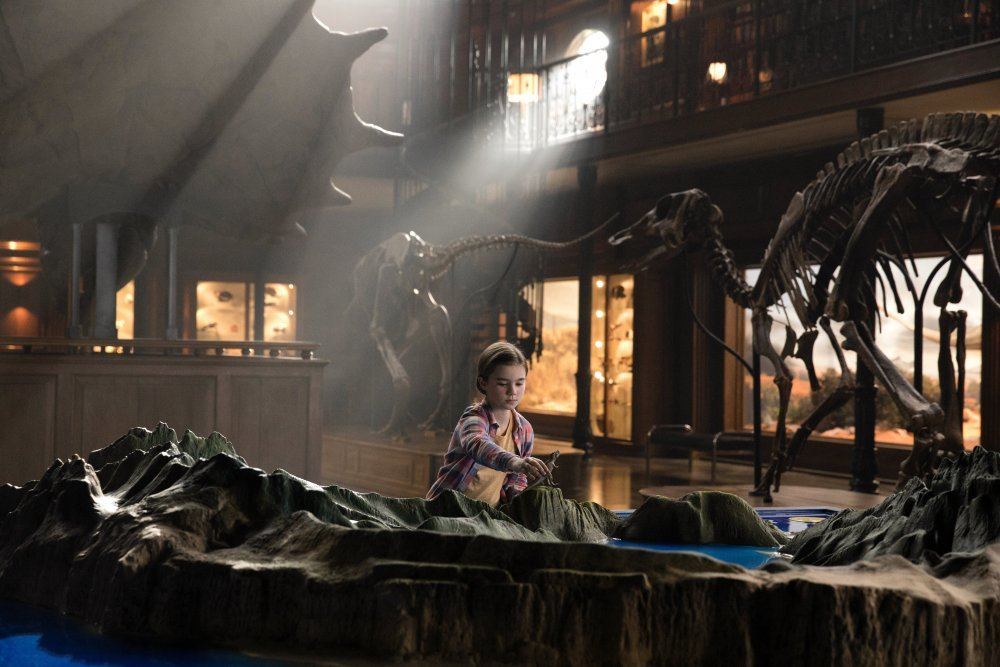 Maisie Lockwood, the offspring of Hammond’s estranged business and scientist partner Benjamin Lockwood. I am NOT spoiling this for you, you gotta watch the film to know why the new turn of events in this franchise begins with her.

That said, the film is good. It won’t change your life, or hold a candle to the first movie (Jurassic Park of course), but it definitely solidifies the franchise of Jurassic World, and we can expect many more to come in this style. I think they made the first film just so they could get to this second movie and have Jeff Goldblum to say – “we are truly living in a Jurassic World.” AH – okay.

I say – go see it, you’ll have a good time and don’t have high expectations – it’s a world where Chris Pratt raised a dinosaur as a pet…