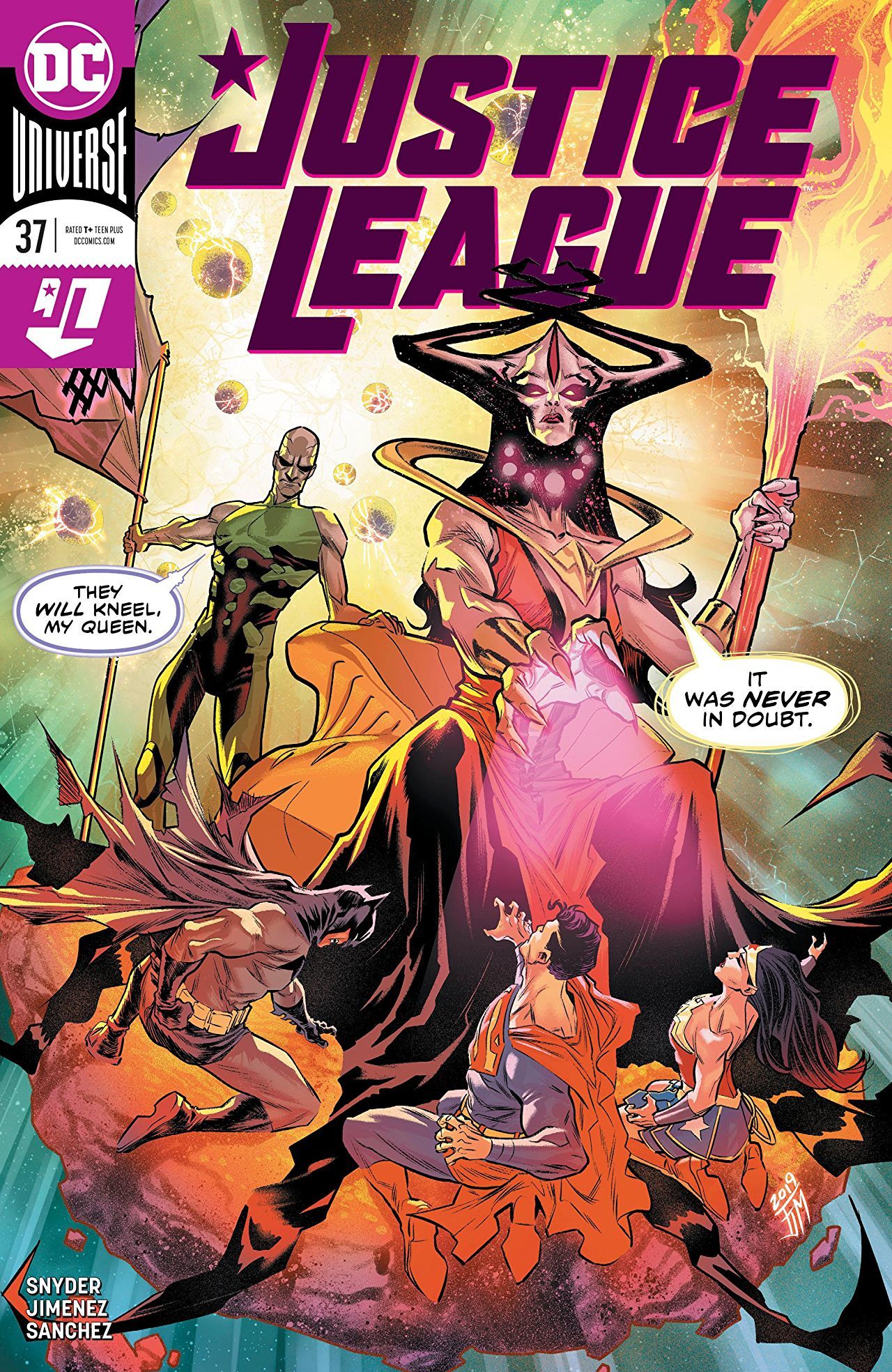 If I had to pick a single series that exemplifies all of the best qualities of DC Comics, I don’t think I would hesitate to point to Scott Snyder’s Justice League. Time and time again, Snyder has proven that he has a deep love for the DC mythos and innate understanding of what makes a compelling ensemble story, and there are few moments in 2019 that have got me as hyped as seeing the Justice League charge into battle alongside an aerial combat platform version of the Hall of Justice.

It all comes down to this. @JorgeJimenezArt@loquesunalex@TENapolitano and me pic.twitter.com/s2FoqDURAZ

There is an unrelenting optimism at the core of Justice League #37, a phrase that I often find myself using when I’m enamored by the collective efforts of the Justice League no matter what the conflict is. The entirety of the Justice/Doom War has been a slugfest with the Legion of Doom maintaining a steady advantage as the Justice League manages to barely endure blow after blow to their plans, but they just refuse to surrender. (Shoutout to Jarro for also exemplifying the bests of the DC universe by explaining how Batman is ready to “get real #$%^ stupid in here” in response to Lex’s jeers and taunt).

The desperation behind the League’s final gambit is palpable, but it’s also immensely satisfying to see how Snyder reaps from all of his prior harvests. The culmination of all of the arcs feels appropriately bombastic, and it certainly helps that Jimenez is completely slaying every single page. Throughout the different set pieces and action sequences, there is a certain grandiosity in the panel, and you can feel the resolve emanating from the heroes. Pages distill the iconic defiance of the characters and let Jimenez and Sanchez flex their mastery. Without saying too much more, I want the final page as a full-size poster so I can hang it everywhere because goddamn. 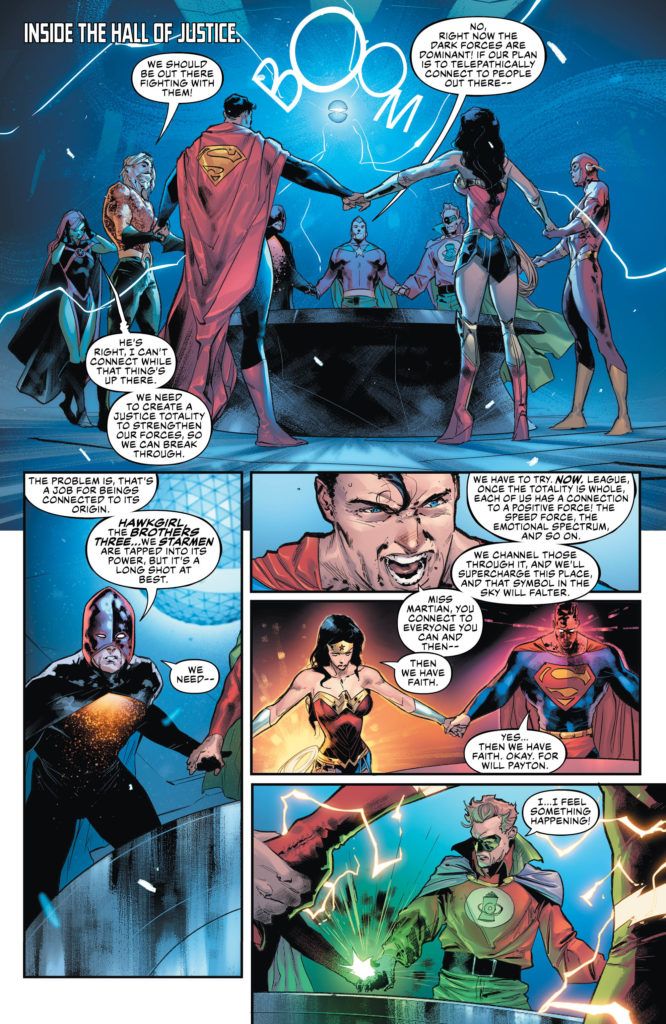 This is an issue you’re going to want to pick up and read immediately. This is not one you should let lay on your desk. This demands to be experienced. This is the climax that Snyder has been building up to, and it’s one of the most exhilarating reads of the year. The final confrontation with Perpetua is on the horizon, and Justice is prepared to meet doom at the gates, and I’m just so incredibly hyped for this book right now.