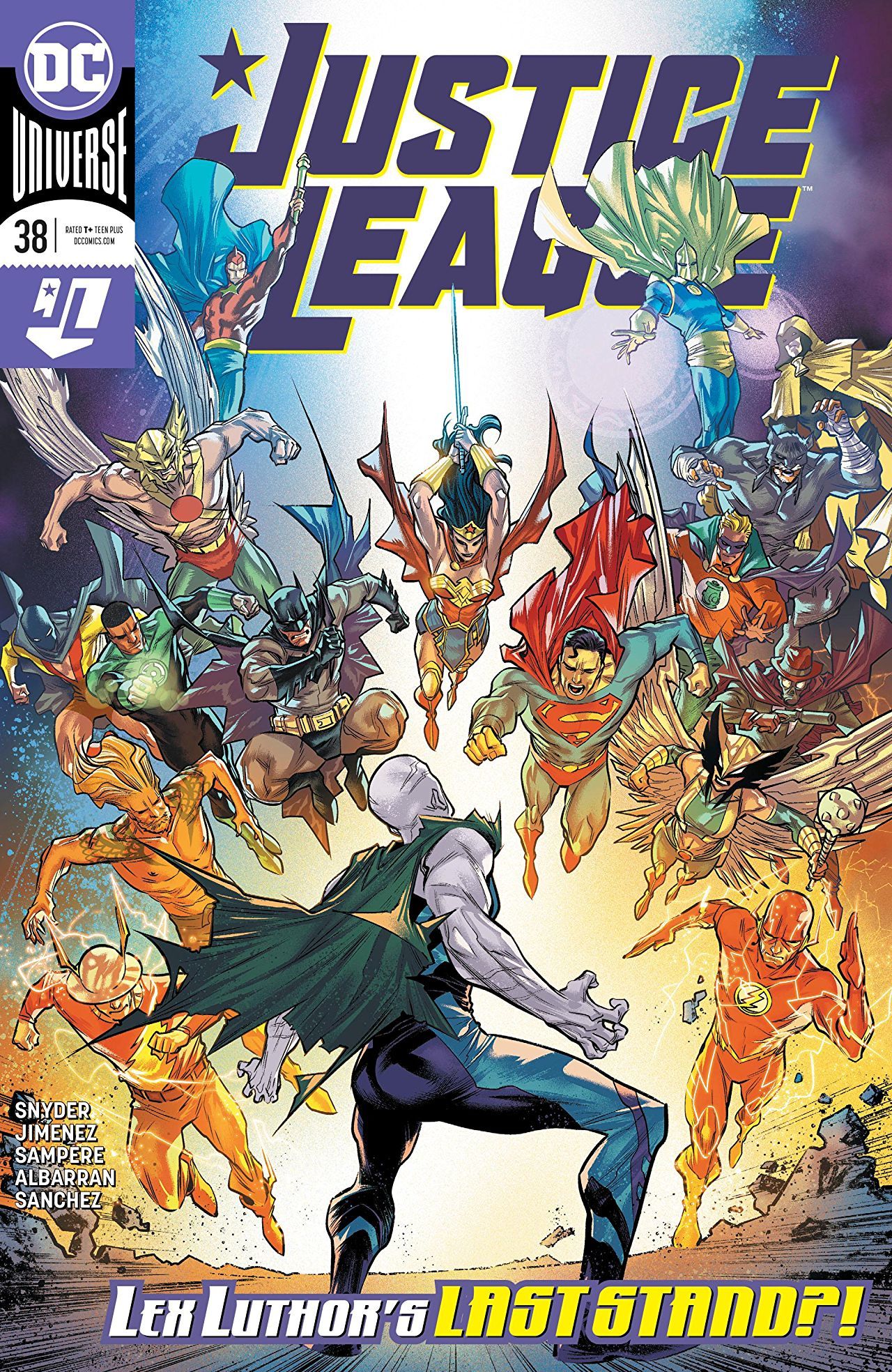 It’s go time, y’all. One issue until this wild ride of a run is over. The finish line is near, and everyone knows what needs to be done to ensure victory. The only thing to do now is to actually do it.

The Justice League isn’t trying to win. They’ve pretty much accepted that that isn’t a possibility. But as Wonder Woman puts it in this issue, “We’re here to go down swinging.” And if that’s not the most heroic thing I’ve ever heard from a literal God, I don’t know what is.

After that, the main Leaguers take turns getting their licks in on Luthor in one on one scuffs. But he still proves to be stronger than our heroes because he now controls the seven forces of power that inhabit the multiverse– especially after he double-crossed his Legion of Doom. He siphons their power while they’re imprisoned. What a punk. 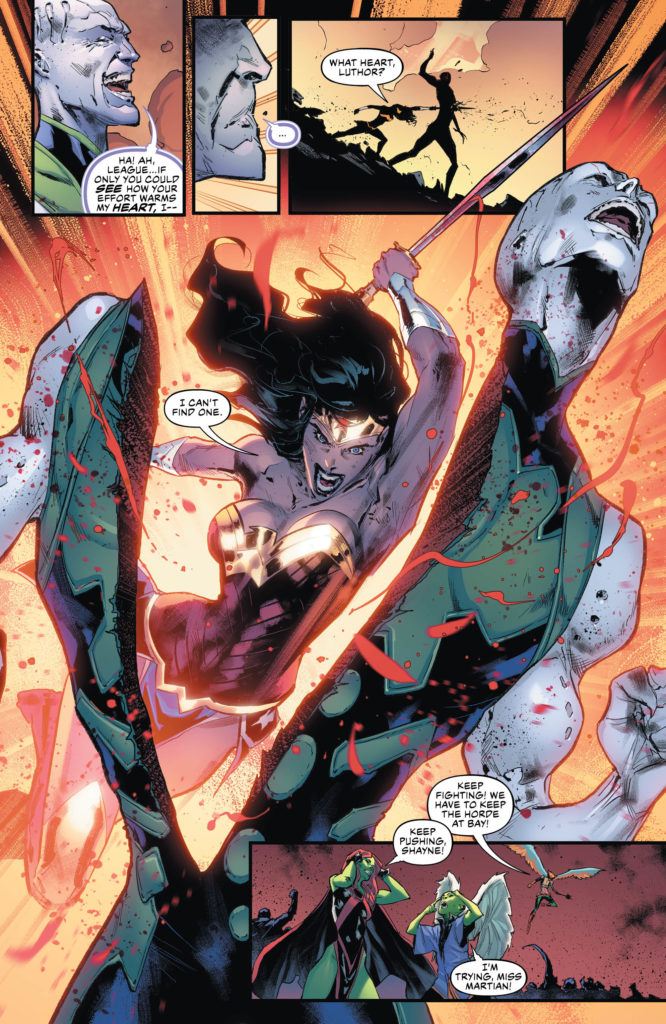 The best action moment from this issue had to be when Superman got his turn on Lex. My guy hits him with his full strength, at least according to Luthor. It was a damn good punch, and it should have done a lot of damage, but this is Apex Lex we’re talking about, so it didn’t really phase him. Either way this was a really cool scene because it placed Superman and Lex Luthor at the center of the conflict, and it became much more than about trading physical punches. Their storied history was brought to the forefront as Superman swung with his words instead of his fists. His unapologetic truth hit Lex harder than any sun-soaked Kryptonian right hook ever could. I honestly loved this.

As I said before, the main objective for the Justice League is simply to go down swinging. But Shayne, the imaginary “What If?” son of Hawkgirl and Martian Manhunter doesn’t want to settle with that. This was his issue as it was anyone else’s because his actions set the Justice League up to maybe do a little bit more than go down swinging. Our beautiful boy goes into Lex Luthor’s mind and rips J’onn out of the prison he’s been in– a prison that allowed Lex to become an Apex Predator. And with J’onn back and Lex out of commission, the only thing that stands in the way now is Perpetua. It’s good to have all the players off the table but this is the big boss. There isn’t really any time to celebrate. If this was Chess, Luthor would be like a Knight. Sure, it’s a powerful piece but it’s not the most important. Perpetua would be the Queen. Is the Queen the most important piece in Chess? I think it is. I haven’t played since like 2005.

9.5 Super-Soaked Superman Punches out of 10