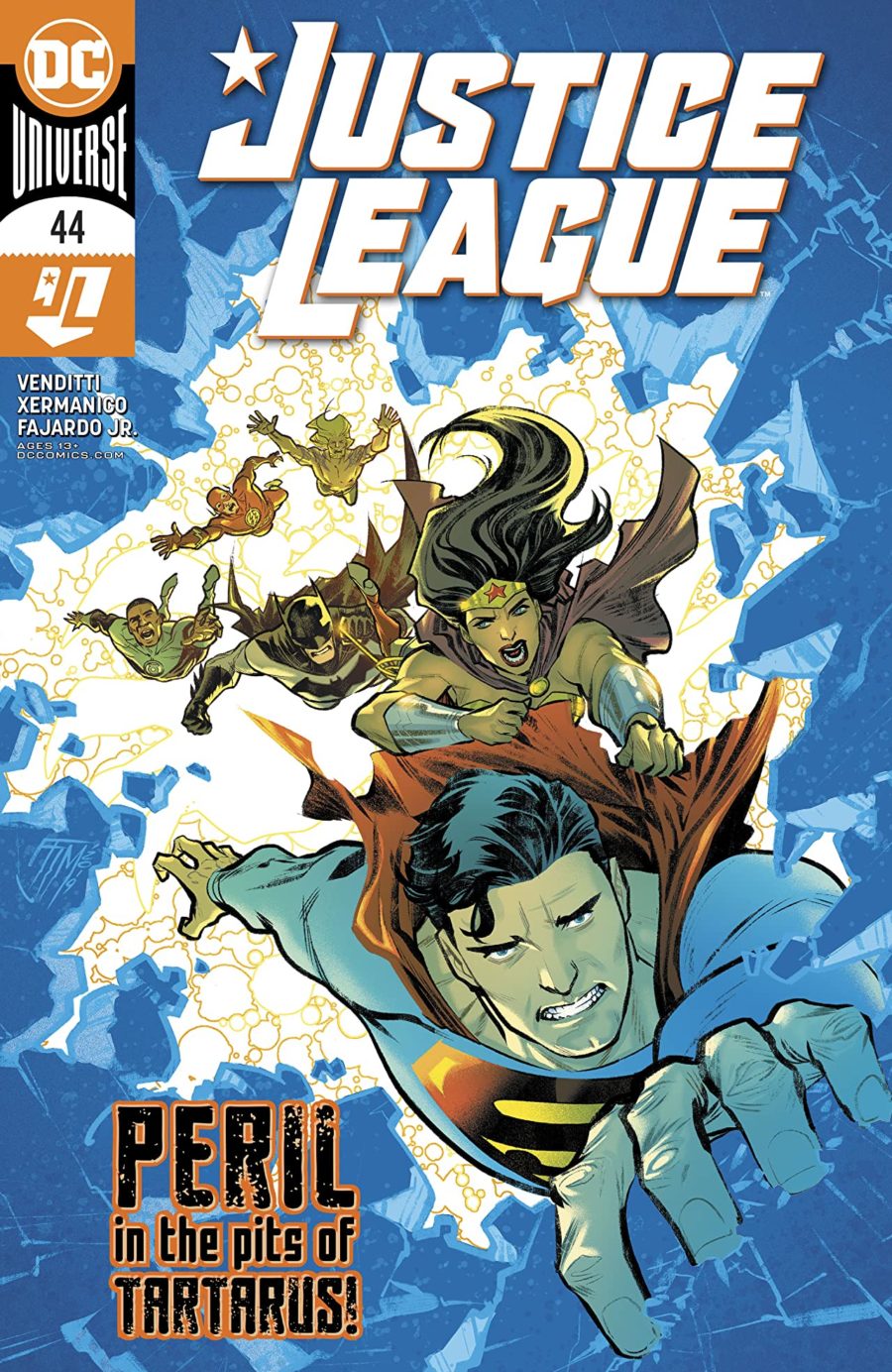 Ah there’s no feeling quite like diving back into a series right when a new story arc kicks off that you know you’re going to love. That was the case as I picked up Justice League #44, which is the start of the “Cold War: Monsters Within” storyline.

The issue kicks off in Atlantis, which is always fun to visit. Well, when it’s not under attack by giant monsters.

Aquaman calls in the Justice League — it is their book, after all — and they find him in the middle of a heated battle in Antarctica with multiple mythical beasts. We’re talking the Hydra, a Griffin, and a long list of other creatures straight out of your nightmares. But because it’s the Justice League, they’re quick into action for some high-flying, explosive battle scenes that made the Greek mythology fan in me squeal. 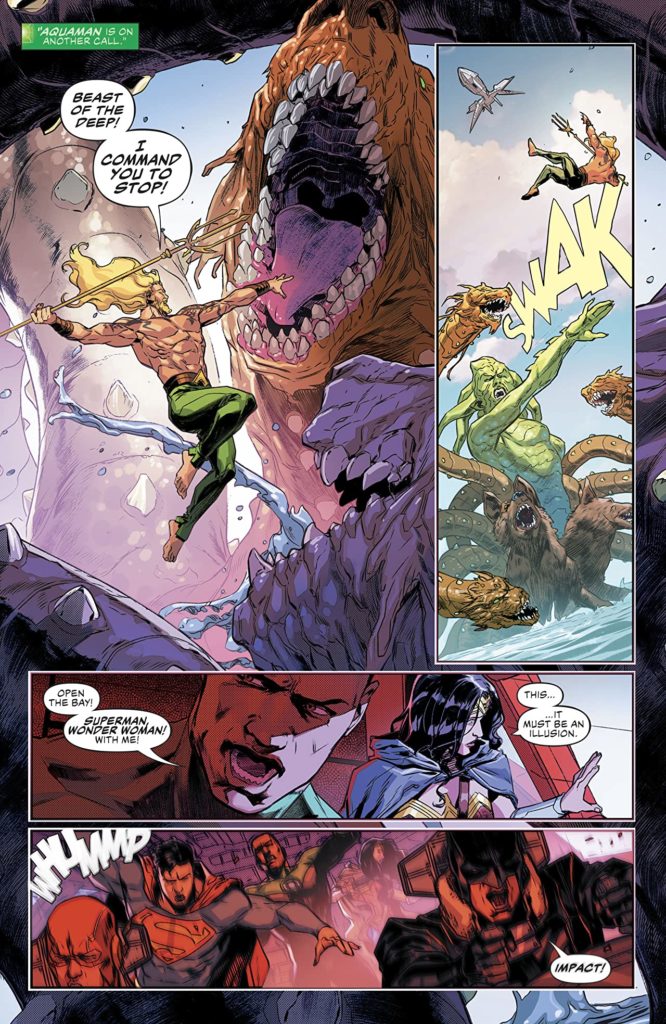 This issue is probably close to two-thirds battle sequences, and every member of the League gets to use some of their best power moves against monsters that can actually take it. And there are no people around since they’re in Antarctica, so they don’t have to hold back!

By the end of the issue though, it becomes clear that this storyline is likely going to involve a lot more exposition down the road as it’s revealed that the Spectre has tapped into all of the League’s deepest insecurities and turned them against one another. Is this gonna lead to some intra-League beef? I sure hope so.

Overall, this is the kind of pacing you can’t maintain for an entire story, but it’s sure a lot of fun when you’re in it. My only hope is that the following issues find a good balance, and we’ll come out of it with a solid story from top to bottom.