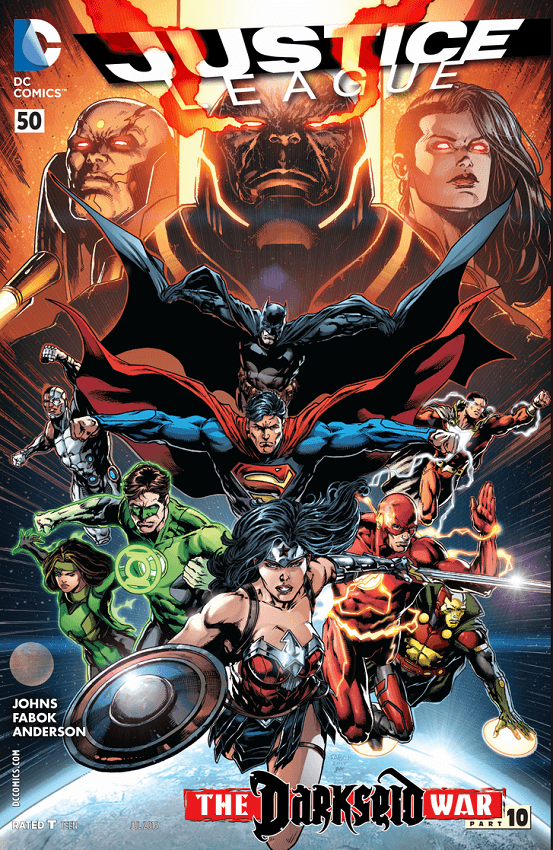 Geeeez. If you are pressed for time and can’t read this review, I would instruct you to the following video.

Are you not entertained! Is this now why you are here?!

To say that Johns throws everything into this last expanded issue of Justice League is to say that sometimes, down south, during July, the temperature rises a little bit. While it obviously took about 50 pages to do it, Johns manages to tie off every storyline in big and robust fashion. He somehow manages to bring every Justice League member back to center, give other members new beginnings. Kill villains, bring them back to life, kill them again, vanquish other threats, get another band back together and then send them on tour. 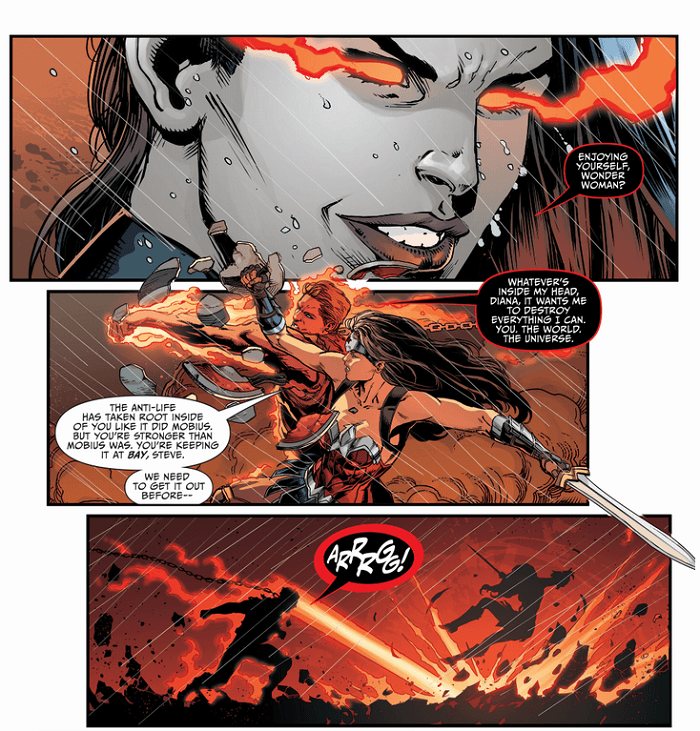 [divider type=”space_thin”]
It is dizzying and amazing to find so many things happening in this, most of them in a pretty satisfying way. We finally get the full story behind Grail, Myrina, and how the Amazons defected from Themyscira and under what circumstances. It isn’t always coherent with a movement and cast this big, but it altogether epic in the storytelling. This is how a Justice League book should be. Large, almost unimaginative threats that take a collective whole to just hang on and save the world.

And of course, this wouldn’t be possible without some fantastic art and I’m telling you, Fabok is doing the Lord’s work on this book. With the action being cranked up to about 12, he handles it so well, from panel to panel. It is clean and bombastic at the same time, never leaving to question what is happening despite the intended chaos of it all. I really hope we get to see more of Grail in the future, especially drawn by Fabok, but she is instantly one of my favorite looking characters in comics right now. 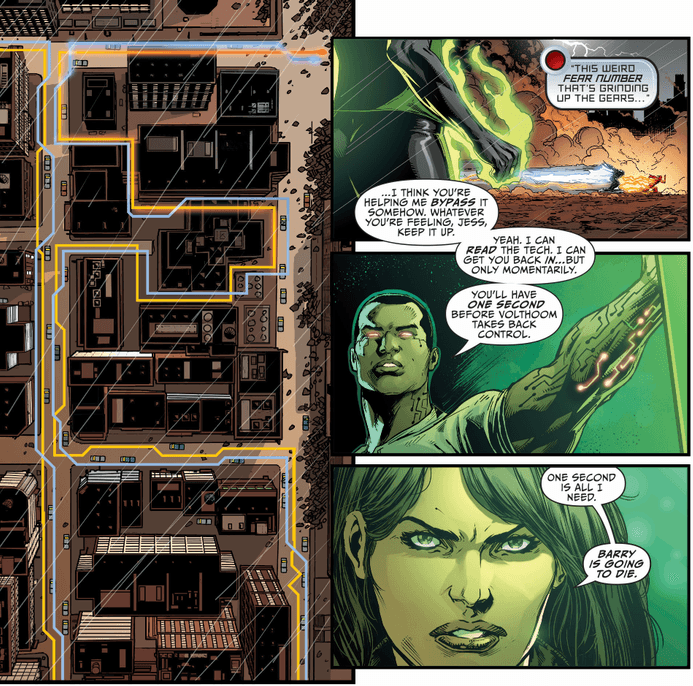 There are triumphant moments, some silly moments, but altogether satisfying moments in Johns/Fabok’s dismount on Justice League before DC Rebirth. With a few dips in certain storylines, since the beginning, Justice League has been one of the most consistent books in DC’s catalog and this issue was a fitting end to it all.