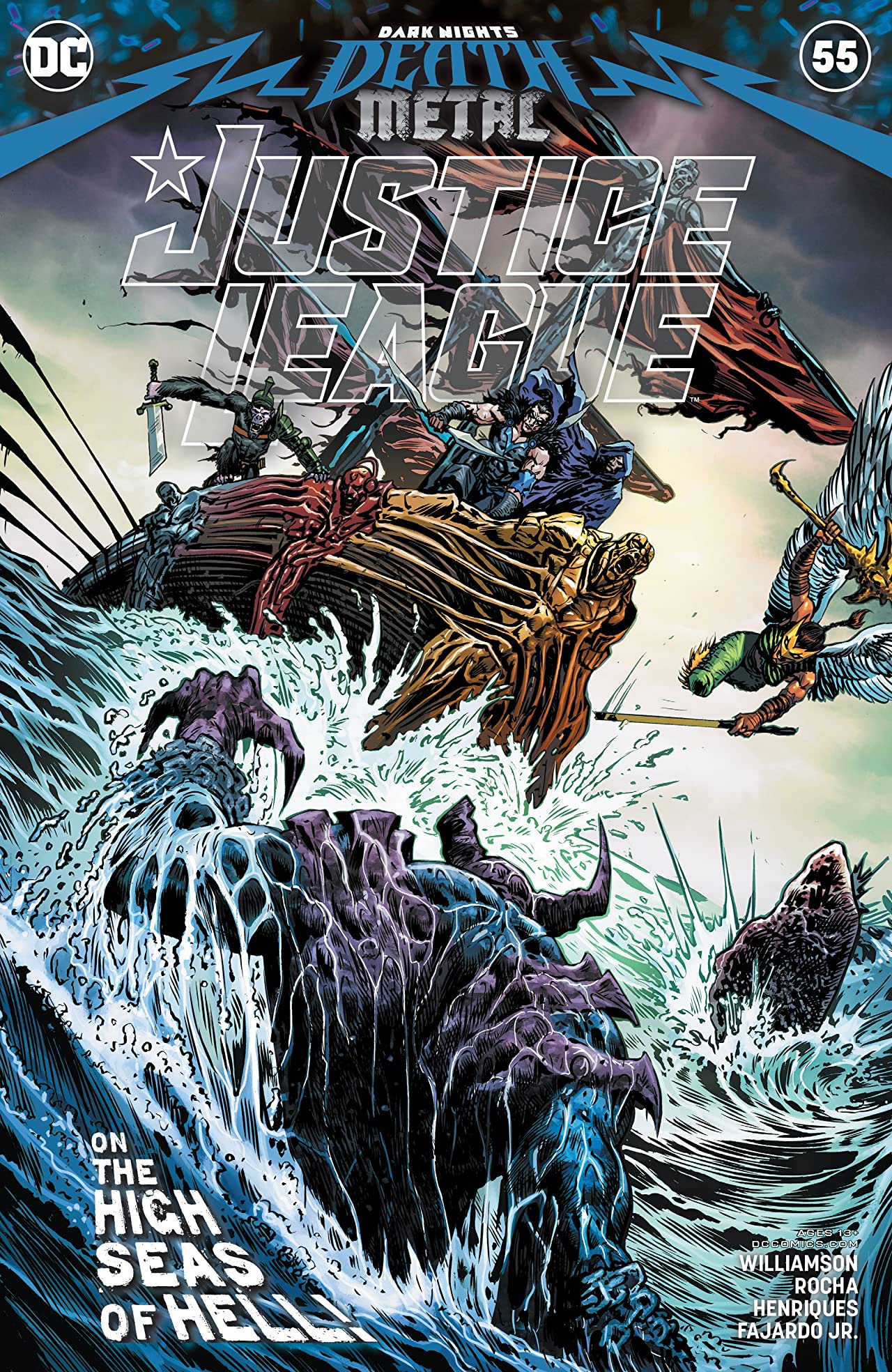 We are utility belt deep into the Dark Knights: Death Metal event that’s been taking over DC Comics for the better part of 2 months. And one of the titles that has an extended tie-in is Justice League.

But this isn’t the team you’re accustomed to. While the OG Leaguers are on the front lines of the war with Perpetua, Nightwing, Starfire, Hawkgirl, Cyborg, Detective Chimp, and Lex Luthor take a journey to find Martian Manhunter.

Only problem is, he’s in a mental battle with his Dark Multiverse Batman counterpart, Mindhunter.

In issue #55, the team, led by Nightwing, is in the heat of a battle that was sparked by them crossing through a valley of a thousand Starros. As you probably know, the purple alien starfish has strong psychic capabilities when there’s just one of him. Add nine hundred and ninety nine more? You’re gonna have a problem.

So Lex and Nightwing have to fight the rest of the team who are fighting visions of their loved ones.

I have been really surprised by the tie-ins to this event. I usually hate tie-ins. But every time I read one for Death Metal, I’m pretty impressed with what they’re doing. They still aren’t all necessary for the grander story, but I never feel like I’ve wasted my time or money.

Williamson, coming off of his run on Justice League Odyssey, is writing all of these characters strong and in a way that fits neatly into what’s going on in the world. I’ve been enjoying this run because it’s continuing the thread from Scott Snyder’s Justice League run by putting Martian Manhunter and Hawkgirl at the center of the conflict.

Rocha on art has done a wonderful job of capturing the dystopian look and feel of this new twisted Earth we find ourselves in. Everyone is done up in Mad Max esque costumes and they all look pretty dope. I’d trust this group if I was stranded in a desert with nowhere to go.

Justice League #55 pits the team against each other and Nightwing will have to trust Luthor if he wants everyone to survive.